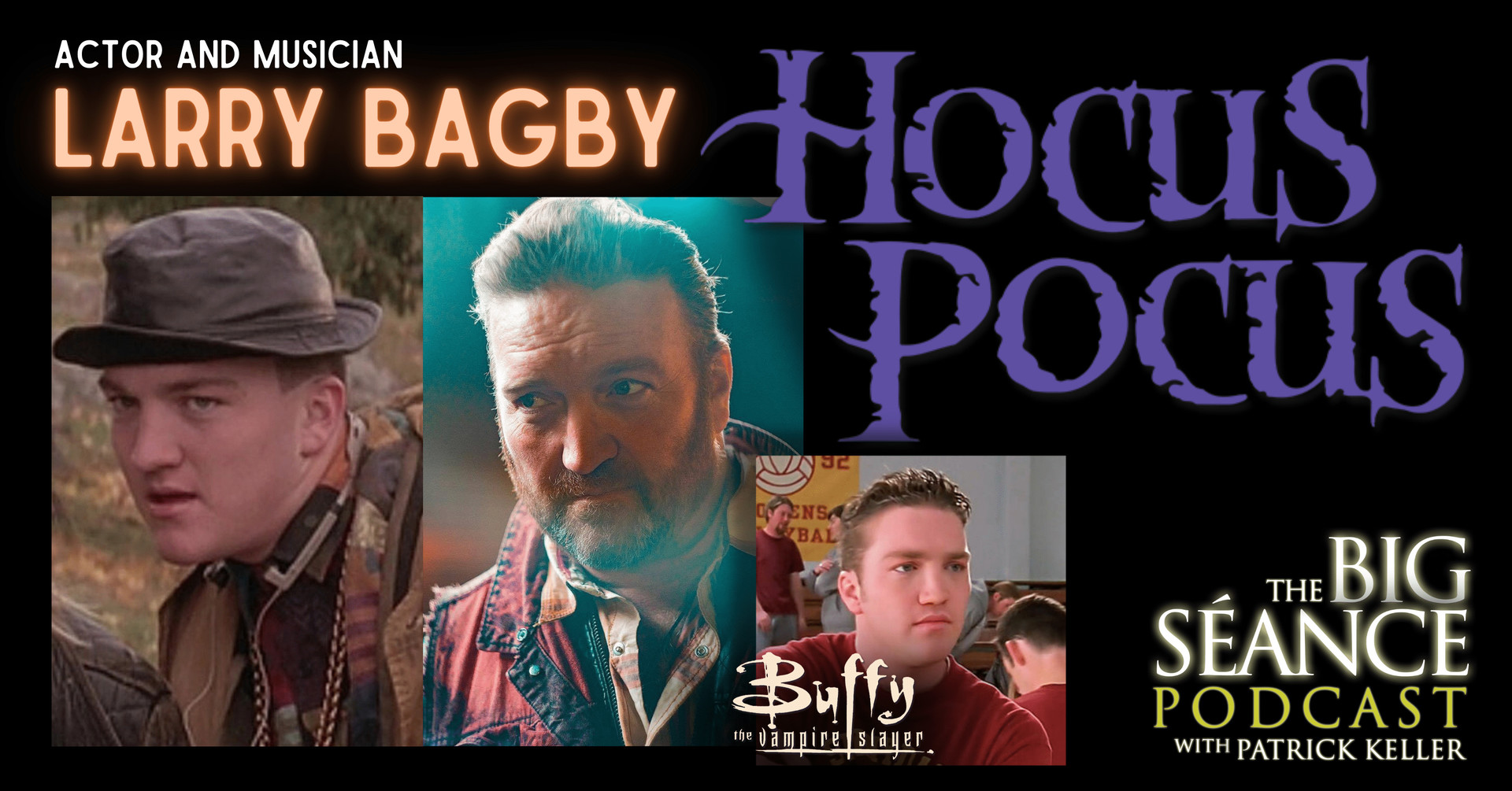 As a teen, actor and musician Larry Bagby played Ernie (aka “Ice”) in the 1993 Disney film, Hocus Pocus. Since then he’s starred in Buffy the Vampire Slayer, the 2005 film Walk the Line, Saints and Soldiers from 2004, along with other television appearances. Larry shares behind-the-scenes stories from Hocus Pocus, his ongoing friendships with cast members, experiences with the paranormal, what it’s like to play so many bullies and villains, and getting in trouble with Bette Midler! Plus a special LIVE performance of Larry’s original song, Country by the Sea.

Did you catch the previous episode with David Kirschner? He’s the Creator/Writer and Producer of Hocus Pocus. He’s also the Executive Producer of the Upcoming Hocus Pocus 2! 1:40

Even though this episode focuses on the nerd fest that is Hocus Pocus, Larry’s body of work is so much more than just Hocus Pocus. 5:55

The influence of Back to the Future, Star Wars, and The Beatles. 7:36

Appearing on Mr. Belvedere and working with Seth Green. 8:49

After filming Hocus Pocus, Larry went on a life-changing mission to Argentina. 9:46

Goosebumps, a third harmony, and other signs of communication from Larry’s father on the Other Side! 16:23

Reflecting on David Kirschner’s childlike passion from the previous episode. 23:55

Deleted scenes in the bonus material of the Blu-Ray. 33:30

The Great Scott! series, playing a choir geek, and working with Tobey Maguire. 40:23

Where to find Larry and his upcoming projects. 50:25

Getting in trouble with Bette Midler! 55:30

Larry performs his original song, Country by the Sea. 57:12

Patreon supporters will find bonus audio from this interview at Patreon.com/BigSeance. 1:02:40

A special THANK YOU to Patreon supporters at the Super Paranerd and Parlor Guest level! 1:03:03

For more on Larry Bagby