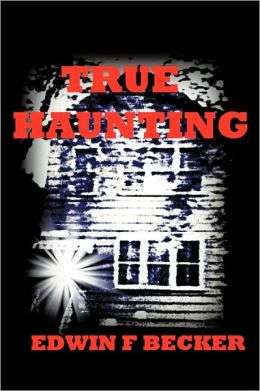 Today I want to tell you about a great book I just finished! True Haunting by Edwin F. Becker is the true story of the incredible experiences that Edwin and his young family experienced in Chicago in 1970. In a time before there were thousands of paranormal groups and Ghost Hunters on TV, this family had to make quite a few brave decisions to survive. It ended up being the first haunting and exorcism to be reported on and covered on the news. I shared the old video footage in a previous post, but I'll include it at the end of this one as well. I've read that the house had been empty for quite some time, recently. But I also found a photo online of a clearly remodeled home… and it looked fairly current. One can only imagine what, if anything, still goes on there.
How often have you or anyone you know asked any one of these questions?

Most of these questions are still being asked today… and the “paranormal field”, for lack of a better term, has come a long way since 1970. Or has it? For sure, finding access to information, the ability to find and communicate with people having similar experiences, and finding help is a lot easier to accomplish today, but there are still individuals and families out there going through similar experiences. I know, because I get contacted often. They'll sometimes ask for advice, they'll often seem embarrassed, but most of the time they just need someone to listen… to tell them they're not crazy. And that's a good thing, because do I always know what to say? Of course not! But I sure try… and sometimes it's just about getting them hooked up with the right resource.
Most of the paranormal books that I read tend to be more technical in nature. I try to learn as much as I can. This book reads like fiction… but it's not! I clearly got into this book, because I read it in considerably less time than most of my recent reads. I have come to the realization that I can learn a lot from books like this, and there are a lot of them out there. It very much reminded me of Graves End: A True Ghost Story by Elaine Mercado. You'll find it on my recommended reading list.
So check this book out! I heard in an interview that Edwin documented all of these experiences a decade ago and meant for it to be just for the family to have. Apparently there was never a goal of getting it published, until a loved one convinced him just recently. It was published in 2011. Also, the family's story was featured on the SyFy show, Paranormal Witness. According to Ed, the producers predictably embellished some of their story, but for the most part did an “amazing job”. You can find the complete Paranormal Witness episode, named “The Tenants”, HERE.
And as promised, here is the 1970 NBC footage.