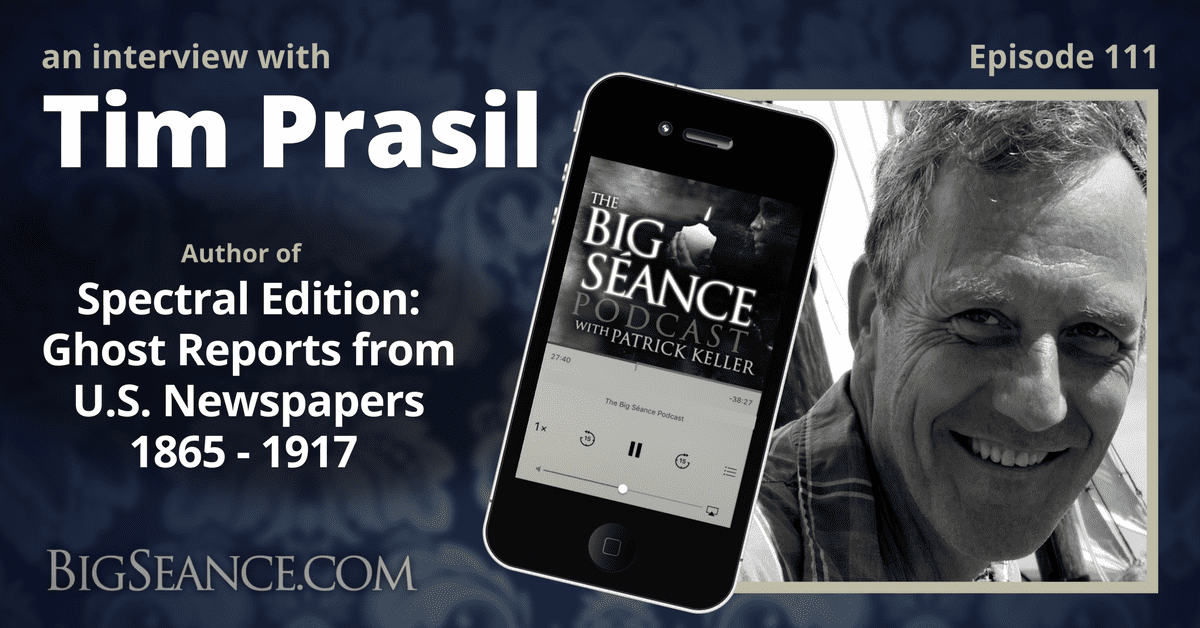 A familiar voice returns to the show! Tim Prasil shares more ghost reports from the project that is now the book, Spectral Edition: Ghost Reports from U.S. Newspapers, 1865-1917.

More background on Tim and how the audio versions of his Spectral Edition reports became a regular segment here on The Big Seance Podcast for a few years. 1:50

More background on how Tim’s work and how he and Patrick met. 4:29

The Stickney House. Can ghosts hide in rounded corners? 6:05

The story of how the whole Spectral Edition project came about. 12:08

The straight forward way that ghost reports were often written in this time period. 16:45

The period around the Civil War opened a lot of minds about the possibility of ghosts. 18:48

The three reasons why ghost reports were common in this period: The “good death”/Civil War/Spiritualism, a change in the perception of distance, American journalism was young. 21:00

With the absurd death toll of the Civil War along with its influence on Spiritualism, why did the ghost reports rarely mention or involve dead soldiers? 31:13

Tim begins sharing some of the ghost reports from the book. 36:33

After a collection of over 300 articles, does Tim continue to find undiscovered ghost reports? 40:18

Researching the people behind the reports. A grisly murder and the haunting at the Southern Hotel in St. Louis. 41:30

More ghost reports from the book 48:55

Has this Spectral Edition project confirmed or changed Tim Prasil’s opinion on ghosts? 1:09:40

For more on Tim Prasil