The Woman in Black 2 and O Willow Waly 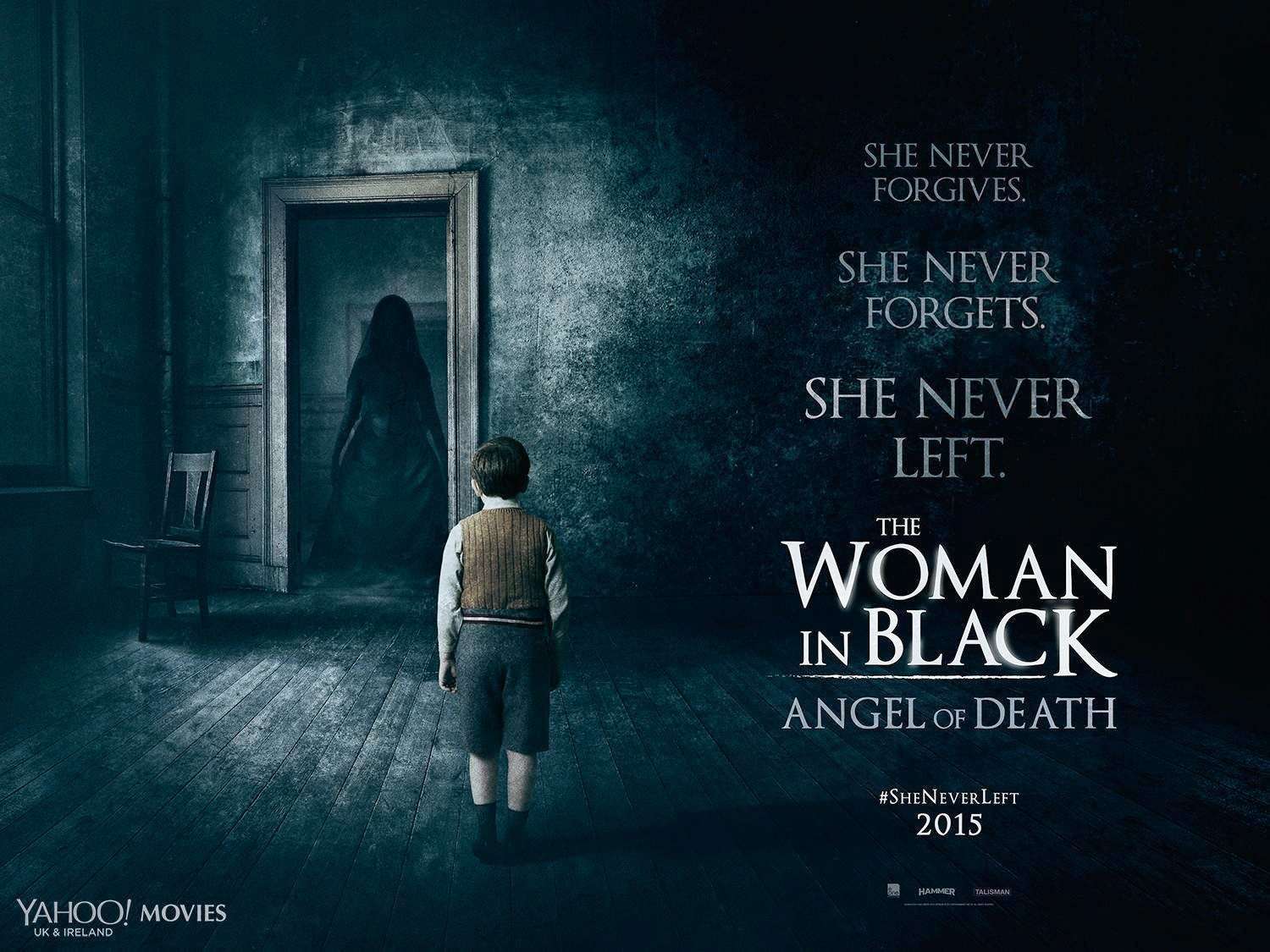 While participating in the traditional Christmas day “rob your neighbor” gift exchange, from the corner of my eye I happened to see the trailer for The Woman in Black 2: Angel of Death on the television, only it was muted. I got really excited to look for it online later. I was also shocked, and for two reasons: It has been almost three years since the original film was released, and I hadn't heard about this sequel until now!
In one of my very first blog posts from 2012, I wrote a brief review of The Woman In Black. I really loved it. I loved the house (known in the story as the Eel Marsh House) as a character. I loved the time period. I loved that the film's lack of CGI (computer generated imagery) made it so much spookier!
Though there's no Daniel Radcliffe this time around, fortunately it appears that the same awesome house plays a main role in the sequel, which is enough to make me excited to see it. According to IMDb, this particular story, which takes place 40 years after the first haunting, involves the Eel Marsh House being converted into a safe shelter for schoolchildren evacuated from World War II London. Many paranormal junkies and investigators should connect to this one, as many real life estates of a similar age end up having the same kinds of multiple lives and purposes, like hospitals, orphanages, etc. This, of course, adds to the creepiness!
But do you want to know what makes me even more excited? In a completely unrelated review, I talked about the very creepy “O Willow Waly” recording from one of my favorite spooky black and white films, The Innocents (1961). I'm not sure if this recording is actually featured in the film, but it is featured in the trailer, which I've embedded below. I took this delicious synchronicity as another sign that I'm supposed to get really excited for this movie!
The only thing that I'm bummed about is the fact that they've clearly made a creative decision to use more CGI for scares, based on the trailer anyway. A January 2 release date probably doesn't indicate that it's a blockbuster either, but I have loved quite a few movies that were never blockbusters.
I'll be there… and crossing my fingers! Here's the trailer! Watch it! Now!