The Strangest Evidence from the Papa Jack’s Pizza Investigation… 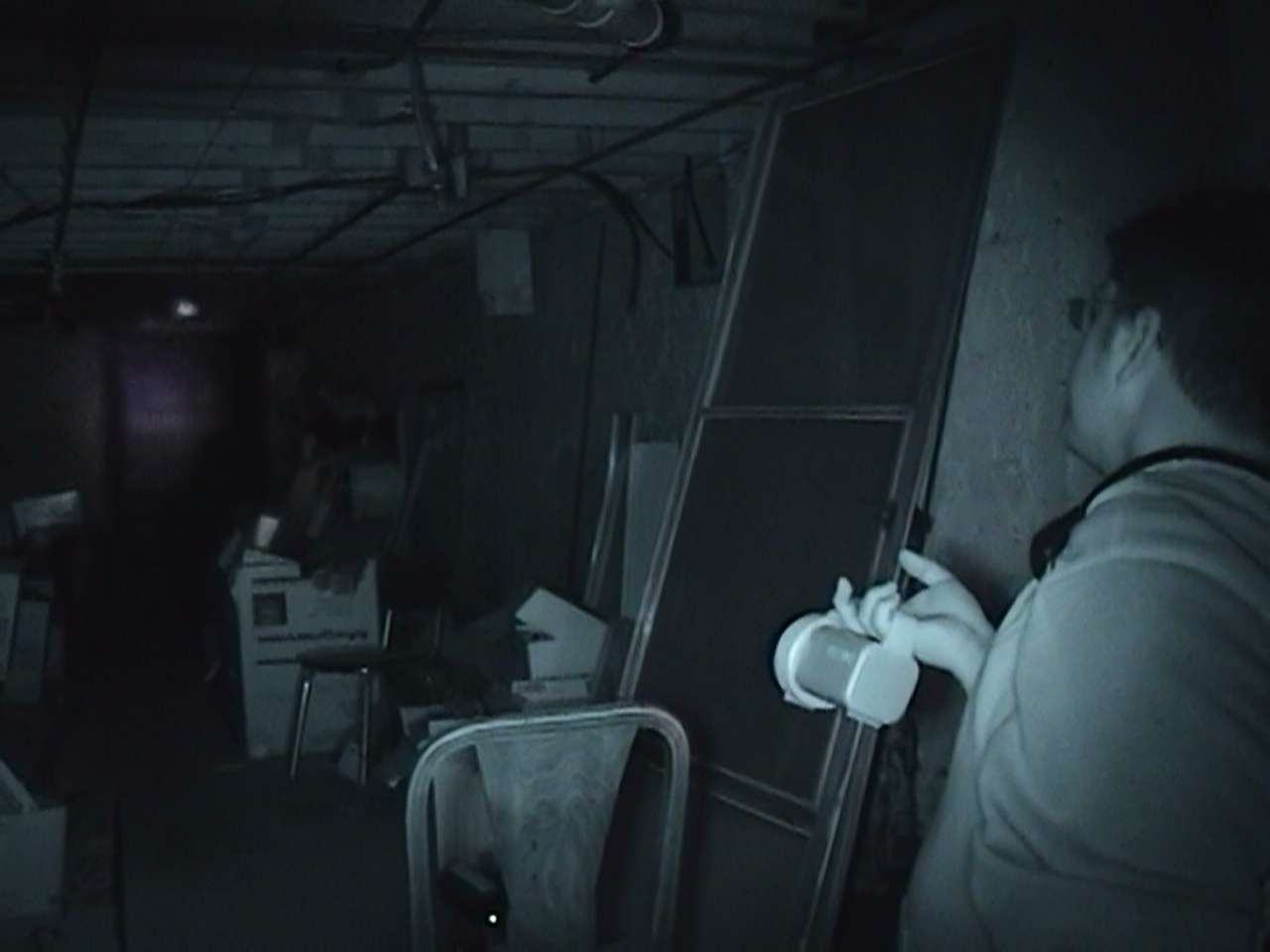 I've been working very hard for months on a previous investigation from Papa Jack's Pizza in Lexington, Missouri. Click HERE for more information about Papa Jack's. The analysis is complete and I've put together a 27-page report with 83 audio and video artifacts for the owners. Very soon I'll publish a summarized online version of this report with some of the evidence. Until then, below is a look at probably our strangest and most mysterious evidence from the investigation, directly from the report. We don't have an explanation yet for what you'll hear below. The owners don't either. We're open to suggestions, especially from Lexington residents who may be more familiar with the environment of the area.
At around midnight we took our investigation to the basement, where there have been past reports of paranormal activity. These reports included hearing singing and whistling.

12:05am – As we were passing the stalls and stepping down from where it drops off (near the shower), Cassie heard 3 quick clicks or taps and asked if we heard it. It is picked up in the audio and the NightShot. It apparently stood out to Cassie, but it would be impossible to know if it was one of us or paranormal.

Just seconds later is where we first heard what we've been referring to as repeating “moaning” sounds. It was picked up in the audio and NightShot with investigators. Norman did not hear it (which is funny because he was holding the digital audio recorder) and Cassie said later that she only heard a little of it. It seemed to come from the stairway to the basement or upstairs in that area. At the time, Bailey and I were in front of the wooden stalls near the spot where you have to step down to go the other half of the basement. We hadn’t stepped down yet. Norman had just walked in and out of one of the stalls and then joined Cassie near the shower, further into the basement (past where you step down). Linda also heard it from upstairs in the main level restaurant dining room at command central near the front entrance. Unfortunately, her digital audio recorder stopped a while before this experience, but she said it was pretty clear and loud. I noted that this was where the service person heard the singing (next to the generator).  Also, it was NOT picked up in either the Tascam or the New Camcorder Video in the main level restaurant kitchen. I later described it as overlapping, almost like a siren. When it repeated it started at the same pitch and descended, but seemed to start again while still descending.

We later made a request for whoever made the sound to do it again. No response.
Toward the end of our investigation we decided to make another visit to the basement. It was almost an exact replay of events, although this time all investigators in the basement heard it, and those upstairs in the main level restaurant dining room did not.

3:11am – At this point we heard the “moaning” sound again. This time Bailey commented that “it sounds like a siren”. Norman mentioned that each time we’ve heard the moaning it was right after he came out of one of the stalls. I mentioned it didn’t sound so much like a voice to me this time. Bailey agreed. I also mentioned it sounded lower this time. It was captured on the audio and both videos, although of the videos, it is much clearer and lasts quite a bit longer in NightShotA. Later we learned that Cassie and Linda (both at Command Central this time around) did not hear it upstairs.

3:12am – While discussing it, I thought I heard it starting to come back again, but it was apparently so soft that the recorder didn’t pick it up. Neither did the NightShot videos.

Norman walked into the stall again, attempted some communication, and then walked out to see if he could re-create the “moaning” sound once again. No luck this time.

Below is a video compilation that I initially put together for the owners to see if they'd heard this noise or had any answers for us. The video contains all of the audio and video mentioned above.

[youtube http://www.youtube.com/watch?v=Pje2oB5zmDI?rel=0]
Other than one moment where we believe we may have heard this same sound very softly on the third floor of the building (not loud enough to be caught on audio or video), at no other time or location did we hear the “moaning” sound that evening.