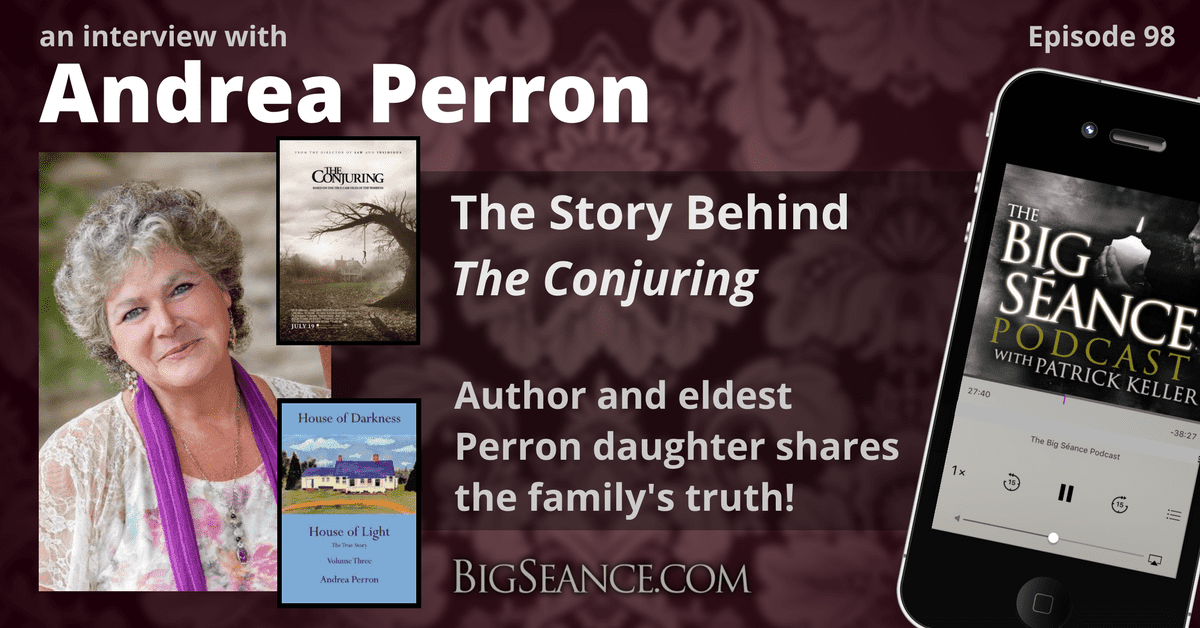 Andrea Perron, author and eldest daughter from the family depicted in the 2013 film, The Conjuring, shares her terrifying yet beautiful true story. Plus her beautiful trilogy, the truth about Bathsheba, responding to critics, and future films in the works!

The Story and the Trilogy

“There’s no veil. That’s a machination. That’s something that human beings have literally fabricated so that we can live in a realm that feels safe and secure to us.”

“We thought that ten years later when we left the farm, that we were going to be leaving them behind, and nothing could be further from the truth. Profound attachments were formed and have persisted, lifelong.”

“It’s because I’ve seen the dark side of existence that I choose to live in the light.”

Being the Face of The Conjuring

“They could not have cast that film better than they did.”

3 Future Films in the Works

“There’s no point in making another ‘hollyweirded' up, fictionalized film at all.”

Controversy and the Facts about Bathsheba Sherman

April and Her Spirit Friend, Oliver

For More on Andrea Perron

The House of Darkness House of Light Trilogy on Amazon