The Mystery of the Cup Tree… 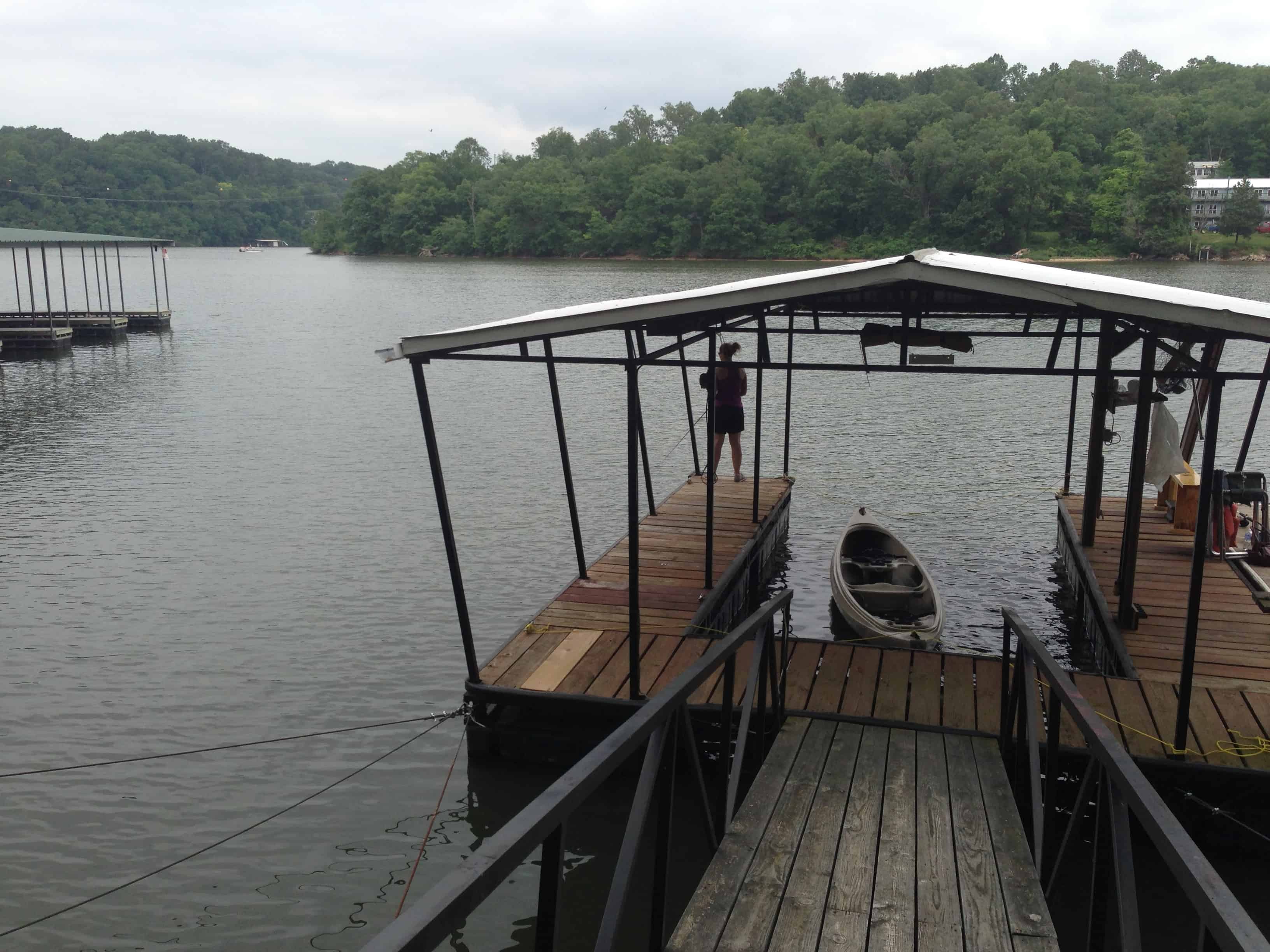 I've been out of town for about four days now visiting family and now vacation. Currently we are in a beautiful condo at the Lake of the Ozarks here in Missouri. My parents also have a lake lot (no house yet) about 30 minutes away from where we're staying, and so we've spent some time there on the dock and fishing, etc. Until today I hadn't really been fishing since I was a kid, at least not that I remember. It was kind of fun, as long as someone was there to take care of the slimy things. I discovered I don't have the patience for fishing for catfish and staring in a trance at the fishing line just waiting for what looked like the line being pulled. I started seeing things, experiencing visual pareidolia, like grilled Cheesus, except on the sparkling water. No, I prefer casting colorful and flashy fishing lures out into the water and reeling them back in, over and over. Much better. It was kind of fun. And I actually caught a fish (going by the official rules set by my sister), although I had one and it flopped off before getting it out of the water. The fish that I officially caught was tossed back in. 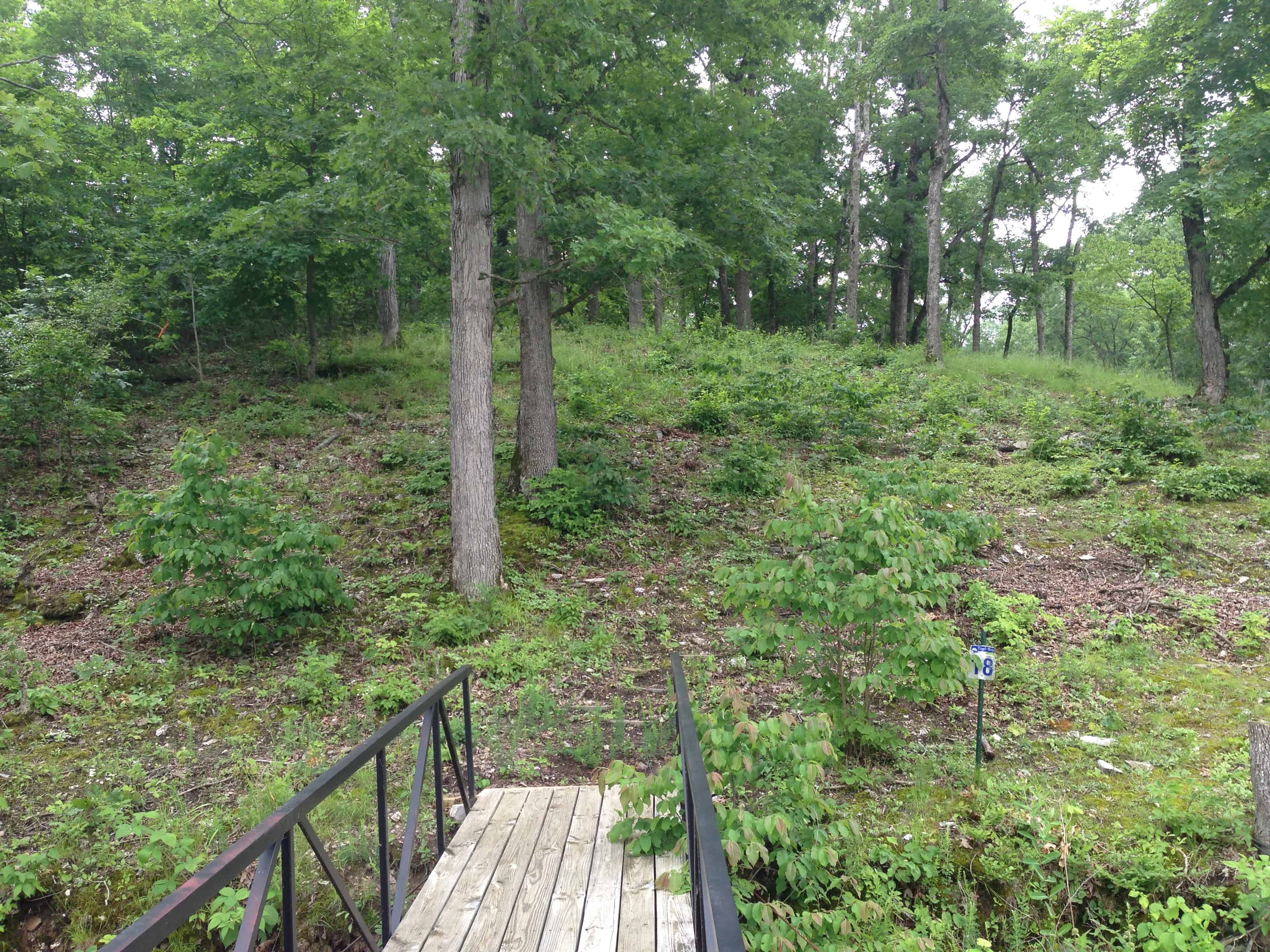 The area around my parents' lake lot is somewhat secluded and not nearly as popular (yet) as many areas on the lake. Lots of winding roads, up and down hills, woods all around you. It would be quite an experience in the dark, I'm sure. And Jason Voorhees would LOVE this place. Chi Chi Chi Ha Ha Ha. (That's me doing the scary sound effects. Friday the 13th nerds will get it.) 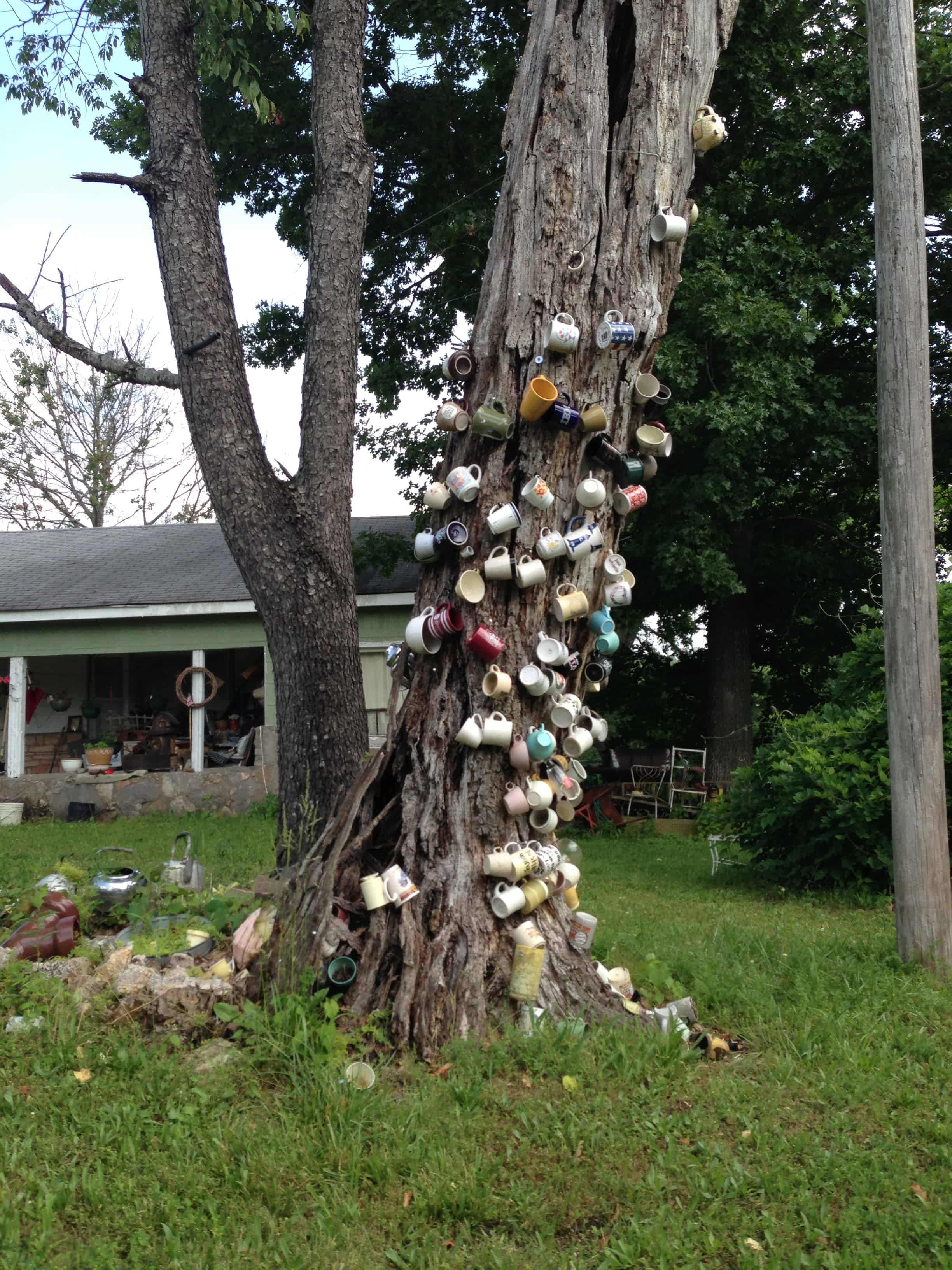 But if the seclusion or the hillbilly neighbors don't creep you out, maybe the story of the Cup Tree will? Of course, it depends on what story you hear. The famous cup tree, a bizarre roadside attraction, is not far from the lake lot. The road is even called “Cup Tree Drive”. Looking at this picture you can probably imagine a story in your head to go with it. The story I heard from a local, with obvious holes in it, involves a woman who invited men into her home for tea. She'd kill them and nail a cup on the big oak tree for each one of them. Some say she buried the bodies in the back yard. Some also say she went to jail.  According to ruralmissouri.org, the cup tree has been a popular attraction since the 1950s. The site also says that the land and tree was “originally owned by local resident Fred Moore, the phenomenon's origins are a mystery shrouded in years of ever-changing explanations and folklore. The current owner is no more forthcoming with a plausible explanation as to why generations of tourists have left cups, saucers and even tea and coffee post dangling from the tree.” I'm unable to find any of the other stories of the cup tree online. Perhaps readers from this area in Missouri could help us or maybe fill in the gaps of the story I told. 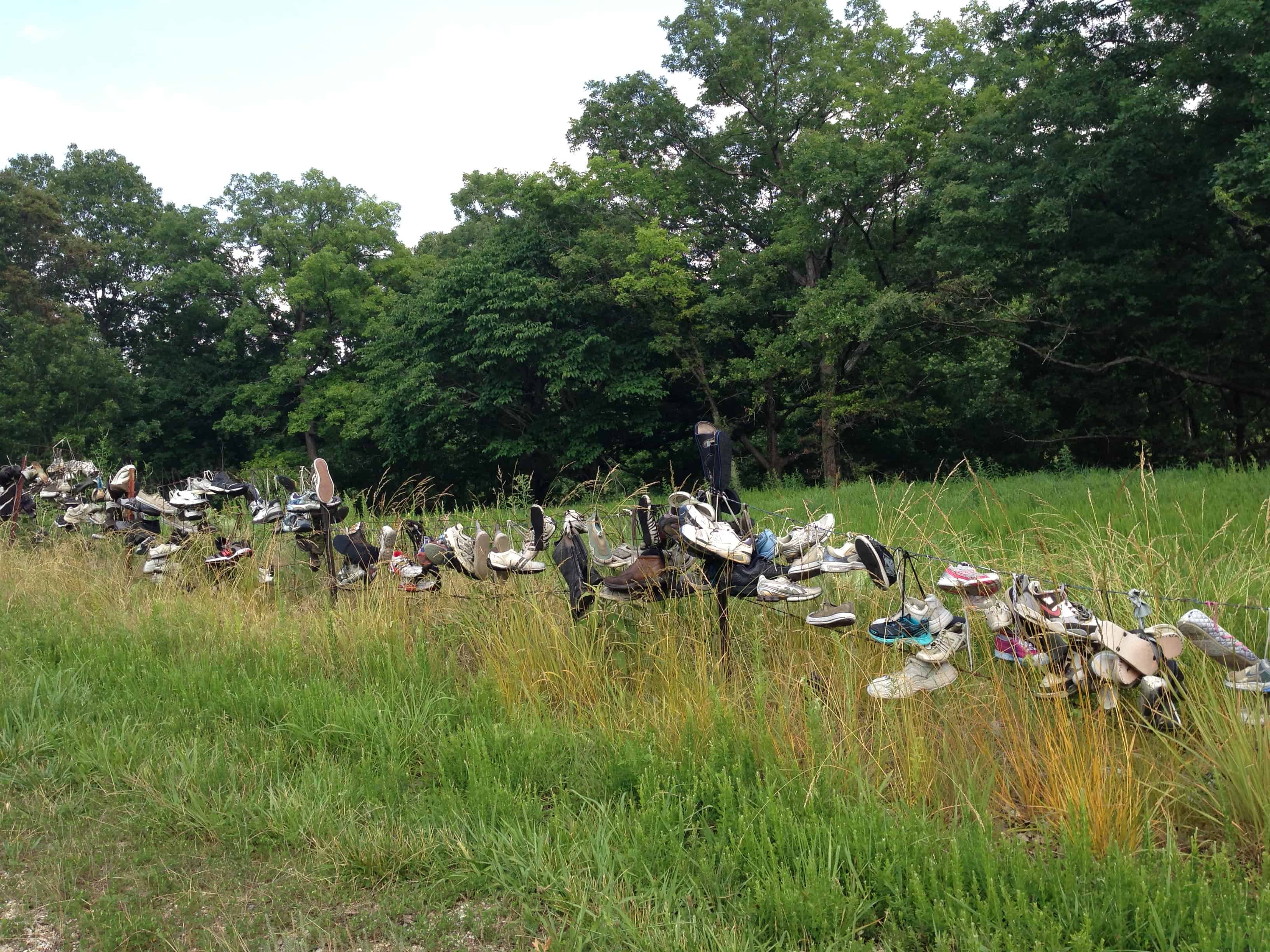 If you plan to visit the cup tree, plan on staying on the road long enough to also see the “shoe fence” nearby. (Ruralmissouri.org also includes directions to both attractions.) After seeing this spectacular fence we decided to consider starting something like this near my parents' lot… perhaps an underwear post. (Imagine the stories we could make up for that one!) Surely we'll make millions. I've already got the t-shirts designed in my head.

I'll leave  you with a Vimeo I found. Maybe the story of the cup tree went more like this?