The Hand That Rocks Your Dreams… 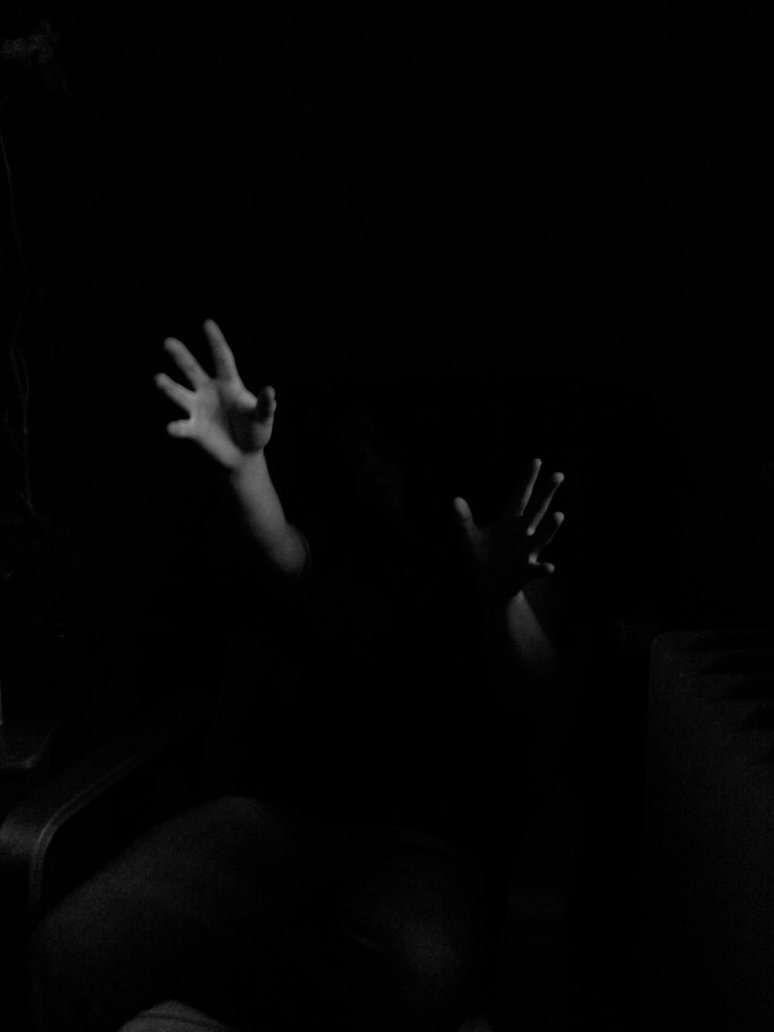 I suppose I need to add the category of “Dreams” to the right, since I've posted several times recently about them. One of my first posts ever was regarding a dream that may have actually been a spirit visit from one of my Great Grandmothers. Then there was the incredibly random apocalypse dream with the massive amount of fire that was strangely pleasant, rather than burning. I've been seeing signs, sketches, names, and reading in my dreams… just more vivid in general I suppose.

And then… there are those nightmare-like dreams that I don't usually have. To tell you the truth (crazy or not), I'm not even entirely sure that the experience I am getting ready to tell you about was really a dream. Let me back up…

Around three weeks ago in my paranerdal update post I told you that something had definitely visited me around 3am a few nights before. To my knowledge I was not dreaming, or at least don't recall one. I simply woke up with a racing heartbeat and a very uncomfortable feeling from a “charge” in the air. I don't really know how else to explain how I just knew something was with me. I also heard a few soft popping sounds. Not wanting to wake anyone else up, I stared wide-eyed for a while before turning on the audio recorder on my phone while still in bed. I never saw anything. There were no shadows or slamming doors. And, my recording came up empty other than a few of those popping noises. It took me a while to get back to sleep that night.

That was three weeks ago. Now, cut to about six nights ago. Part of this new dream may or may not have been in a dreamlike state. If it was a dream, then I was sleeping in bed during it. Confusing, right? In my dream (or not) I had been awakened by that same crazy “charged” feeling with heart racing. I knew immediately what it meant. Something was incredibly close. In fact, from off the side of my bed, I was shoved by a hand that came out of nowhere. How can I be sure it was a hand? Being the investigator that I am, I instinctively grabbed for whatever was there… and yup, it was a hand. Cue the same wide-eyed stare with heart racing. I didn't look at the clock this time. And we had visitors in our guest bedroom, so I didn't say anything or get up to investigate. Once again, it took a while to get back to sleep that night.

So… my feeling is that whether or not I was dreaming about the presence of a hand shoving me, something was definitely with me and messing with me. It was the exact same feeling both times. I immediately recognized it. Either that or being fat and incredibly out of shape is causing me to have heart attack symptoms in the middle of the night. I often sleep on my left side. Isn't that supposed to be bad? Is there a doctor in the house?

Now, before I hear from several of you about how I need to cleanse the house or meditate and visualize all the light and love, etc… I'm sitting with this one for a while. It's not that I'm excited or want to encourage it. I'm just going to watch and investigate this one a bit. I can't say much, but I may have an idea about where this one came from. Don't judge me.

Anyone have similar experiences?