I'm having one of those unmotivated, yet excited, but distracted “look there goes a chicken” weeks. I decided that this evening I wouldn't fight it. So… here's a plethora of bloglish for you! 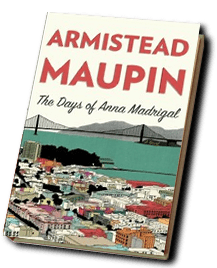 A.   Armistead Maupin's The Days of Anna Madrigal hit shelves today and also arrived ON MY DOORSTEP!

Why are you bugging us about this non-paranormal book, you ask? Let me explain. It must have been about eight years ago when an ex of mine had inspired me to start reading the Tales of the City series. Reading was something I absolutely never did unless I was getting a grade for it, and I could count every book I’d read for pleasure my whole life on one hand and still have a few fingers left. I agreed to borrow the first book just to humor him. I absolutely fell in love with it, which led to me finishing the first six books from the series. I was shocked to find that I was quickly becoming obsessed with reading. For that first year I read a book a week, on average, though mostly fiction titles. Then the seventh “Tales” book, Michael Tolliver Lives, was written a year later, followed by Mary Ann in Autumn a year or two after that, and now the ninth and final volume (according to Mr. Maupin himself) is sitting right next to me!
Obviously, I read almost all paranerdal non-fiction now, and I've slowed down quite a bit (due to family, investigations, sitting in this chair and blogging), but it is all due to my ex and the brilliant Tales of the City series by Armistead Maupin. My current “to be read” shelf has been put on hold for the time being. Reading about and catching up with Anna Madrigal will be a special moment. 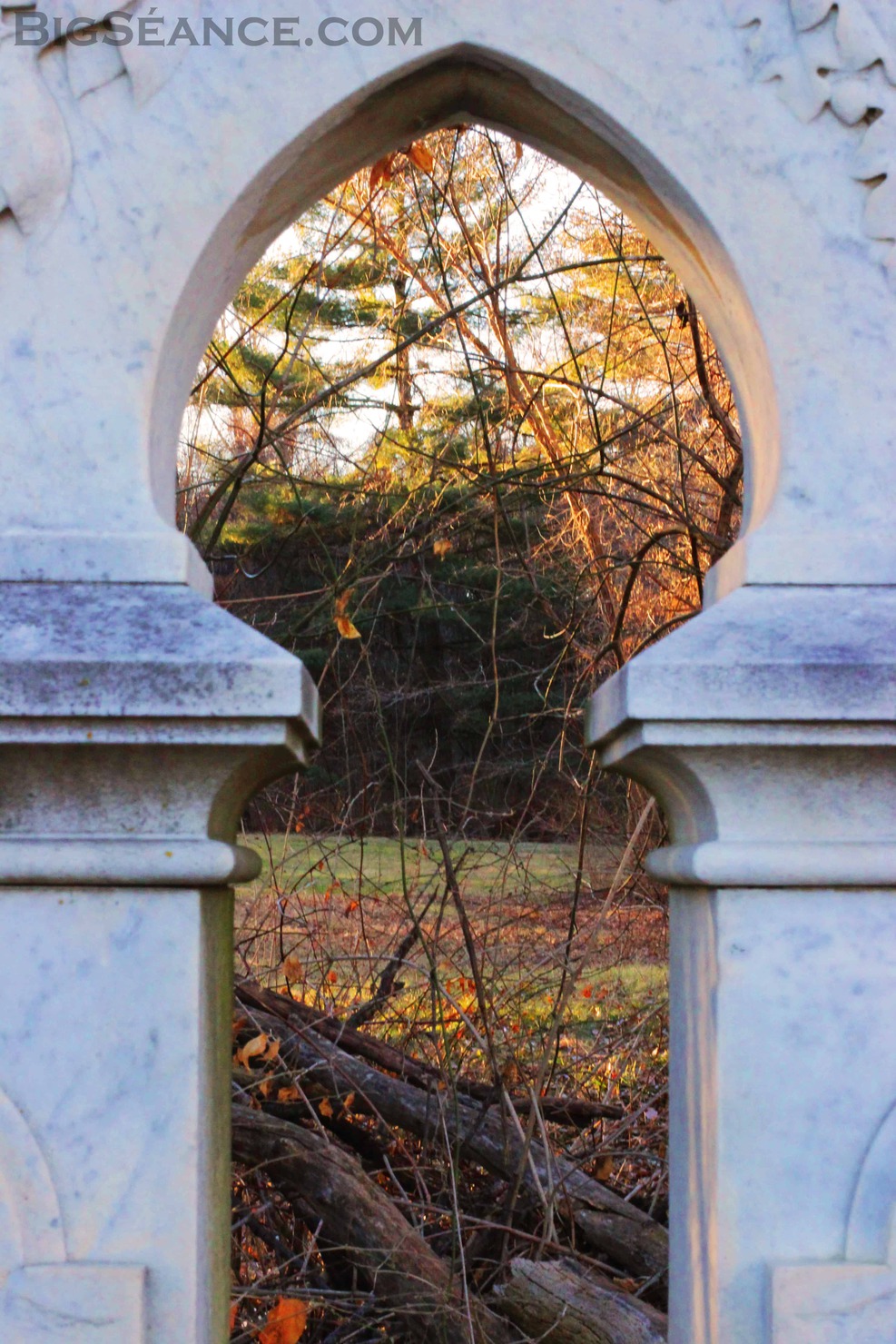 From Another Visit to Gumbo

For the first half of my visits for my grave adoptions this last fall, I took an audio recorder along, which is pretty typical for me. This week I finally made my way through those recordings. It seems as though no historic cemetery (at least the ones I find) managed to escape the noisiness of our new modern highways and interstates. It is sometimes hard to imagine many of them being secluded in the quiet country as they were intended. More and more I've realized that our society has been shoving cemeteries aside, like we're ashamed of them or don't know what to do with them. How do I know? People still comment in disgust or confusion as to why I spend so much time visiting or taking photos from the cemetery. Lately my answer has been… Why not?! Basically, not too many people care to even notice that they're driving right by these cemeteries, as beautiful headstones cling to life on the edge of a retaining wall meant to separate the living from the dead.
Sorry. One of those “look there goes a chicken” moments. Back to my recordings. In much of the audio, you can't even hear my voice over the traffic. I even captured a big rig blowing a tire while I was visiting Johnnie. I'm not sure if he jumped, but the birds in the trees next to us didn't like it. Truthfully, I'm sure I jumped at least a few feet in the air. From all of the photos I've been taking, you'd never know these beautiful and historic plots of land were so noisy.
So because of all the noise, I decided that for the remainder of the visits I'd focus on what really mattered and leave the recorder in the car. It's a wonder I was able to catch two possible EVP artifacts from my visits with Johnnie. Honestly, I probably would have written the first two-syllable muffled voice off if it hadn't been captured again two weeks later at the same instant (as I was turning and leaving). They both sound very similar. Now the fact that they're similar and happen at the same time on two different visits is impressive, but could also mean there's likely to be some explanation. I haven't decided if I'll share them or not. I've learned my lesson on getting excited about an EVP and sharing it right away. Plus, I've been away from EVP for a while and may be out of practice. More to come. Maybe.

This past July, I shared news that Christina Ricci had just finished filming a Lifetime movie about the infamous (and alleged) ax murderess, Lizzie Borden! It finally airs this Saturday! Watch this preview!
.
[youtube=http://www.youtube.com/watch?v=5Jdq7FKX088&w=853&h=480]

I don't even know what to say about this one. 300 is a big deal, right?! It is so unbelievable to me! What does one write about for his 300th post?!
Thanks for reading! Peace!