Space Pioneer: Cosmonauts and astronauts are making a game that talks about UFOs. 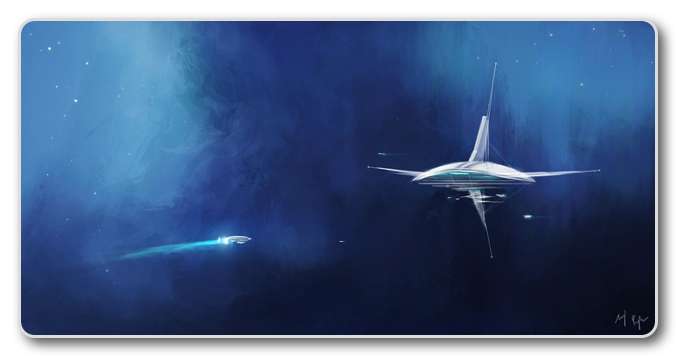 You don't hear about UFOs too much on this blog, but this game being developed by a group of smarties at Space Enigma Studios, is so fascinating to me! It is currently a project on Kickstarter. I've included the video preview below, but be sure to check out the project on their Kickstarter page! I've also included a press release below the video, which was sent to me by the director of Space Enigma Studios, Maximillian Kovtun. (P.S. I'd love to have his name for a few days.) What do you think? Are any of you video game fans?

New files have recently been discovered that are of KGB and GRU (soviet military intelligence agency) origin – the contents of said files talk about extraterrestrial life. These files where [sic] given to cosmonauts who are now developing a video game called Space Pioneer. Space Pioneer will be based on scientific facts, hypotheses and theories – one thing that our game addresses is the possible existence of advanced alien civilizations, and we want to accurately represent that within Space Pioneer.
For most of the 20th century; scientists actively sought to discover signs of other-worldly life. In 1971, the Soviet Union hosted the first international conference on the search for alien life, wherein scientists from various countries agreed on a common strategy for the search of intelligent extraterrestrial life – this strategy was named SETI (Searching for Extraterrestrial Intelligence). Numerous radio observatories are still making use of SETI.
On the 15th of August, 1997 – the radio telescope Big Ear, which belongs to the Ohio State University Radio Observatory – received a clear and strong signal from space that most likely was of artificial origin. This signal was so significant that the person who found it – Jerry R. Ehman – wrote, “Wow!” on the signal’s printout. This is the name that was then given to this signal. The mystery that surrounds this signal has yet to be uncovered. Space Enigma Studios and SETI Berkeley have teamed up to try to uncover the mystery that is the Wow signal. If you want to know all the facts on UFO’s, if you want to experience what it would be like to contact other alien civilizations, and if you want to help us uncover the mystery that the Wow Signal holds – then become a supporter of Space Pioneer!

For an interview with Maximillian, check out Meet the Developers: Space Pioneer from The Torch: Entertainment Guide.