Pumpkins and the Annual Trip to Rombach’s Farm (2013) 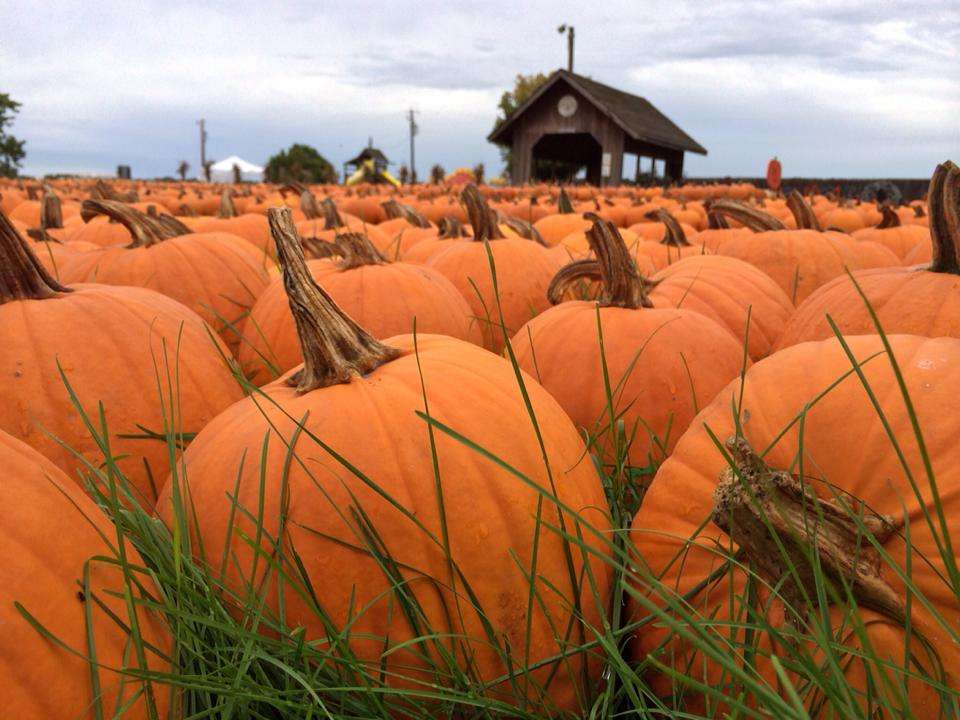 Yesterday Joe and I went with my parents on our annual trip to Rombach's Farm to choose our family of pumpkins (soon to be jack-o-lanterns, aka “punkin' heads”) for our front porch. Except for the off and on light rain, it was a perfectly overcast and cool autumn day. It was nice to be able to take my parents. They were here on a rare visit.
Joe took this really awesome picture. I love it because it looks like he would have had to be lying on his belly to get this shot. I don't think he was, but it would have been a great photo opportunity for me if that was the case. 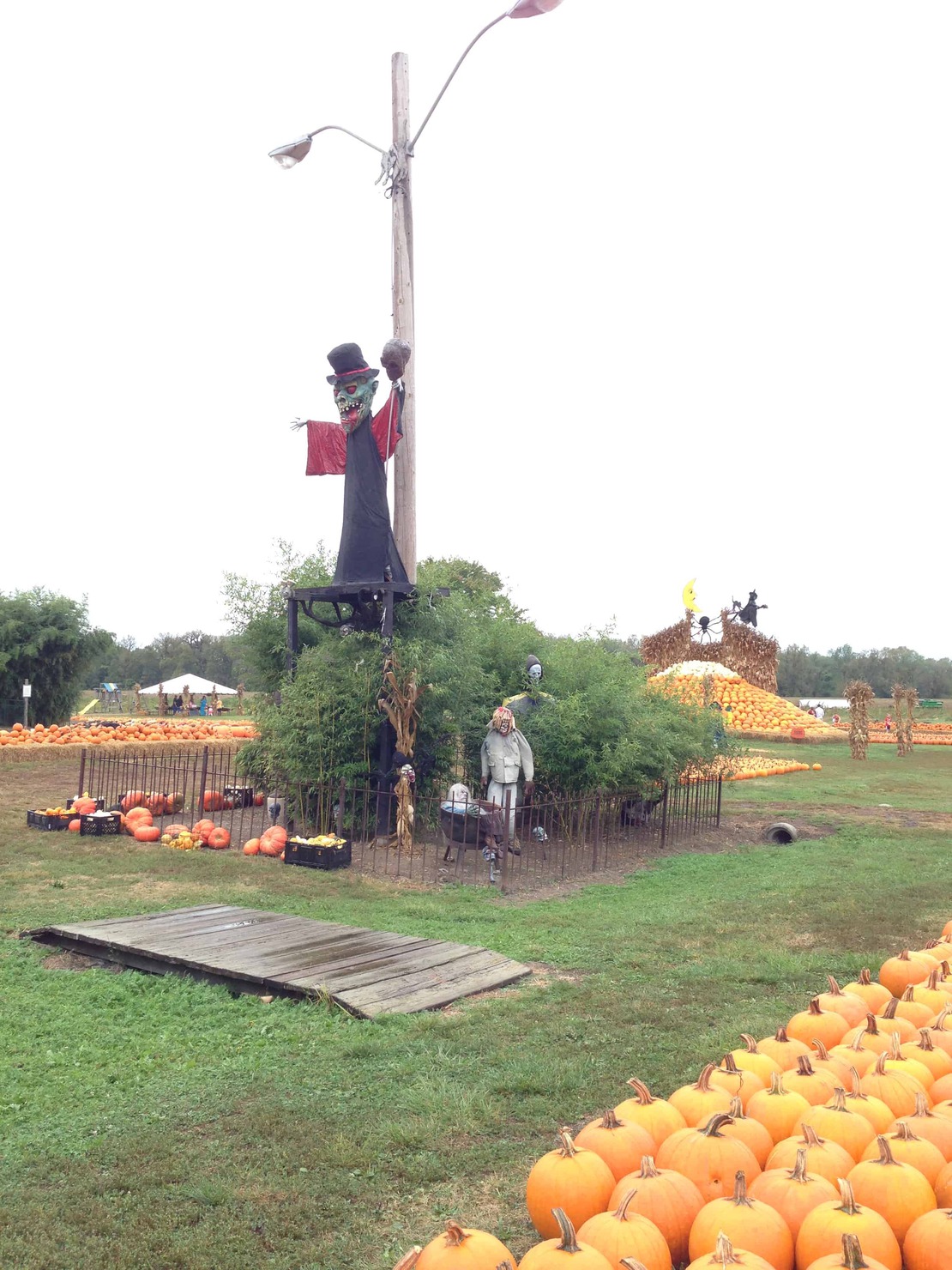 Rombach's is huge. Though they give you the option of hunting through the actual patch for your pumpkins, we've always enjoyed shopping around in the huge rows of pumpkins that have already been picked and separated by size and price. The above photo shows just one of the many seasonal or spooky displays that they set up every year. They also have animals, a maze, a mini haunted house (that you have to be brave enough to walk through to pay for your goodies), and a play area. At the checkout, I usually grab some apple or pumpkin butter, but this year I grabbed five assorted flavored honey sticks and had them consumed by the time we got to dinner. 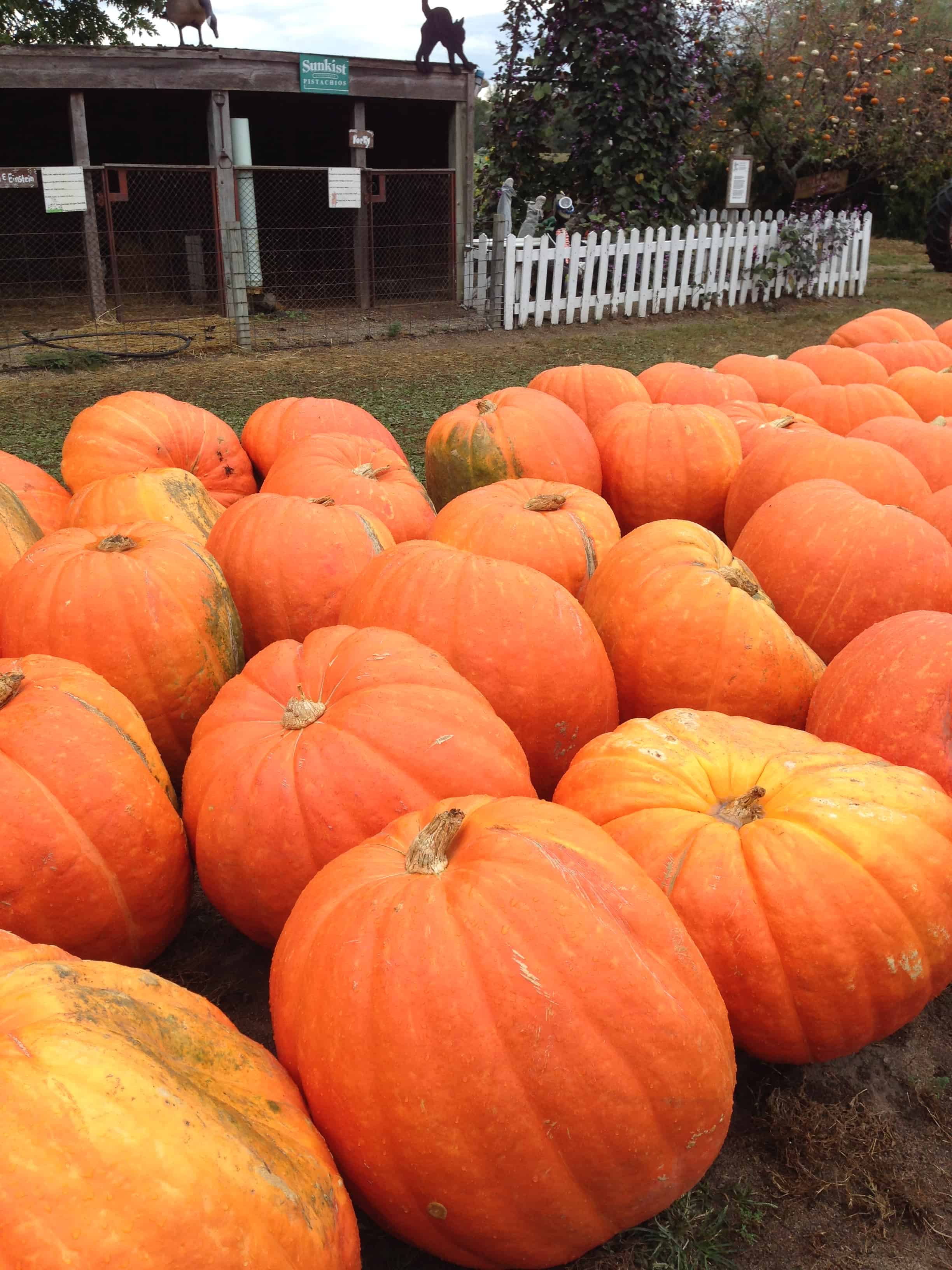 These are some of the enormous pumpkins from the patch. I'm not sure how one would lug one of these to the checkout counter. We struggle with our normal sized pumpkins as it is. 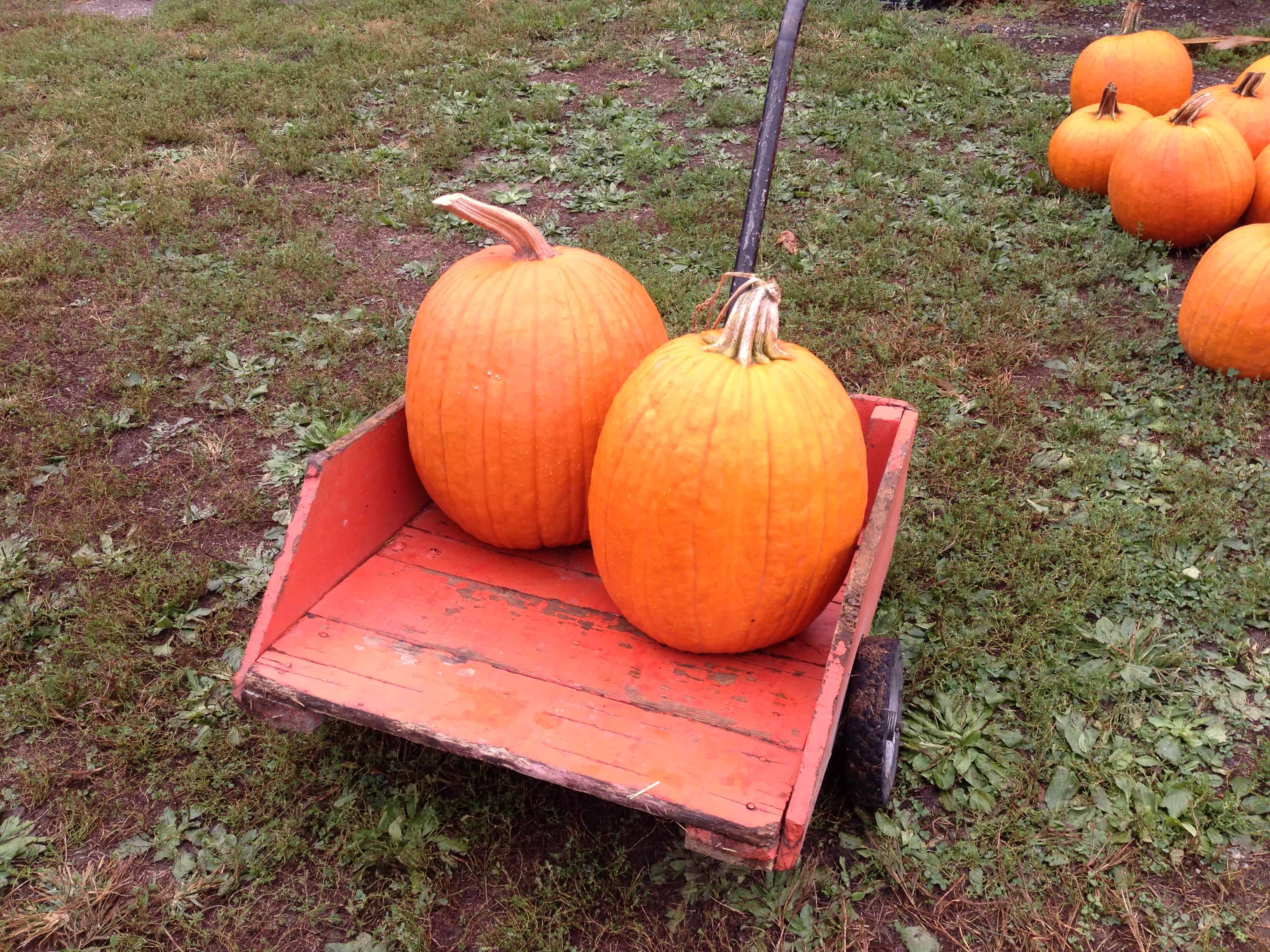 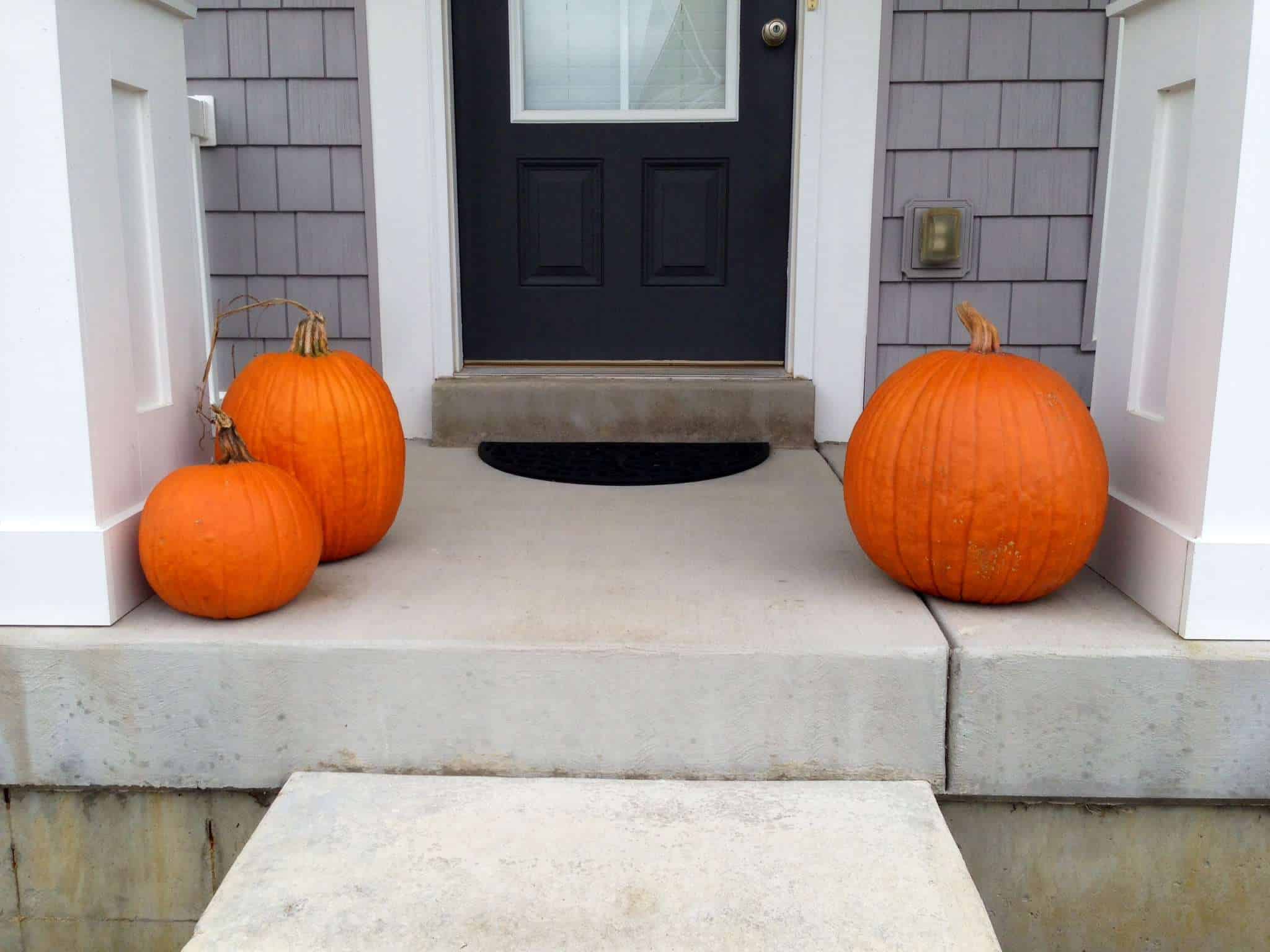 So here is our 2013 family of pumpkins on the front porch. Joe and Meril are on the left and I, because of being so enormous, am on the right by myself. We'll carve them one week before Halloween. I'll take plenty of photos.

Want to see some of our past family of pumpkins photos? (I know you're excited. Don't act like you're not.) 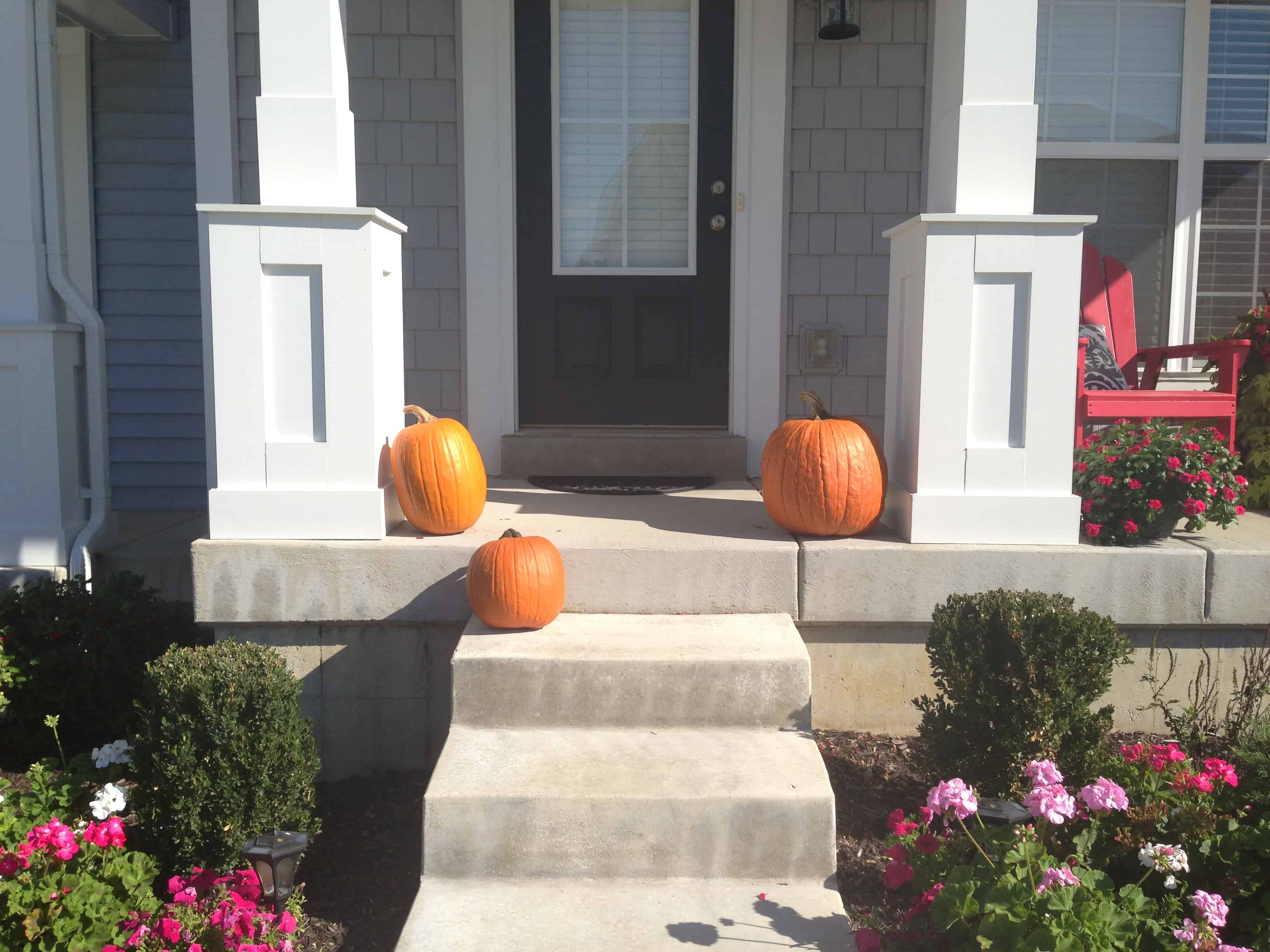 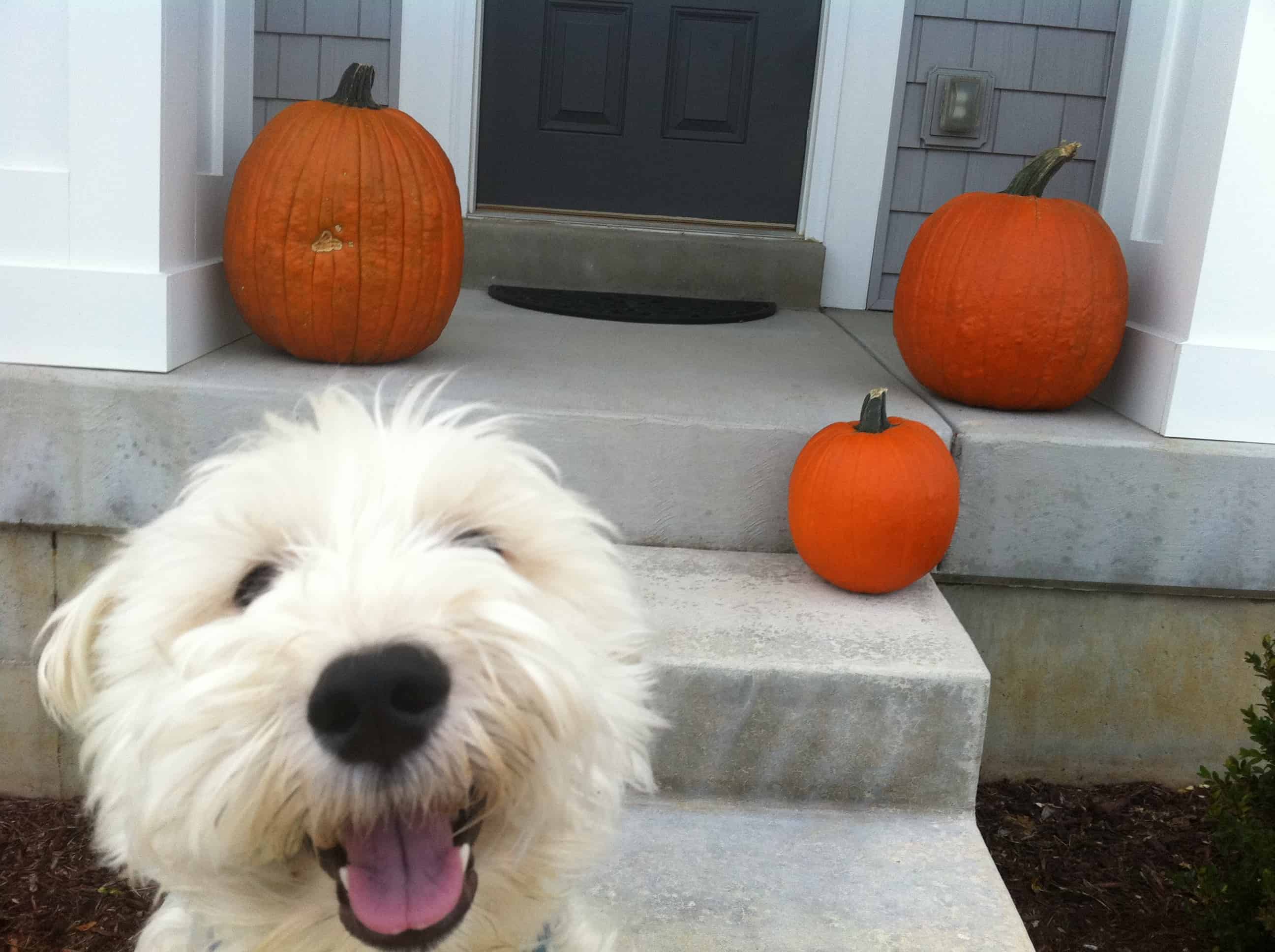 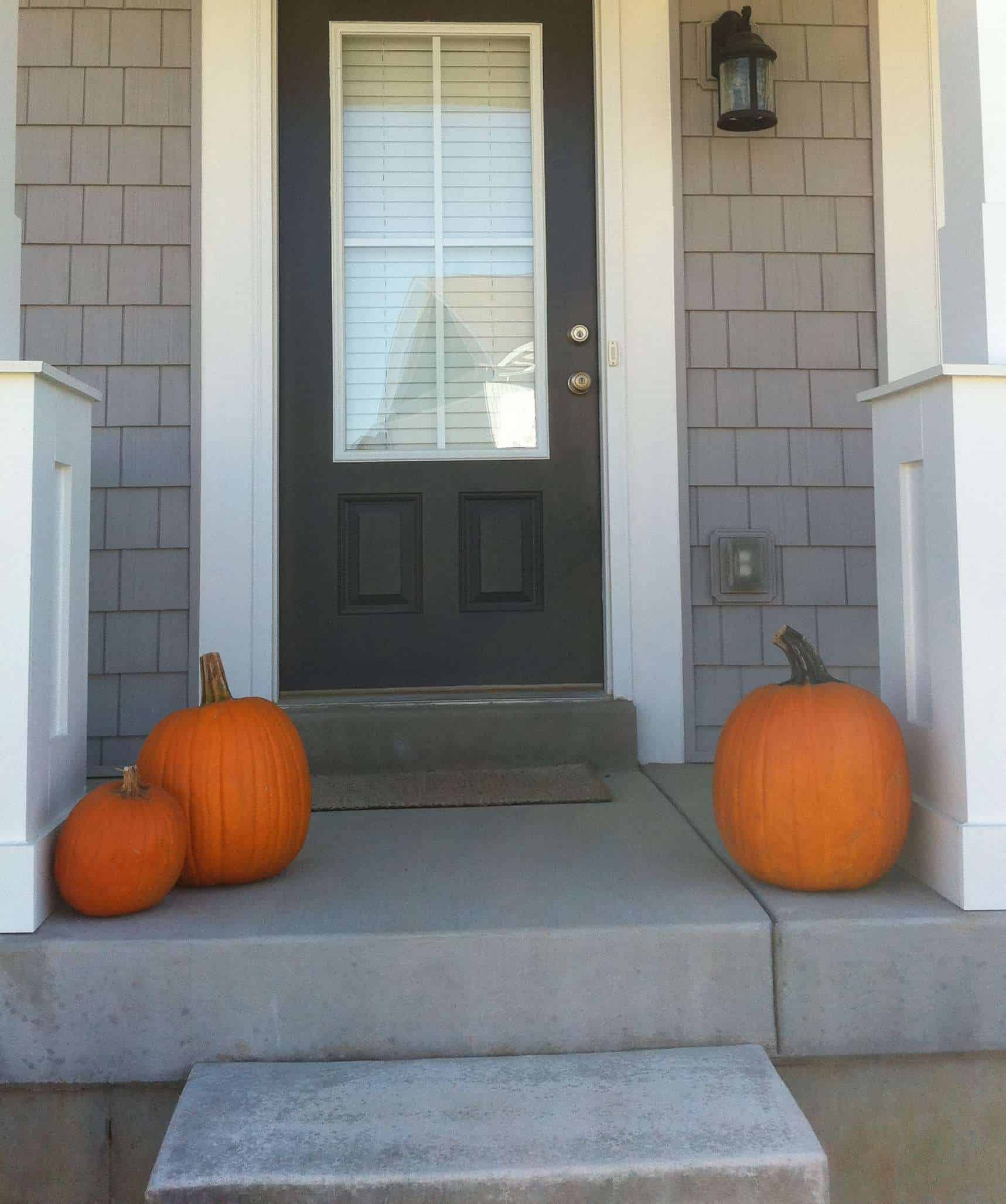