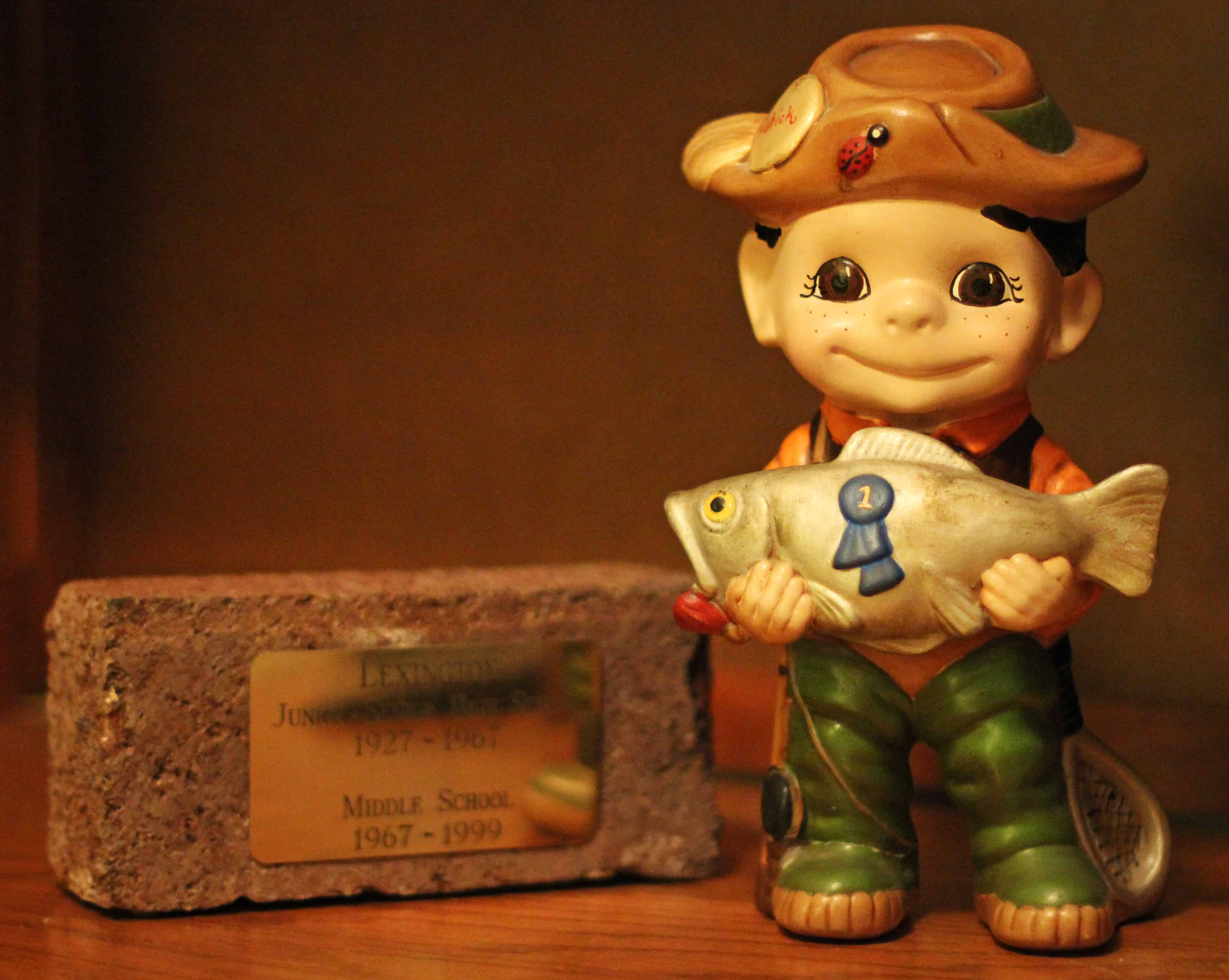 Psychic Skill Items Revealed! This is a photo I took the evening of the original blog post, and the items have remained in these exact places since then.

For the previous post, where I introduced the exercise, visit Fun with Psychic Skill! 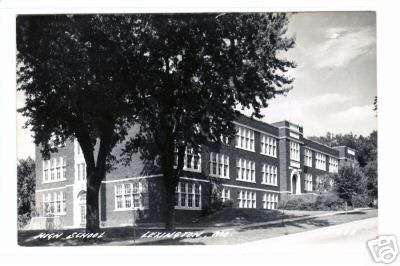 The Brick
The item on the left is a brick from the Lexington High School/Middle School that I, along with several generations of my family, attended in Lexington, Missouri. I actually attended from the fourth to the eighth grade. The school, which was built in 1927, was demolished ten years ago. I was hoping someone would get some energy from this item. 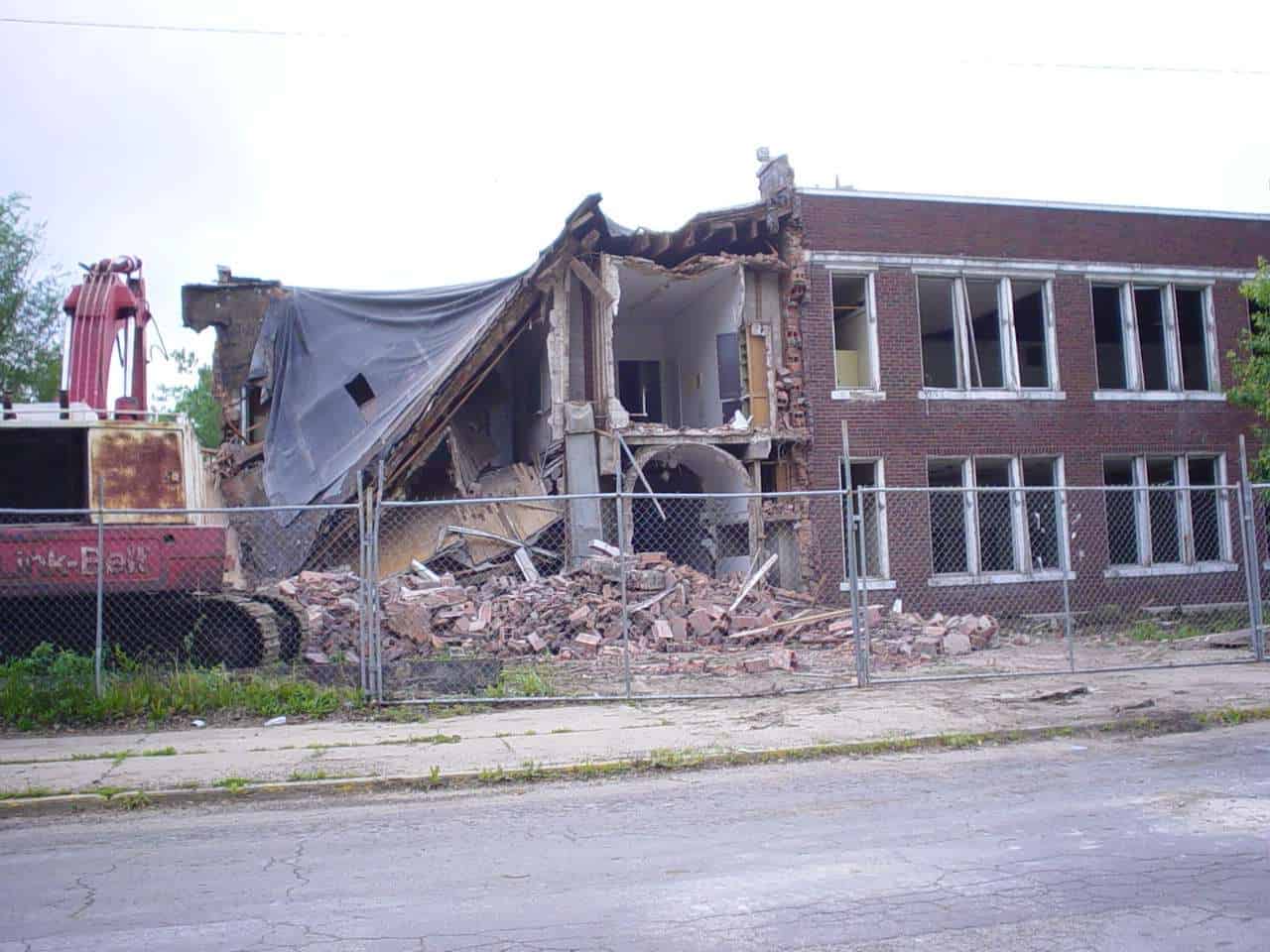 A photo of the demolition of the old school. This view is of the main entrance on the opposite side of the view you see in the black and white photo above.

The Boy with the Fish
The item on the right is a ceramic boy with a fish that was given to me by an uncle when I was little. I've always had it somewhere in my room or in my home since then.

So how did you do?

Sam Crust mentioned an award in his description, which makes me wonder if he could have been seeing the shiny gold plate with inscription glued to the front of the brick. He also mentioned a toy (specifically, Huckleberry Hound), which is a standing character (two legs, arms, facial features, etc.) similar to my boy with the fish.
Kevin D'Arcy mentioned “ceramic”, which is a good call. I can also see how he may have gotten a “bobble head type figure” from my boy with the fish.
Paranormalogistically mentioned the characteristics of “square or rectangular” and “box”, which would connect with my brick. I can also see how she could get “bumpy texture like hobnail glass” (which I had to look up to know what it was) with the boy with the fish. She mentioned “keepsake” as well, which I would consider both of these items to be.
Both Phyllis and Brandie Sellers used the word “box” in their descriptions, connecting them to the brick.
Randall Keller listed several colors, which you could argue is represented somewhere in both items. He also used the term “rectangular”, connecting it to the brick, and “smooth textures”, connecting it to the boy with the fish.

Shall we try this again sometime?

I really had fun doing this and I hope you found it interesting… or at least entertaining. I'd love to try it again sometime, would you? And if anyone decides to try this on their own, let me know. I'd love to participate.
To those who practiced their psychic skill for this exercise, thanks so much!