Would you like to see what a music teacher does on a snow day when he has a lot on his mind and puts important things off to the last minute when he really shouldn't because there's a musical to direct this week? You would?! Oh goody! Follow me through my crazy labyrinth of net surfing today! 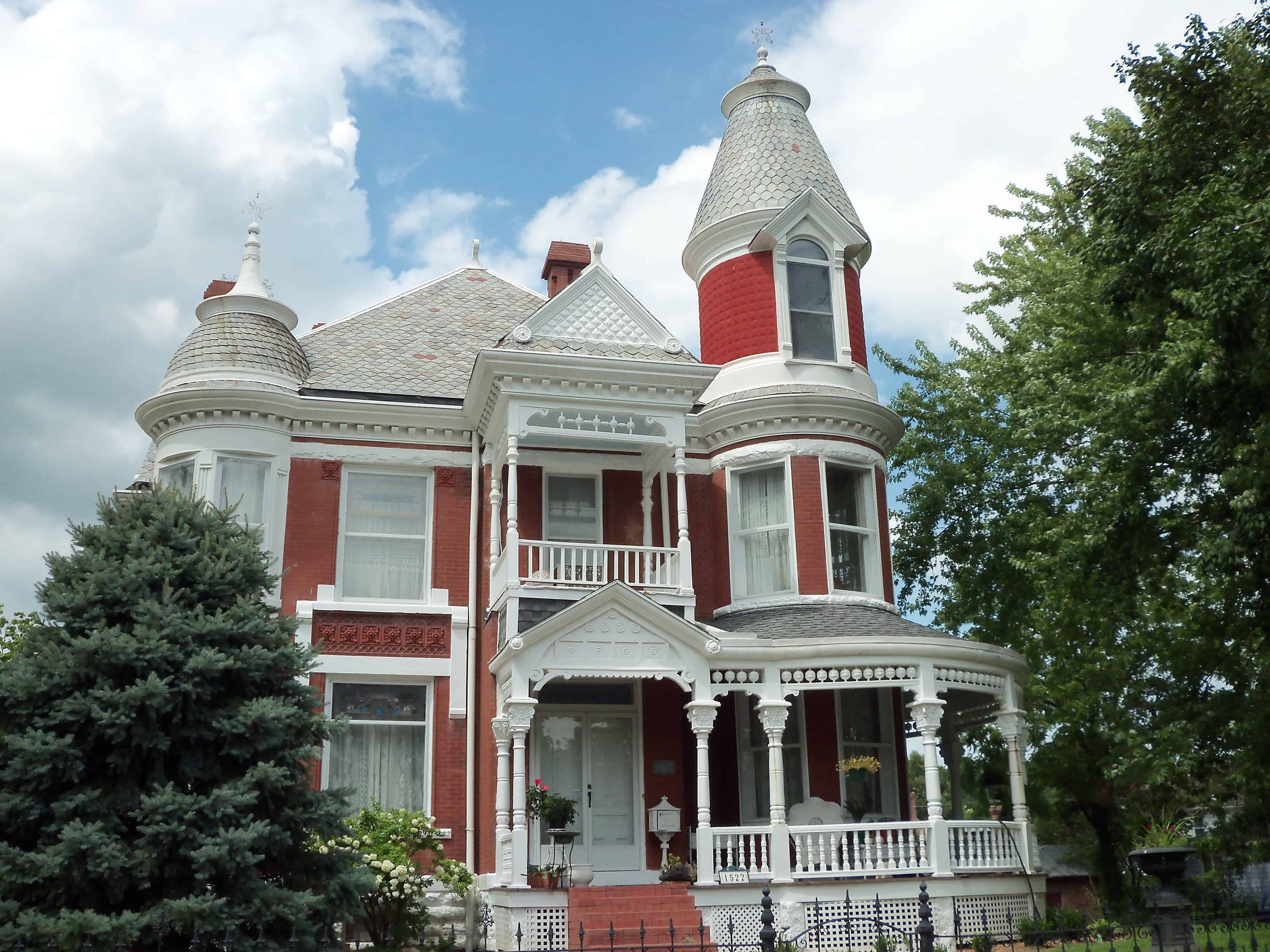 A home in Lexington, Missouri. Photo courtesy of midwesternmantra.com

So whether I'm watching a television show or just out on the road, sometimes I find a home and get obsessed with the overall look of it. I then get sucked into Googling the structure or the style (if I know what it is). Most of the time the place ends up being from the same Victorian time period that I'd love to be able to visit in a time machine! It could be that I grew up in a historical civil war battle town with lots of Victorian and antebellum homes and buildings.

I always decide that one day I'll live in an old home just like what I saw… then I remind myself of how very OCD I tend to be. I'm not sure I could live in a home with decades or centuries of other people's “funk”, and so I devise a plan of recreating a historically accurate wing of a future brand new home. I'm not entirely sure my beau would want to move into this strangely bi-century home, but I'll continue to dream.  Until now I haven't really pictured the outside. Hmmm… maybe it looks like Meet Me in St. Louis on one side and modern suburbia on the other?
.
Here's an example of things that get me started:
It was featured on an episode of This Old House a few weeks ago, where they work on refurbishing an Italianate house. The Victoria Mansion in Portland, Maine, was built in Victorian Villa style between 1858 and 1860. If you just Google the place, you'll see some amazing interior photos. 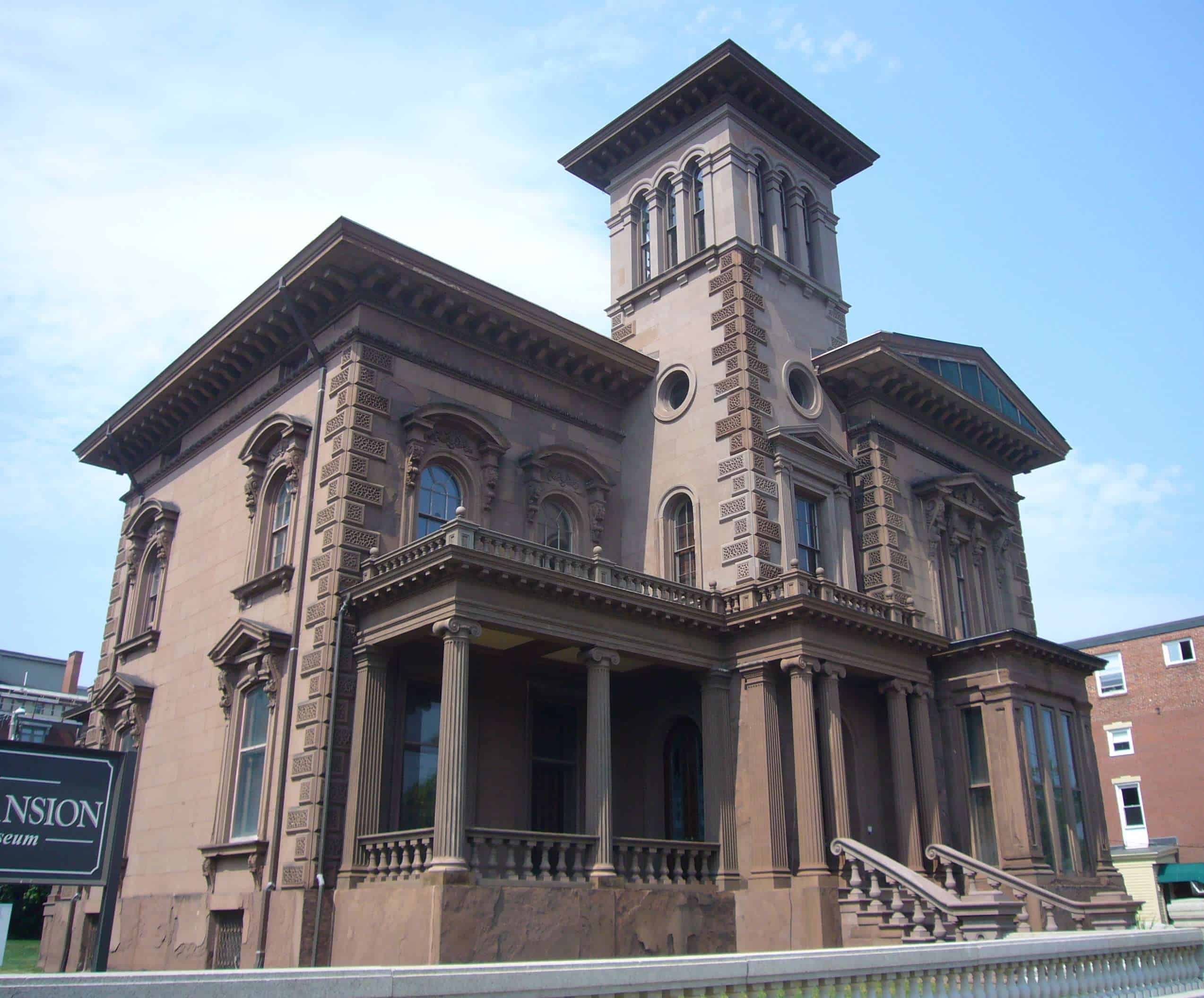 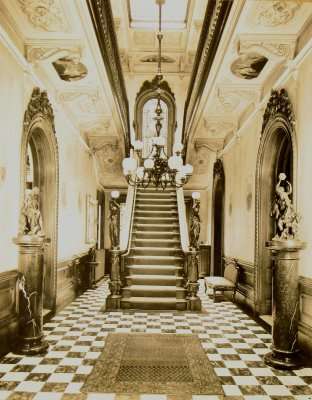 Or how about the Woodruff-Fontaine House, a French Victorian mansion that was built in 1870 in Memphis, Tennessee. I saw this one on a recent episode of Ghost Hunters. 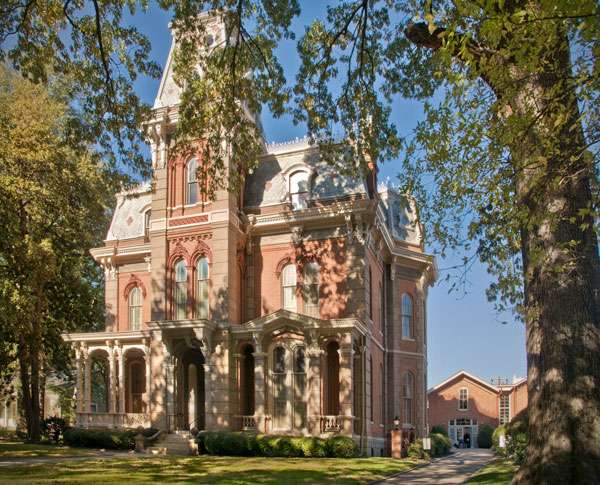 Is it the mansard roof?

Sometimes I think I'm just drawn to a home with a beautiful (or creepy) mansard roof. “Mansard Roof”–that's another fun one to Google! You can also check out this article, The Heyday of Mansard Roofs from the New York Times.
Speaking of mansard roofs! Here's one that caught my attention a year ago on a road trip with my buddy Matt. The Bourbon Hotel in Bourbon, Missouri. 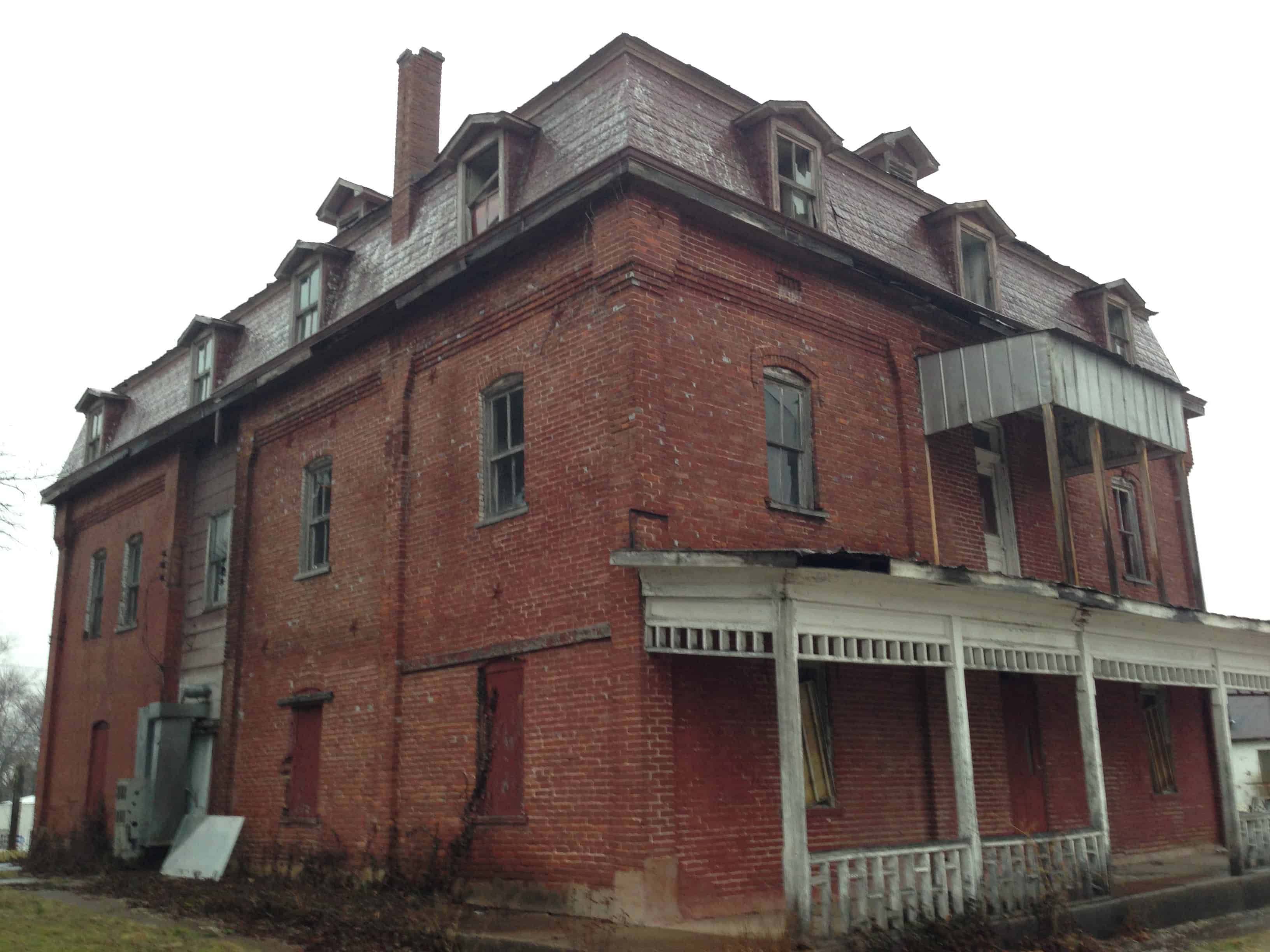 The Bourbon Hotel in Bourbon, Missouri

A famous big city version of a mansard roof belongs to the Grand Hotel in New York City, built in Second Empire Style in 1868. 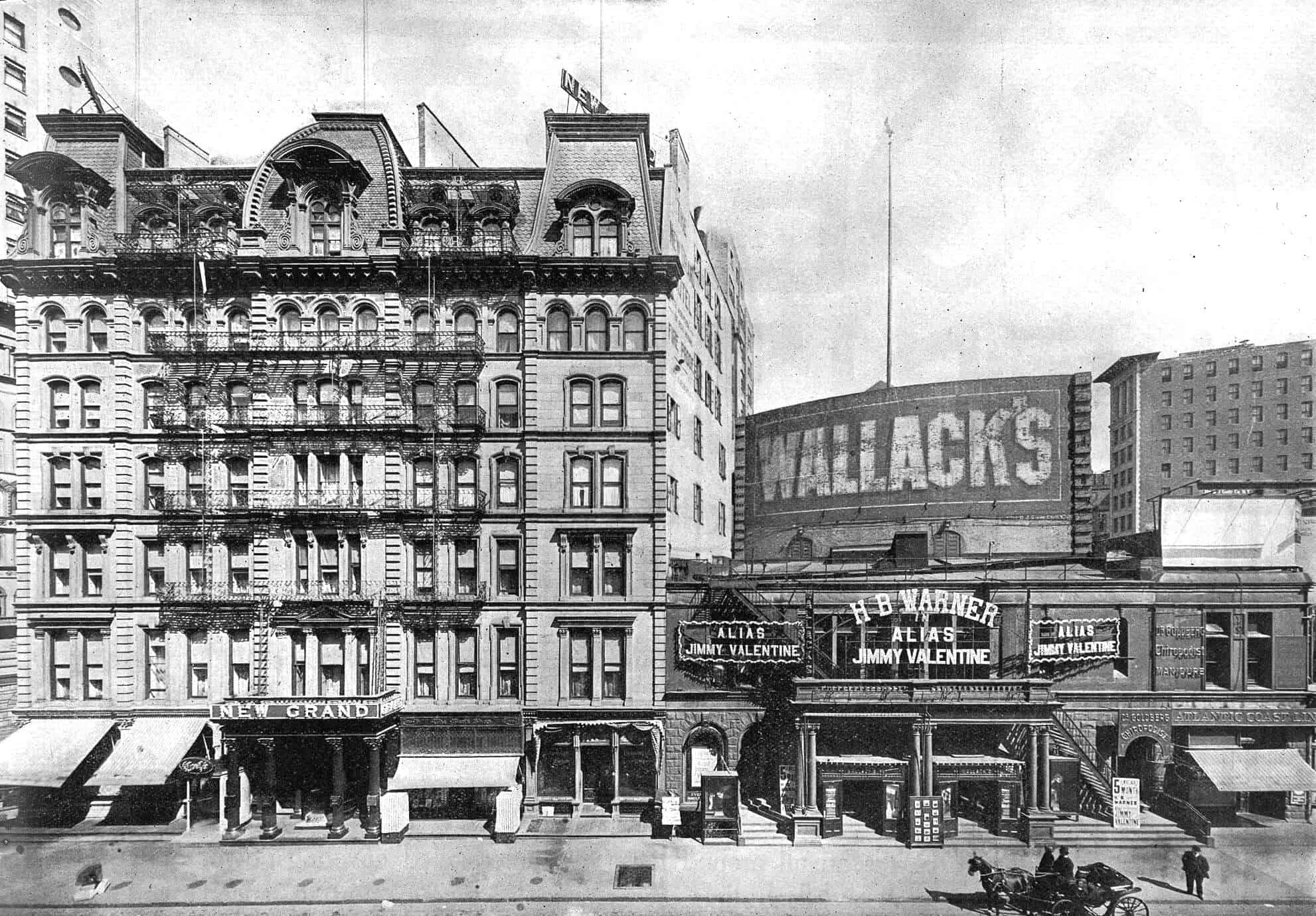 The Grand Hotel (on the left) in New York City

We interrupt this exciting program on mansard roofs to bring you this important Public Service Announcement!

Public Service Announcement! I decided to head downstairs to take a break from my web-surfing field trip. I highly discourage you from missing the bottom four steps on the way down! Uuugh! After a check to make sure all of my appendages still worked, and as I picked ice melt out of my hair from landing next to the front door where we've been tracking winter in on our shoes, I decided dinner sounded good.

So now I'm back. I'm fed. I'm sore… but a pain pill and a healthy dose of ibuprofen should take care of things.
Where were we? That's right… the beautiful Grand Hotel! Looking that one up reminded me of another NYC landmark–The Dakota Building in Manhattan, which was featured, through external shots, in the movie Rosemary's Baby (1968). The interior shots, though filmed on a sound stage, were apparently modeled after The Dakota as well. It was built between 1880 and 1884, and according to Wikipedia, “The building's high gables and deep roofs with a profusion of dormers, terracotta spandrels and panels, niches, balconies, and balustrades give it a North German Renaissance character, an echo of a Hanseatic townhall. Nevertheless, its layout and floor plan betray a strong influence of French architectural trends in housing design that had become known in New York in the 1870s.” 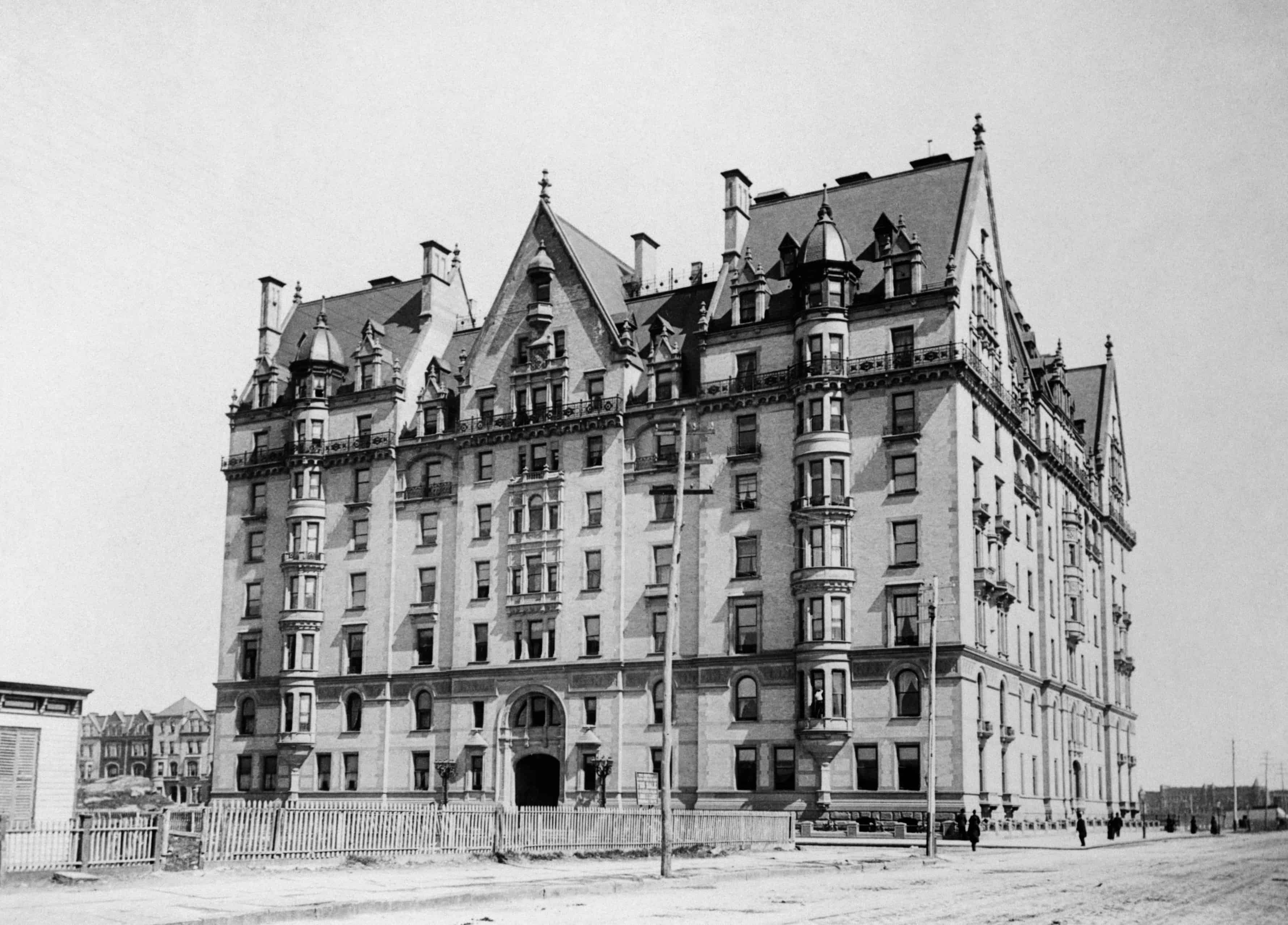 The Dakota Building in Manhattan 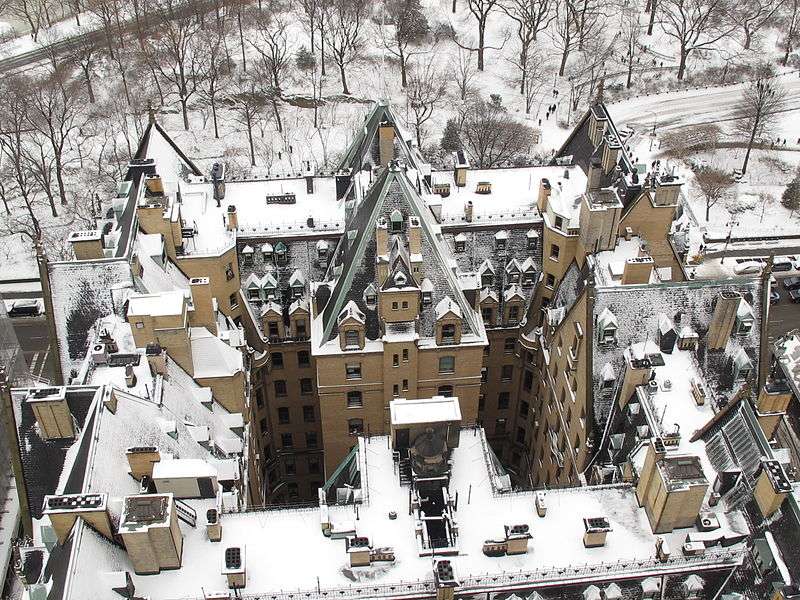 A snowy aerial view of The Dakota Building. Photo courtesy of http://blog.daum.net/jun1234/78

Could the Psycho house possibly be the most famous mansard roof?? Here's the painting “House by the Railroad” by Edward Hopper, which was apparently used as inspiration for the Psycho house. 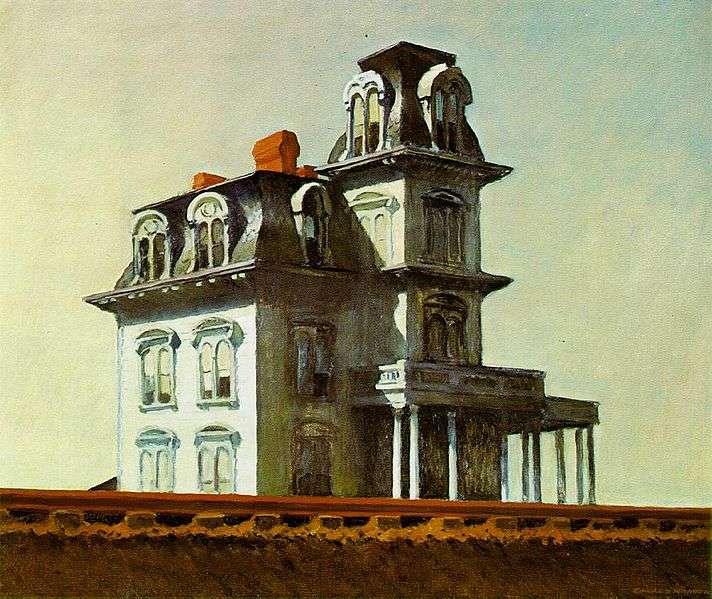 “House by the Railroad” by Edward Hopper

What's that? You're tired? Oh alright. I suppose I've held you captive long enough. I'll let you off the bus.
Till the next field trip.