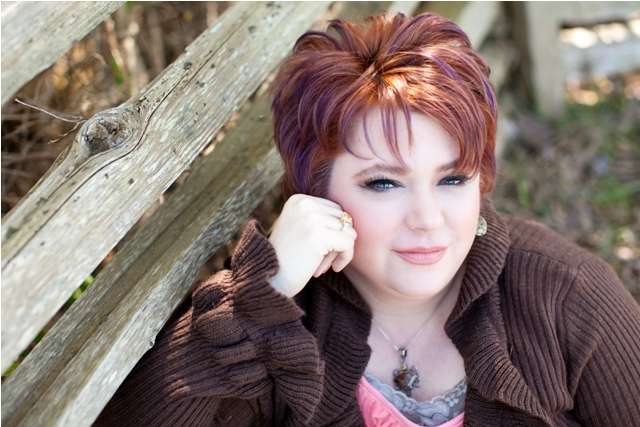 Today I want to share some thoughts I had after listening to an episode of Jim Harold's The Other Side podcast. Jim interviewed Kristy Robinett, a psychic medium. Now days everyone seems to be a medium or a psychic, and Jim has interviewed plenty of them, so as I started the podcast while driving to work yesterday morning I probably rolled my eyes. But as the interview went on, I realized how easy this woman was to listen to, and it almost seemed like she was in the car with me. She seemed so very honest and real, and she got emotional as she talked about some of her experiences with clients. It really was a great interview!
Kristy told Jim some personal stories from her childhood, a time that was apparently very challenging for her. She says she has been seeing and communicating with spirits since the age of three. She didn't have a lot of support and it seems the adults in her life often just didn't understand and didn't know what to do with her. I can't imagine how lonely it must have been growing up with people not believing you, not understanding you, or even thinking your gift was evil. Below is a portion of her bio from her website, kristyrobinett.com.

I grew up in a religious household and attended parochial school from K-12. Seeing spirits from the tender age of 3 I had difficulty understanding what I was being taught at school and church compared to what I was seeing, feeling and hearing. For several years I fought with the rationale, my sanity and my religion. It wasnt until I was in my 20s that I decided to consult my minister.
​As I sat down across from the man, his eyes looked into mine with wonder. I was the good girl of the school and the church; a straight A student, active in youth groups, the choir, the band, drama, varsity sports – an All American Girl – so the reason why I was sitting across from him wringing my hands profusely confused him. Not necessarily knowing how to begin, I merely blurted out I see ghosts. I see angels. I see spirits. And they talk to me! My minister looked at me without expression and asked me to explain more in depth to the degree of communication. At that moment his son came through. A son I never knew he even had. A son nobody in the parish knew he had and who he had lost. Tears shone in his eyes and he hugged me, giving me his blessing to pursue the work he believed I was given by God. It sounds oh so simple, but a theology debate with me playing the devils advocate took place over a matter of a few hours. I continued to consult with him and he would counsel me and I would often counsel him. He told me that it wouldnt be easy, me being who I was, but that if it were easy everybody would do it. He also cautioned me on the types of people who would try to ridicule me, play theology Jeopardy with me and mock me.
Becoming comfortable with my gift has taken an awful long time and still when I speak with someone who doesn't know “what” I am, I begin – “Now, I am perfectly sane, but….I see ghosts….” I am not different than you. Everybody has the ability to “see”, you just have to open yourself to it.

I think some of us probably have this idea that many psychics or mediums somehow chose this path, and maybe even for the purpose of gaining attention or fame. It made me stop to realize that for some of these people, they had no choice. It's who they are.

I have pre-ordered Kristy's latest book, Messenger Between Worlds: True Stories from a Psychic Medium, that is due out in July of this year. I can't wait to read it.