House of Darkness House of Light, Volume Two, by Andrea Perron, and more on The Conjuring

Before my review below, an honest discussion about Andrea's trilogy and The Conjuring movie. 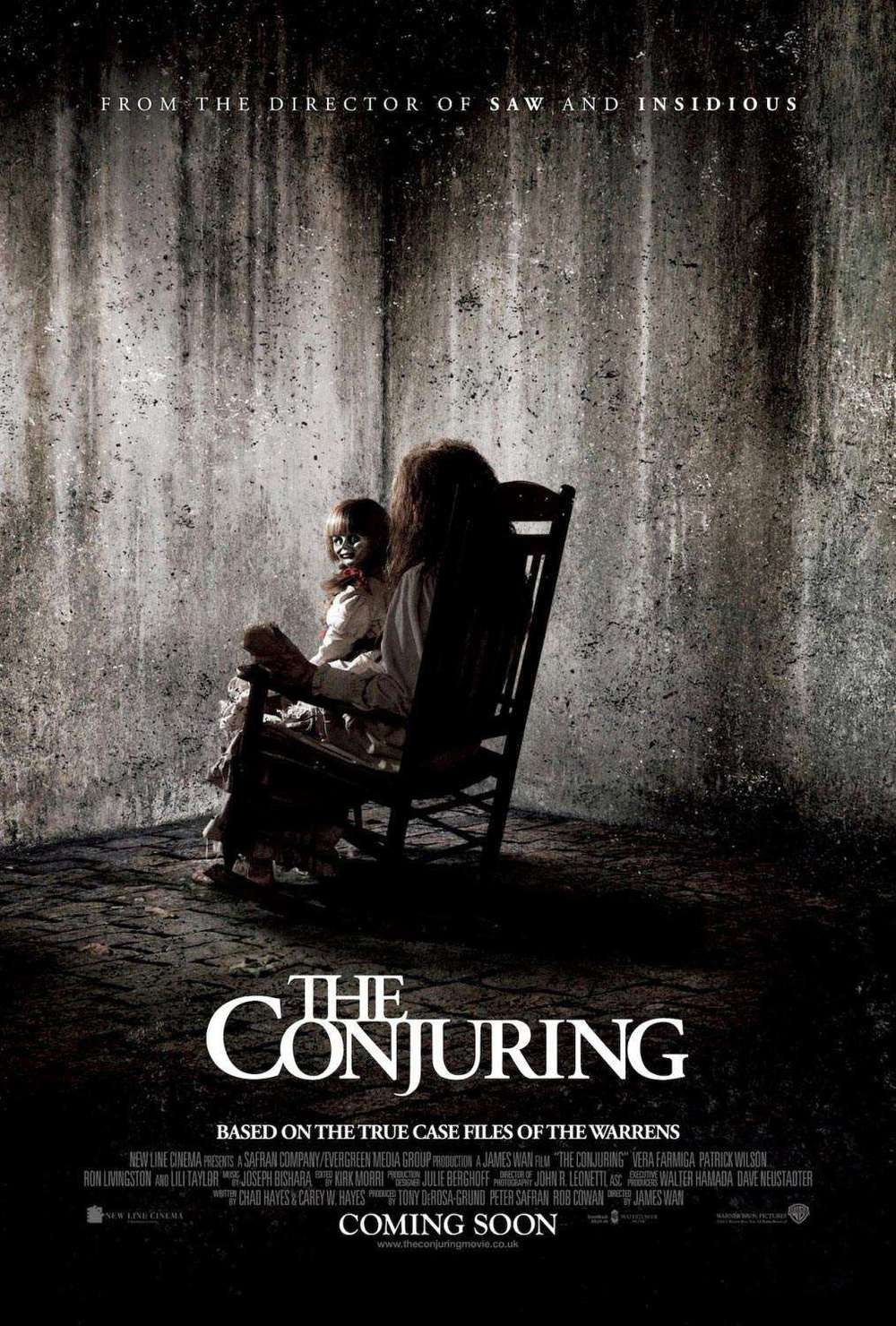 Since the first part of July of this year, a lot of my blogs and reading have had to do with either the House of Darkness House of Light trilogy by Andrea Perron or The Conjuring movie. Even though the movie is based on the investigation case files of Ed and Lorraine Warren, Andrea, the eldest real life Perron daughter, tells the story of the very real events in her books. Though I have not seen or read the actual case files, after reading Andrea's first two volumes, I'm fairly confident in saying the movie is VERY loosely based on the events from that farmhouse outside of Harrisville, Rhode Island during the 1970s. I didn't have knowledge of just how loosely it was based when I wrote the review of the movie. At the time, I was very excited about researching the back story and seeing an advanced screening of the film. I'd read that Lorraine Warren was pleased with the final product (she also makes a very brief appearance that many people, including myself, missed). Also, in a YouTube video Andrea reviews the film and states “I expected something entirely different. I expected Hollywood to do what Hollywood does, and yet in some ways this is a very quiet and studious film. You would never know that from the trailers, but that’s their job… to entice an audience. It’s also about the love of a family. It’s also about people who came to help, who felt that this was the most significant and compelling, and dark and disturbing story that they had ever heard in the course of a fifty year career.” She also mentioned that the film “truly captured what we endured.”
I really did love The Conjuring and I think it's truly a new classic, but after reading volume one and two, they don't seem to be connected. You know how it is when you get sucked into reading a novel AFTER you watched the movie it inspired? Do you allow yourself to visualize the setting and the actors in the situations you saw in the film? I usually try to shake the temptation, because as soon as I allow myself to watch the movie in my head while reading, something ends up being slightly or majorly different. Once that happens I'm hopelessly confused till the very last page. Well… let's just say I didn't have this problem with House of Darkness House of Light. 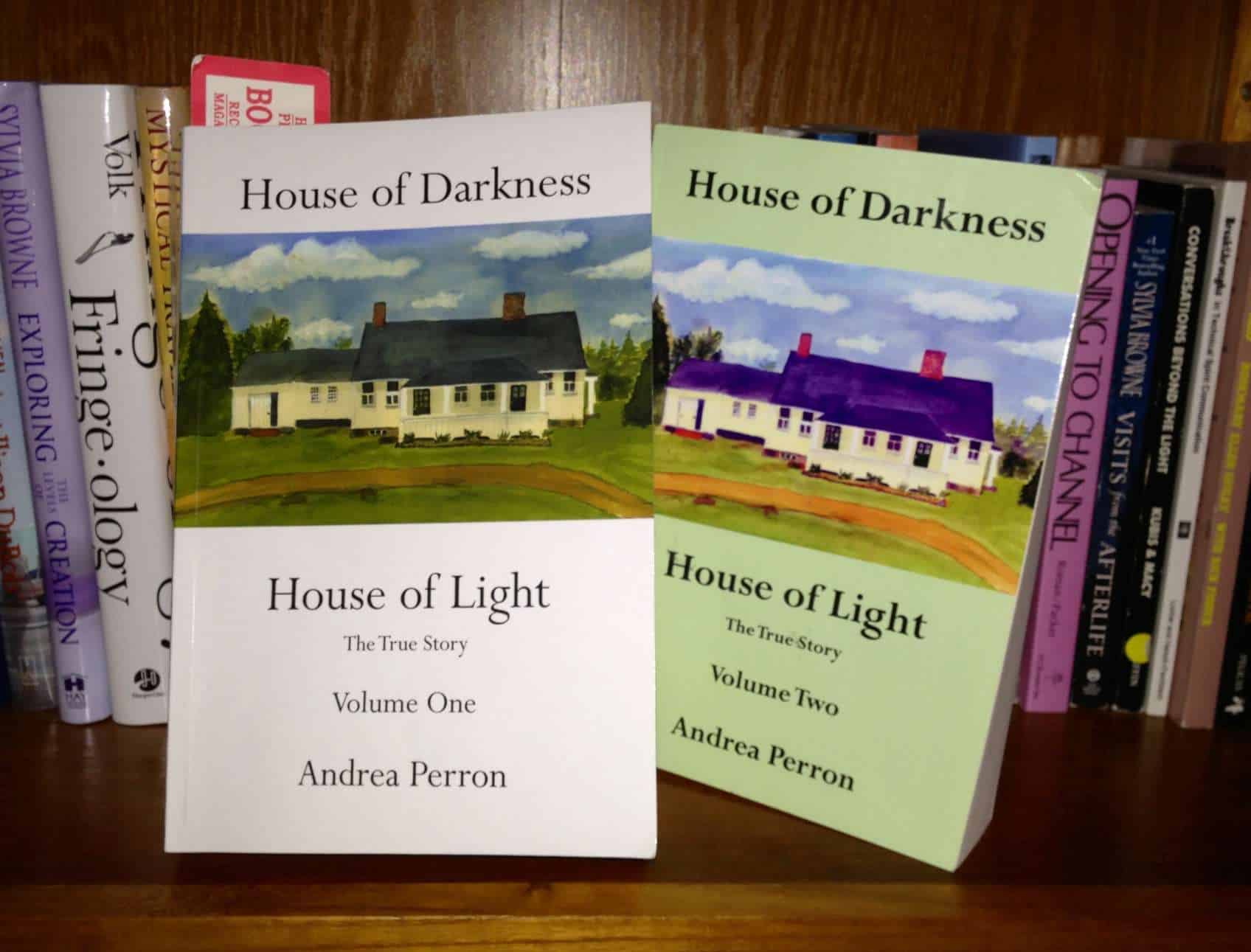 At around 500 pages each, volume one and two aren't for light and quick reading. Volume one had my intense attention for most of the book. I really enjoyed how detailed Andrea was. I don't think there's any chance of her leaving out any of the details. After a blogger and Big Séance reader commented on my review of volume one, mentioning how the book jumps back and forth in time, making it very confusing, I had to agree. Though it didn't bother me as much in the first book, I frequently got lost in the timeline of the story in volume two. Not only that, but you have to try to keep track of the five siblings, the order of their ages, and how old they are at that particular moment. Was this chapter before or after a particular event I just read about? Had the Warrens been there yet? In my opinion, even though I think Andrea is a fantastic writer, and I very much enjoyed the books, the back and forth in time thing is the biggest flaw in these two volumes. With that being said, perhaps an explanation for this style has to do with these events lasting a whole decade. It may have been impossible to get points and information across in a simple chronological style. The reader might also want to be aware that Andrea writes in a very flowery and poetic style, which might not be something everyone resonates with.
By the time I got midway through volume two, it had my serious attention, just as volume one had. It was the moment the Warren's arrived on the scene (their involvement is only hinted at in volume one). They made several appearances in the book, but the infamous séance chapter, which I can only assume was the direct inspiration for the exorcism portion of the film, was so very powerful. Dramatic and intense, after being carried away with real life and reading short chunks at a time for a week or two, it brought my focus back to the book.  This was the height of the supposed “oppression” (making its way to “possession”) of Carolyn Perron (the mother). Before the séance was over, Roger Perron (the father), who incidentally is painted horribly in the books, ended it all and threw all non-family members out of the house.
Speaking of being painted horribly, what I didn't know and was surprised to find out, was that the Warrens aren't portrayed at all to be the saviors that they are in the movie. In fact, the family seems to end their relationship with the Warrens on bad terms. For the most part, they're blamed for making everything worse. Prior to their first visit, Carolyn took quite a few notes on her early haunting experiences at the house. She did lots of research on the history of the farmhouse and the residents that appear to be haunting them. Apparently the Warrens either lost these documents or just never returned them. Possibly the biggest strike against them was the fact that they apparently broke their confidentiality agreement with the Perrons, discussing details of the fascinating haunted Harrisville farmhouse in the talks they gave around the country. For a while the Perron family's privacy was continually violated by curious travelers dropping by to catch some kind of paranormal activity first hand. Ironically, the popularity of the movie caused the same thing to happen for the current residents. I sincerely hope that problem is old news by now.
In the remainder of volume two there are some very heartfelt moments, some incredible stories involving the sisters, and a big life-changing realization by Carolyn. The paranormal activity (which isn't always negative) apparently got milder as the family learned to give respect and practice “live and let ‘live'”. In the end, Roger and Carolyn split up, though it's unclear to me whether this happened before or after they move out of the farmhouse for Georgia, leaving a decade of haunting experiences behind. I'm only guessing this will be cleared up in the last volume.
Volume three has not been released yet, but I imagine you'll hear from me at some point after it arrives and after my bookmark has the chance to make its way through the pages.

My previous House of Darkness House of Light posts (most recent first):