From Pumpkins to Jack-O-Lanterns 2013 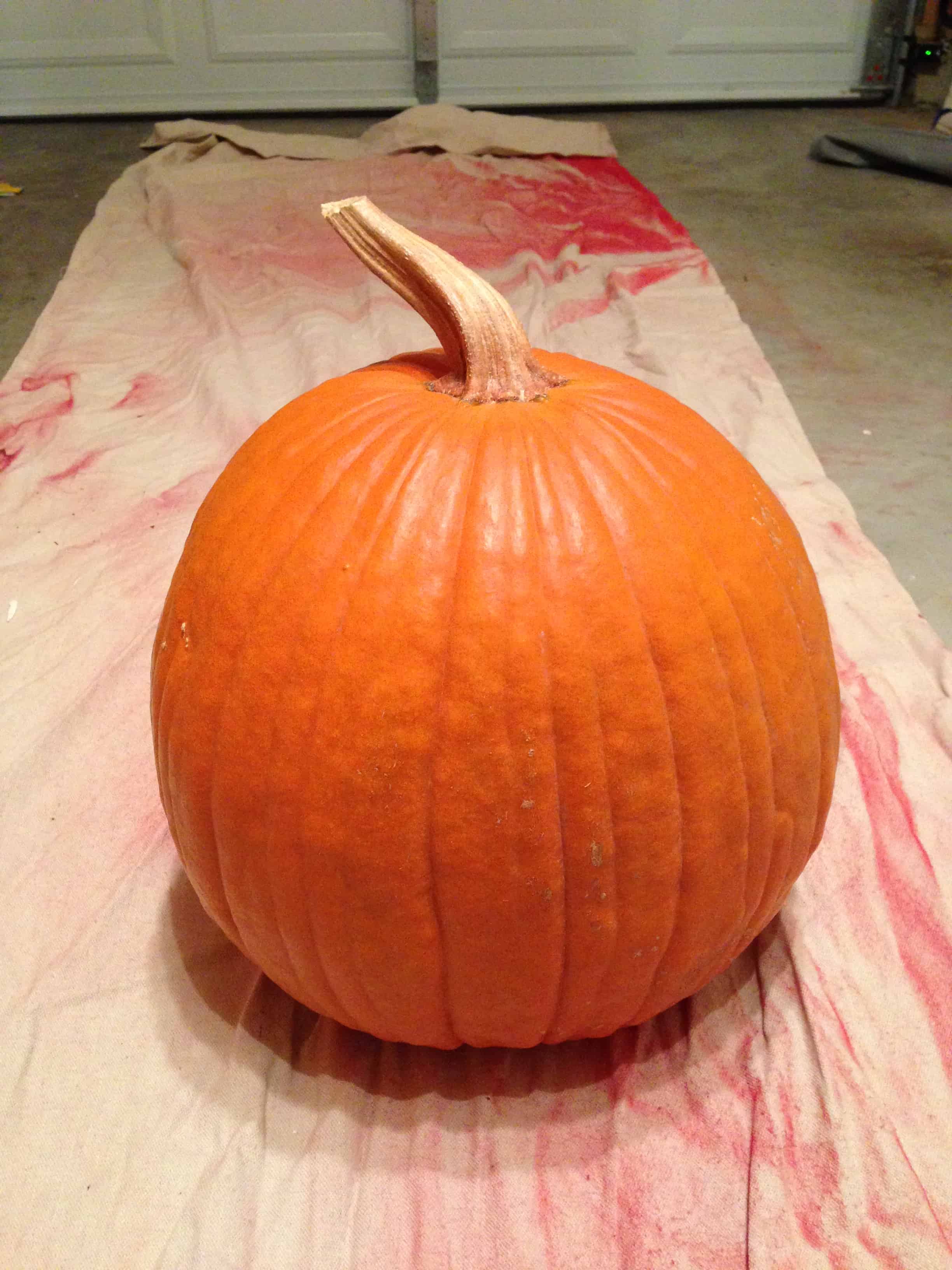 My pumpkin before carving. I carved while listening to as many classic Halloween songs as I could find on YouTube. Then I had to clean finger prints off of my phone. It's funny how I always forget about the smell of a pumpkin. You smell it as soon as you make the first cut. It was instantly nostalgic to me and took me back to a very early memory of probably one of my first jack-o-lanterns at our first house when I was very young. We had an enclosed front porch with an old door with a window , that led to the kitchen. For some reason our jack-o-lantern was inside that front porch, rather than outside. I remember sitting and watching through the window as the jack-o-lantern flickered and glowed. 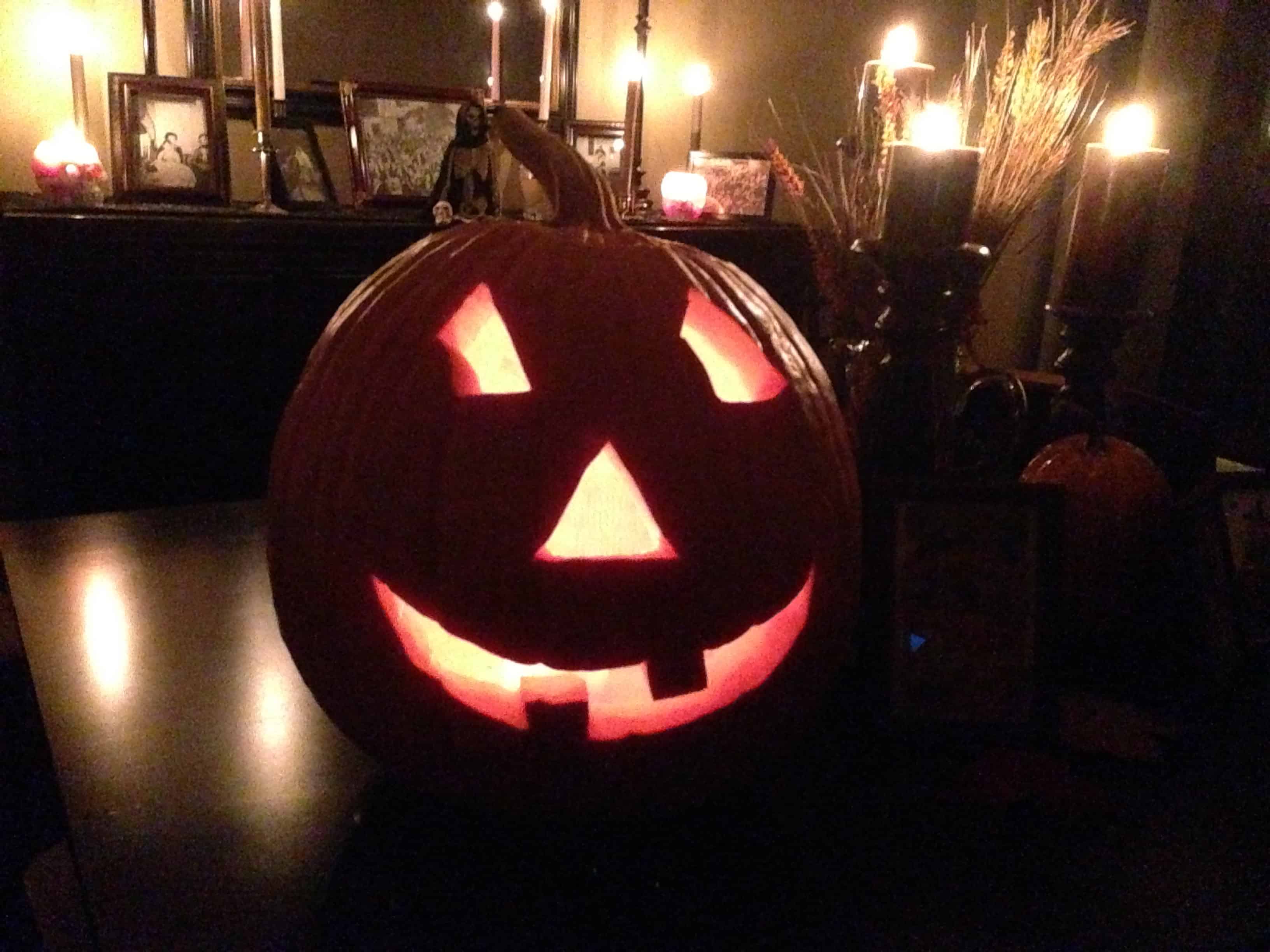 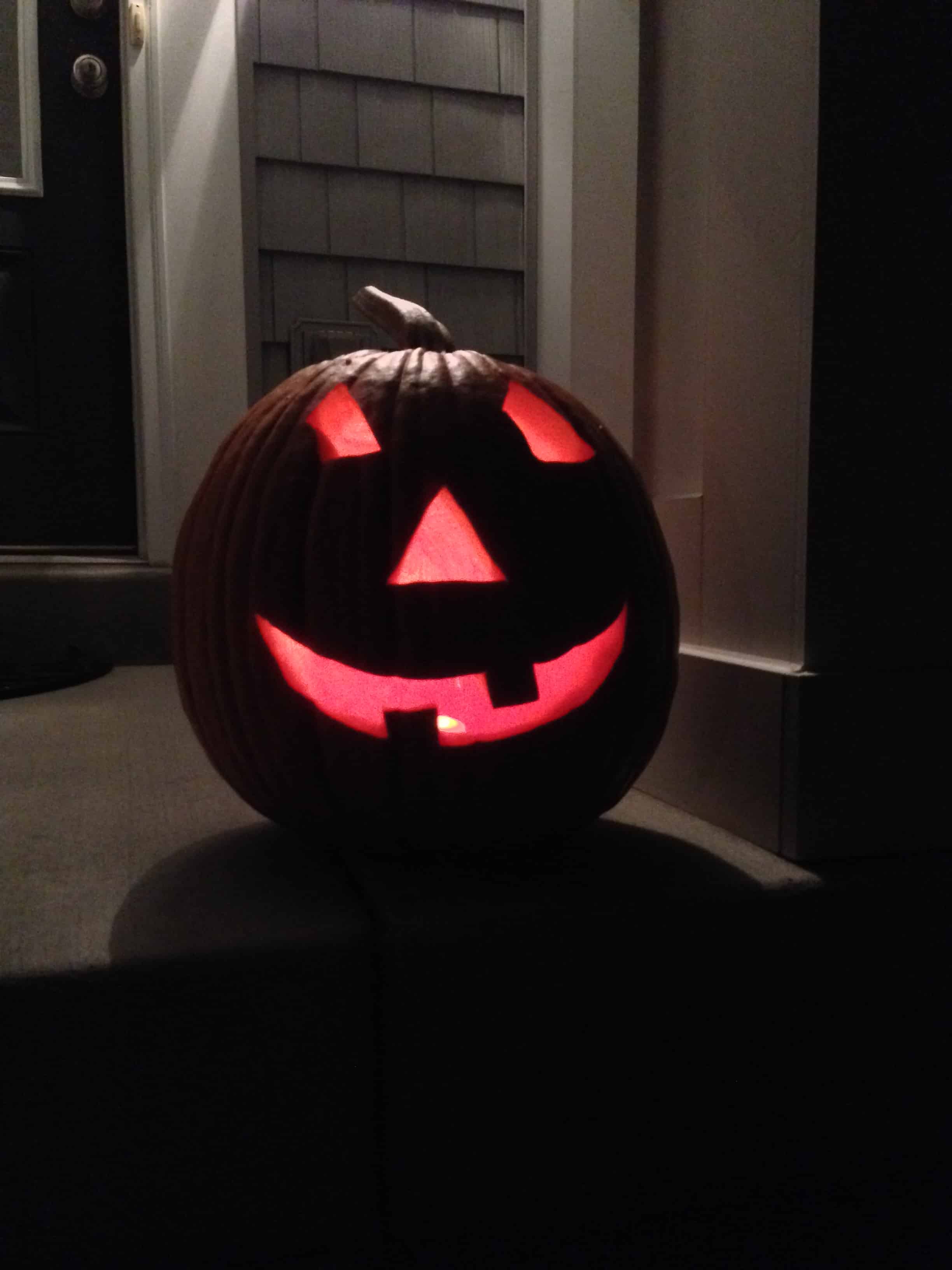 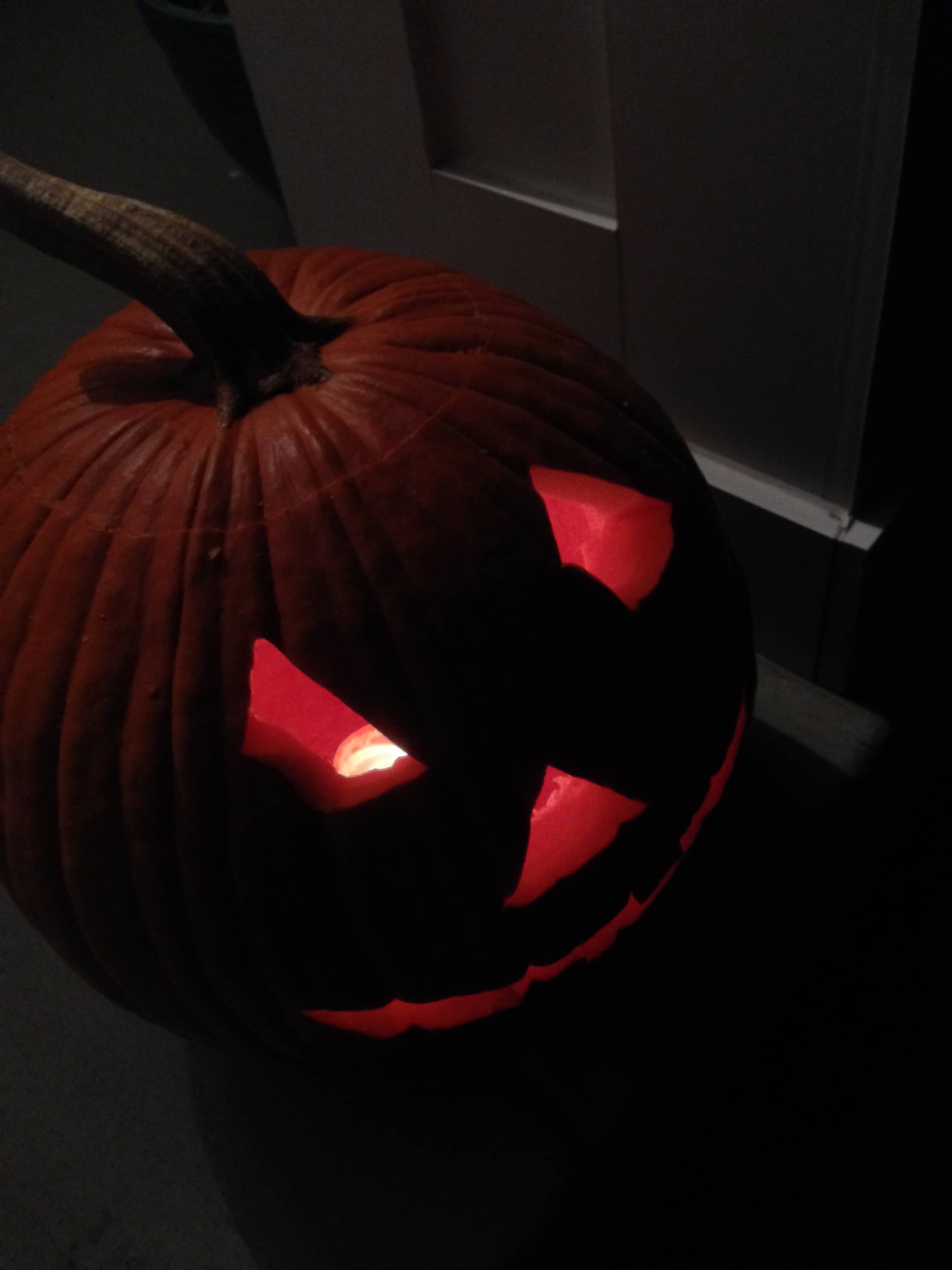 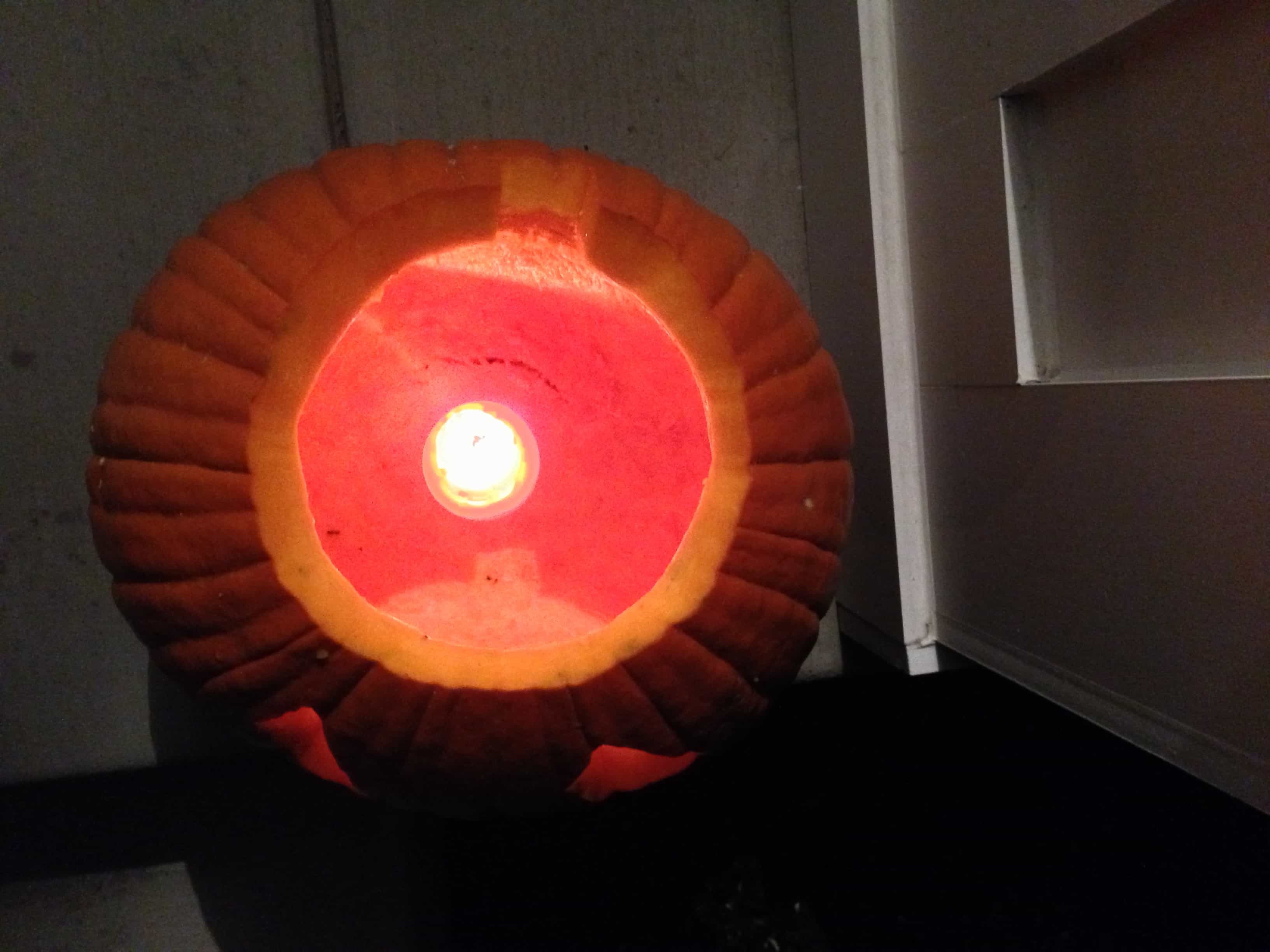 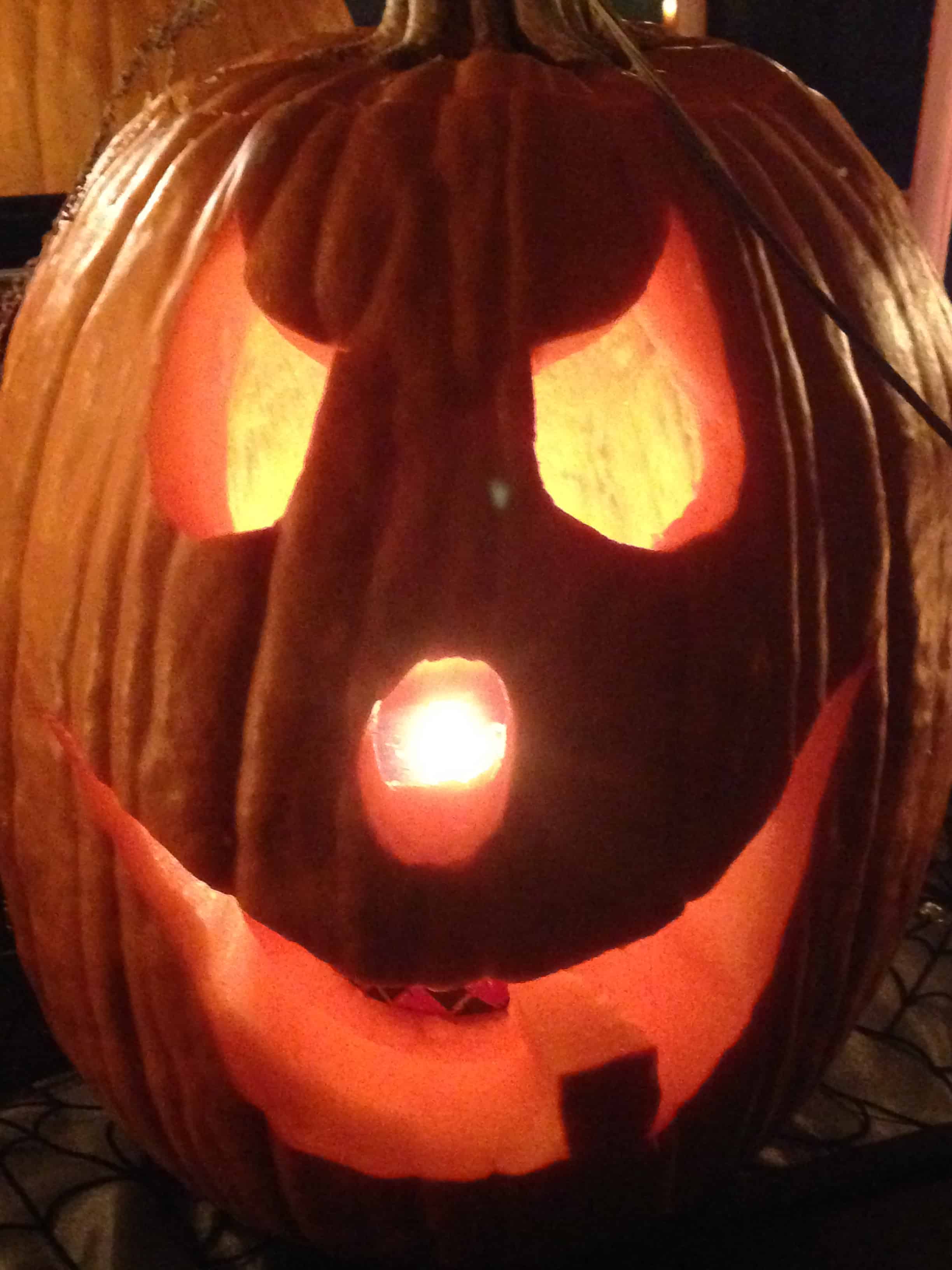 This year we broke tradition and I carved Joe's pumpkin as well. I tried to go for something different… something with a sinister look in the eyes and not quite so chipper. (Ahem… this punkin' head is not meant to be a representation of Joe.) 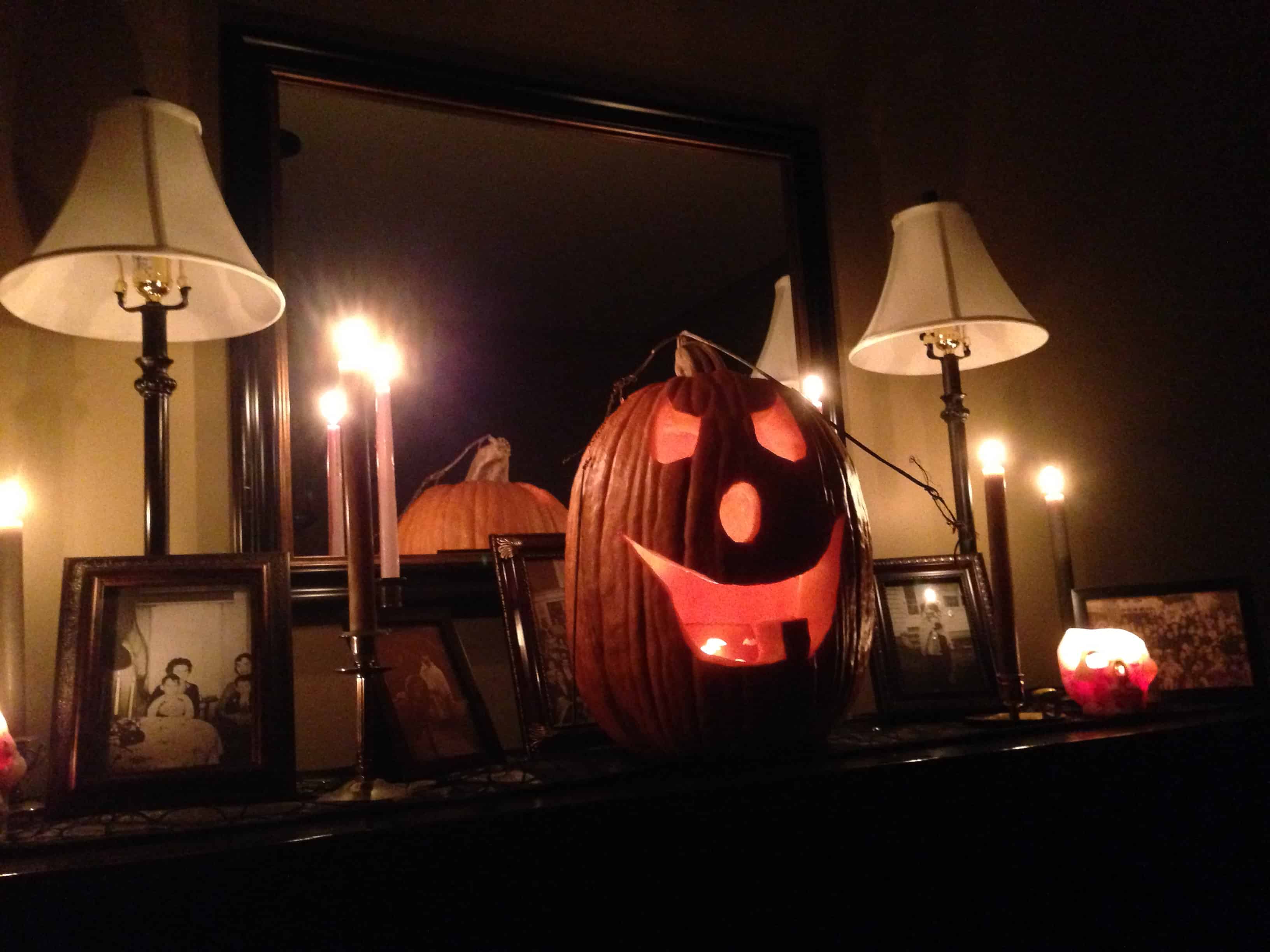 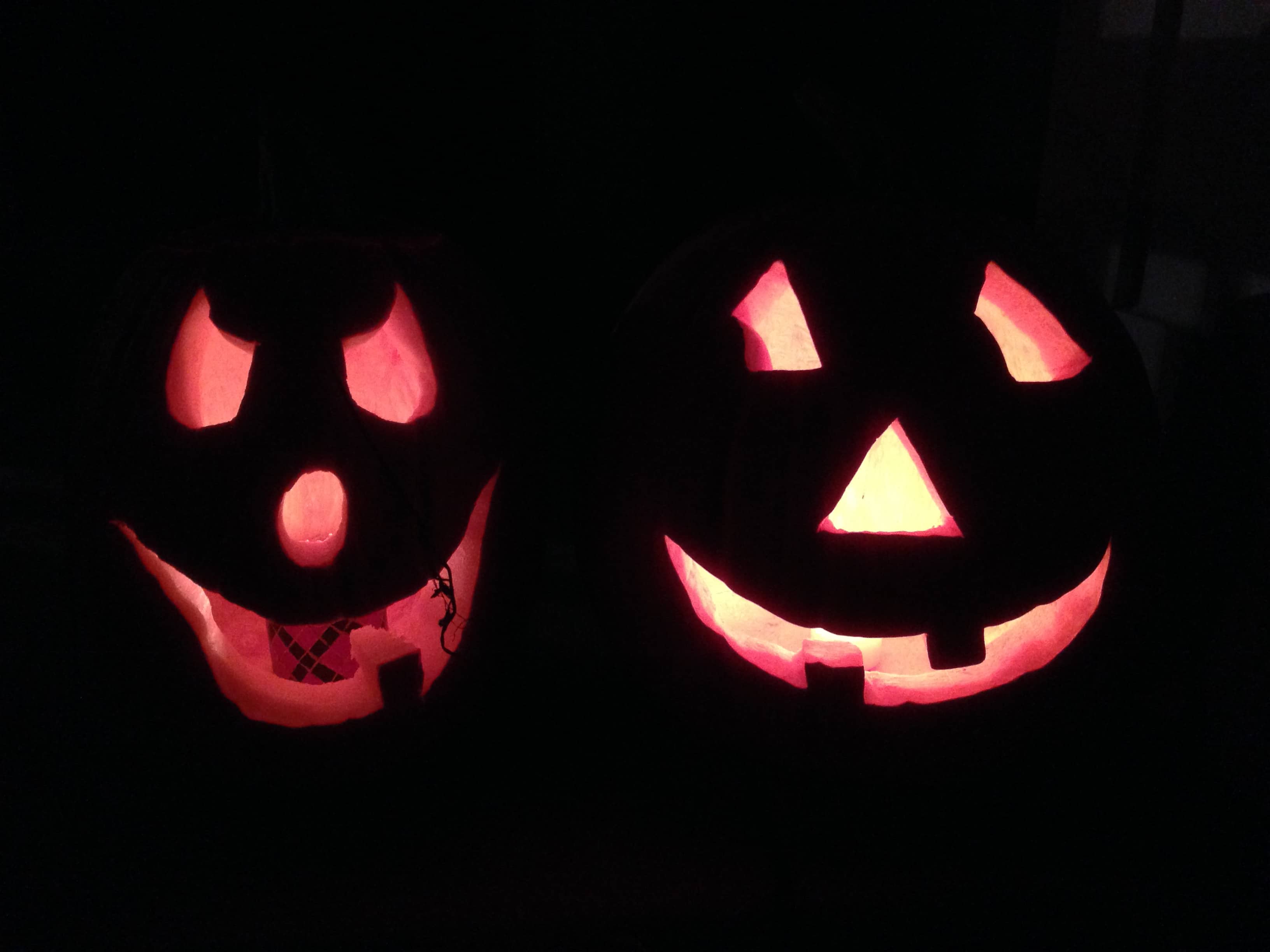 I like how my punkin' head on the right seems to be eyeballing Joe's pumpkin. Don't look too close. The one on the left is being illuminated by a sparkly Christmas candle. 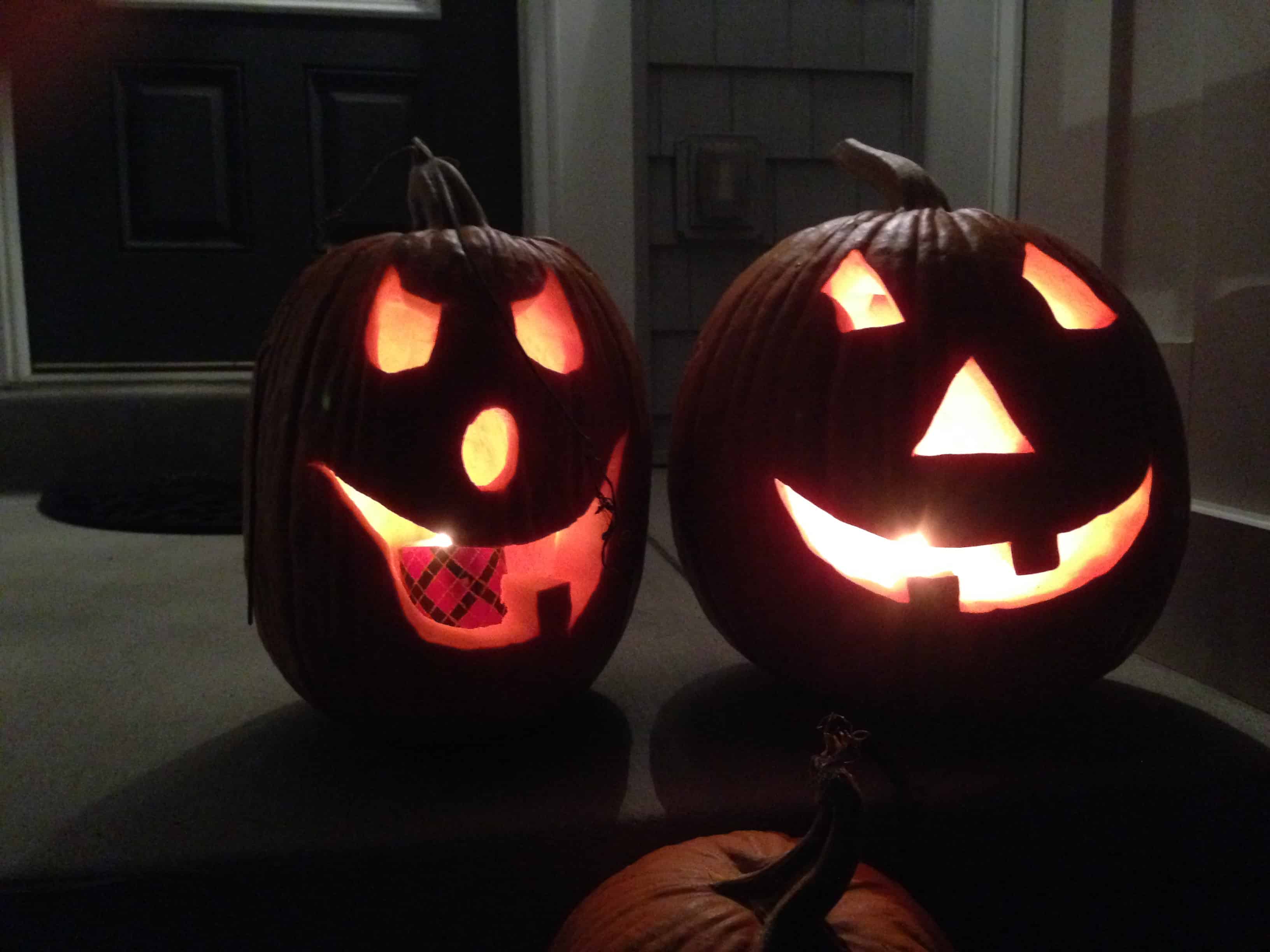 Once again, the sparkly Christmas candle seems to be highlighted in the photo. 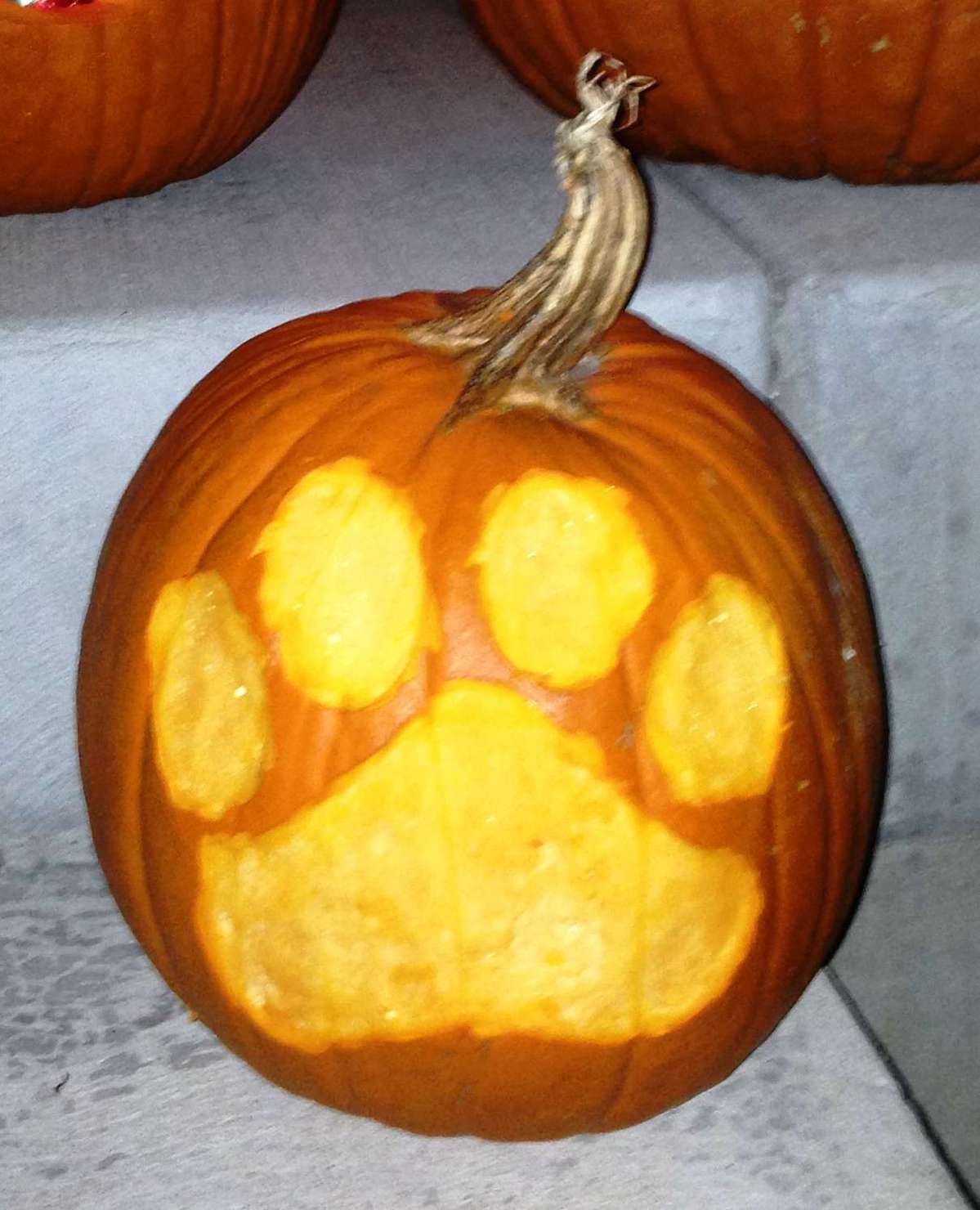 This is usually Meril's signature jack-o-lantern look. Joe helped him. I think it gets bigger every year. 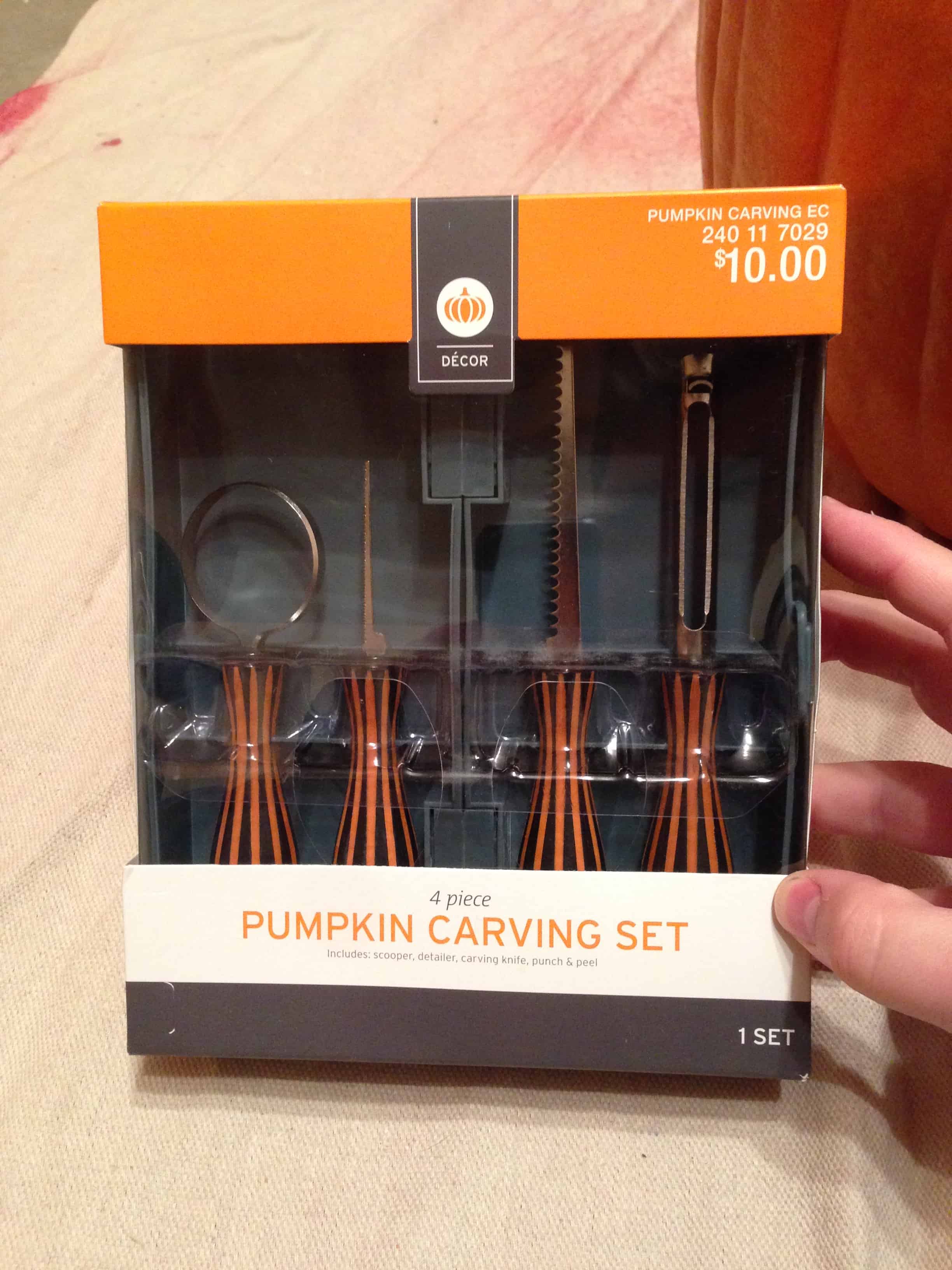 We have a plethora of various pumpkin carving tools from mostly cheap sets by “Pumpkin Masters”. We purchased a rather expensive set online last year. I found that this $10 set from Target is just as good or better than any of them. I recommend it!