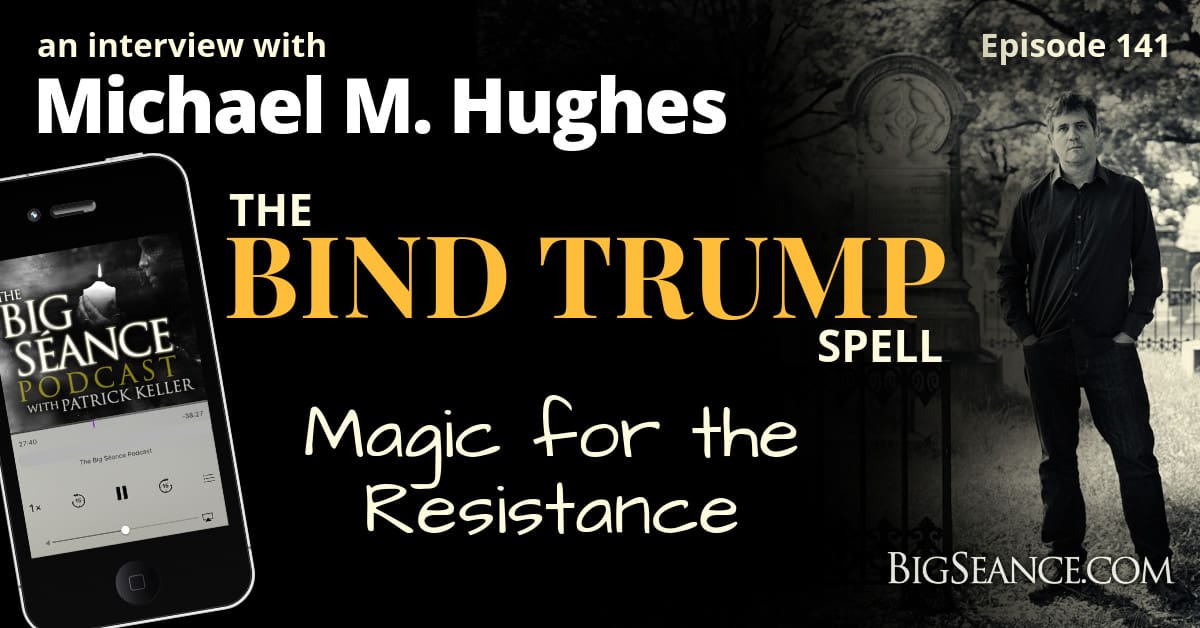 After the 2016 Presidential Election in the US, Michael M. Hughes created a spell to bind Donald Trump. Witches and magic practitioners jumped on board, the mass media took notice, and it went viral internationally. Michael has a new book, “Magic for the Resistance: Rituals and Spells for Change.”

A heads up and an explanation of what’s coming in this episode :00

Here’s why Patrick decided to move forward with an episode about the occult that is also political. 1:29

The inspiration for the Spell to Bind Donald Trump and All Those Who Abet Him 22:29

Putting the spell together 25:12

Mass media takes notice of Michael and his ritual 32:15

Trump is still in power, so what is the plan looking forward? Looking back, what has worked and what has failed? 42:16

Keeping the movement going when it’s easy to feel burned out 49:31

Spells for the LGBT community and other progressive causes 56:32

A special THANK YOU to Patreon supporters at the Super Paranerd and Parlor Guest level! 1:29:05

For More on Michael M. Hughes

Magic for the Resistance on Amazon

The Big Seance Podcast can be found right here, on Apple Podcasts, Google Podcasts, Spotify, TuneIn Radio, Stitcher, and iHeart Radio. Please subscribe, submit a rating, or share with a fellow paranerd! Do you have any comments or feedback? Please contact me at Patrick@BigSeance.com. Consider recording your voice feedback directly from your device on my SpeakPipe page! You can also call the show and leave feedback at (775) 583-5563 (or 7755-TELL-ME). I would love to include your voice feedback in a future show. The candles are already lit, so come on in and join the séance!