Belvoir Winery/Odd Fellows Home: Ghosts can do that? The Evidence… sort of…

See the end of this post for links to previous posts in the series.

On the drive home from the overnight investigation at Belvoir Winery, I was tired, but on a high from having such a cool experience and meeting some really cool people! I already had blog posts planned out in my head. I knew I had some amazing footage on NightShot video, including the one and only Britt Griffith using and demonstrating the use of my spirit box, and hours of very fascinating possible spirit communication with flashlights in two different locations. 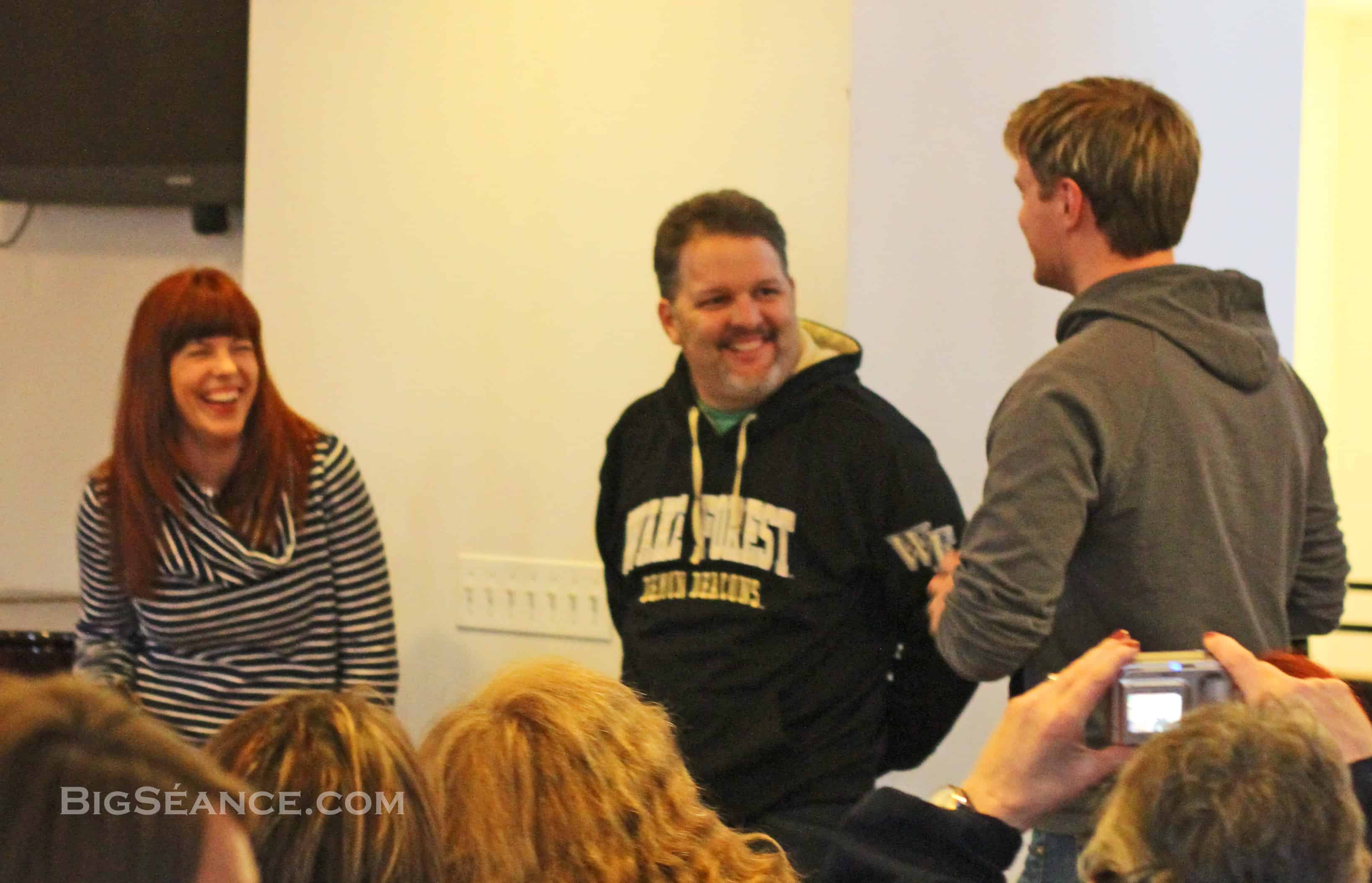 Amy Bruni, Britt Griffith, and Adam Berry having a good time with guests at Belvoir Winery.

But what was I MOST excited about capturing? There was a brief period of time where the adorable and amazing duo, Amy Bruni and Adam Berry, joined my group for part of the investigation. Since I happened to be filming, and since they were standing right next to me, I took that opportunity to turn to capture both of their faces in MY VERY OWN NIGHTSHOT! Who gets the opportunity to do that? This was all happening as we were listening to my spirit box in the corner. As I quietly mentioned to them how big of a moment this was, they both hammed it up with a pose and a smile, just for me! Gold, right?! Freaking Elvis moment! And I KNEW that the screen shot was going to be featured right here on the blog. 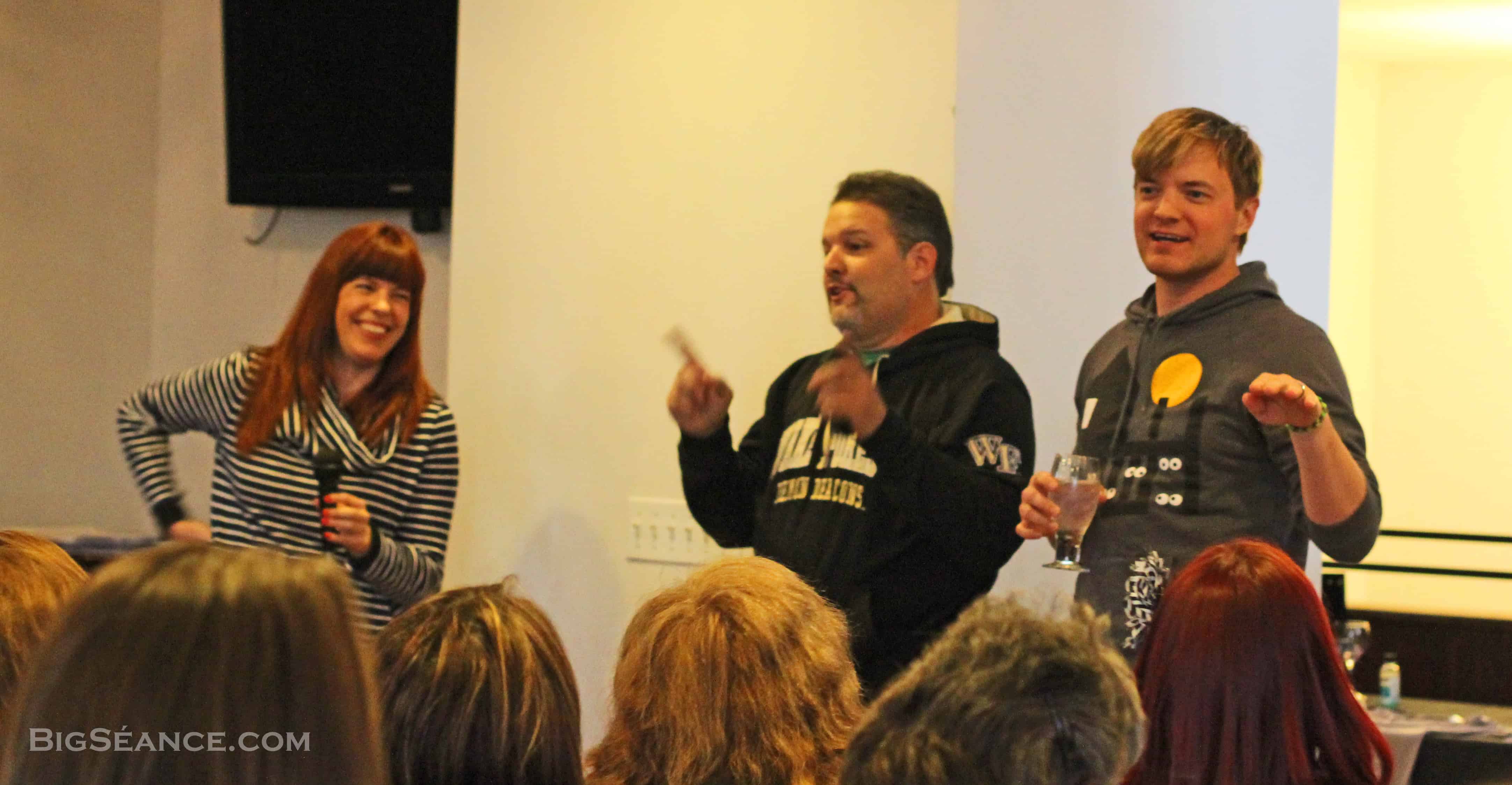 NOT the screen shot.

Well… clearly that screen shot is missing. And clearly I've misled you to believe that this post would include amazing evidence. But just wait. The story, though very mysterious, continues.

Not long after my return home, I hooked up one of my two remaining NightShot camcorders to the computer, ready to upload all of the footage from the three tapes that I used during the investigation. Suddenly, the all too familiar beeping and error code began to show up, which sometimes leads to the tape getting stuck in the camcorder. I didn't panic. Anyone familiar with these camcorders knows this exact frustrating error. Once I got the tape out, I knew that since I had another camcorder, I'd surely have no problems.
The same thing happened with the other camcorder. I tried one of the other tapes. Same problem. Another tape in the camcorder. Same problem. I couldn't even play or rewind the tapes. An hour and lots of frustration and google searches later, I gave up and went to bed.

Fortunately, I know Robert Painter from Tape2DVD. He can convert anything to the modern age!

To make a long story not as long, Robert tried everything he could. What was on the tapes? Snow. Snow with a counter that would track the time to the very end of the tapes. Robert informed me that new tapes that have not been recorded on simply don't play, and there wouldn't be a counter, therefore clearly something had been recorded onto each tape. You should know that as I recorded that evening, I used the pull out LCD screen that allows you to see what you're filming. In fact, since much of our investigation was in the dark, that's how I found my way. When you're recording, it makes it clear with a red dot on the screen. I saw it each time. The next thing you should know is that I reuse my tapes. Two of the tapes were not taken to the very end, therefore most likely, Robert should have found various leftover footage from past investigations at the end of those tapes. This was not the case.

Most of us have always heard that you should keep magnets away from things like tapes, hard drives, credit cards, etc. This apparently also includes strong electric currents, or any kind of electromagnetic field. Even though this is common knowledge for many people, I don't think anyone really ever expects it to happen to them. You should always be careful around storms and lighting, but no one ever expects to be struck by it. Could some kind of strong source of electricity or exposure to a magnet have erased my tapes? And if so, is it common for them to have been erased so perfectly? Other than a few small gadgets, batteries, flashlights, and more tapes, I didn't have anything in my bag that would have caused this. I can't even think of anything that I would have been around that night that would have fit this description.

Ghosts can do that?

Now I know what some of you are thinking… and I've thought about it as well. Is Belvoir Winery truly so active that the spirits used or manipulated so much energy for communication that it erased all of my video tapes? Did they? Or… is there some sort of conspiracy? Perhaps someone involved in the planning of the event doesn't wish for there to be video footage leaked to the public? Did Amy and Adam decide to break out the tape-erasing magnet because it wasn't a great hair day? (Ohhh that would make me cry.) Did my equipment bag get bathed by some kind of magnetic shower while I wasn't looking?

I truly am boggled by all of this. I don't even know what to think. I told Robert to save the tapes for me, just in case aliens drop by with the abducted footage one of these days, or maybe in the future we'll have space-age technology that will unerase tapes.
…until then, I'll include this place holder to represent the NightShot screen shot of Amy and Adam. 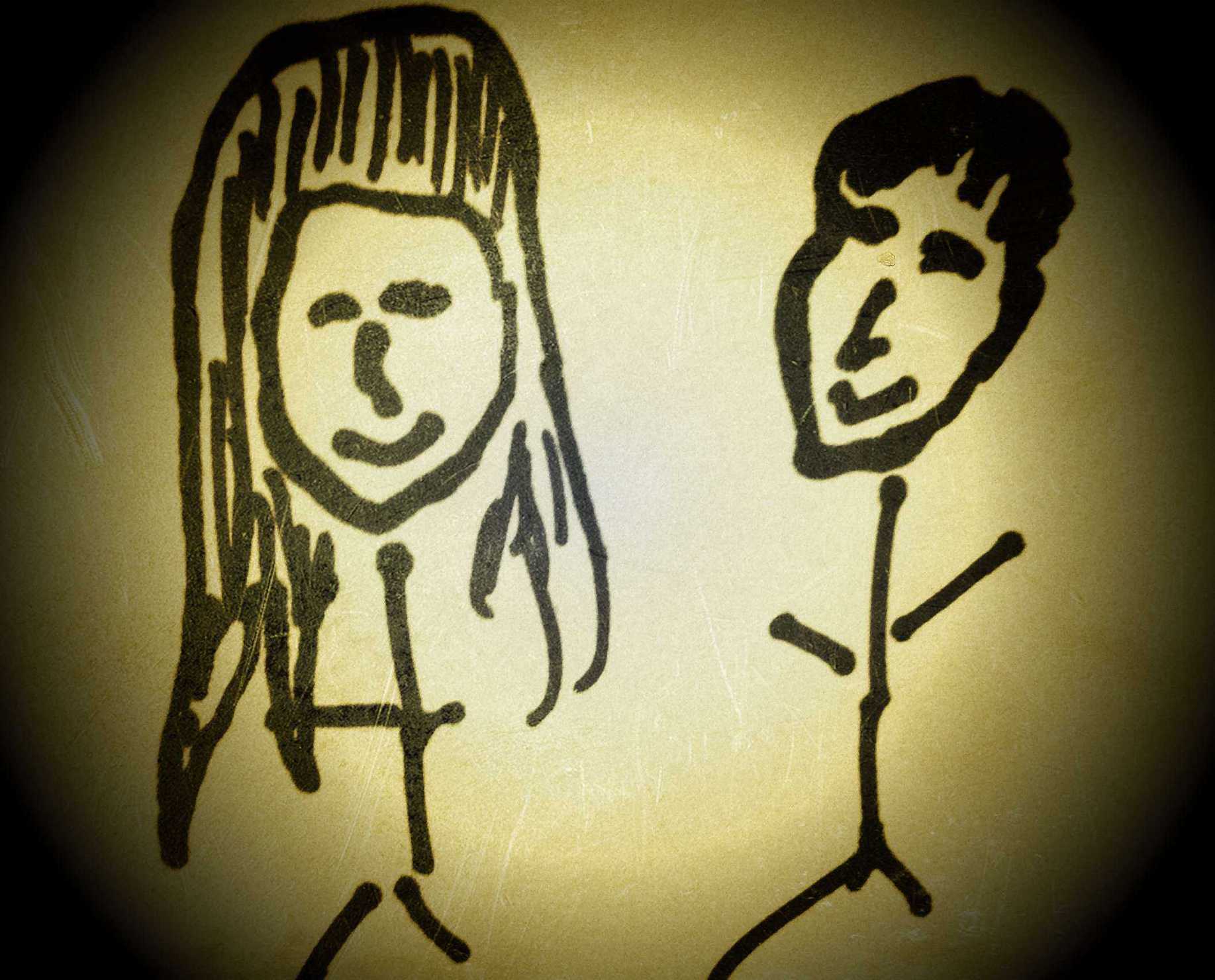 Screen shot of Amy and Adam during the investigation of Belvoir Winery.

A few nights ago, I had a dream that Amy and Adam stopped by and staged another moment with a working camera, just for me. Ha! (Ahem…. Are you reading this Amy and Adam?)

I can't lie. I'm super bummed, but maybe the absence of evidence is evidence itself? What are your thoughts?
P.S.    Though I did not run audio for every part of the investigation, I do have audio for much of it… and it exists in digital format and was not erased. Stay tuned.