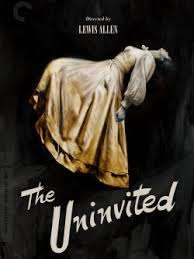 Last night Meril and I were burrowing in blankets on a chilly and windy evening at home alone, as Joe is away for work this week. We decided to catch up on another film on my list of movies to check out this fall. The weather the last few evenings here in the St. Louis area could not have been more perfect for an old black and white spooky film, so we made hot beverages (well I did, anyway), lit several candles, and popped in the recently released 1944 film The Uninvited. The cast includes Ray Milland, Ruth Hussey, Donald Crisp, Cornelia Otis Skinner, Dorothy Stickney, Barbara Everest, Alan Napier, and Gail Russell.
When it was over, we went out for our bedtime walk. Not only was it bitterly cold, but the earlier rain and wind had turned many of the trees naked for the first time this season. The misty cloud cover in the moonlit sky created an eerie, muted, black and white scene. Our day was closing with quite the Hollywood ending, minus having to retire to a quiet and cold bedroom by ourselves. I resisted turning the heat on and imagined we lived in an earlier time, wishing we had an old fireplace to take the chill away.

Some of my brief thoughts about the film 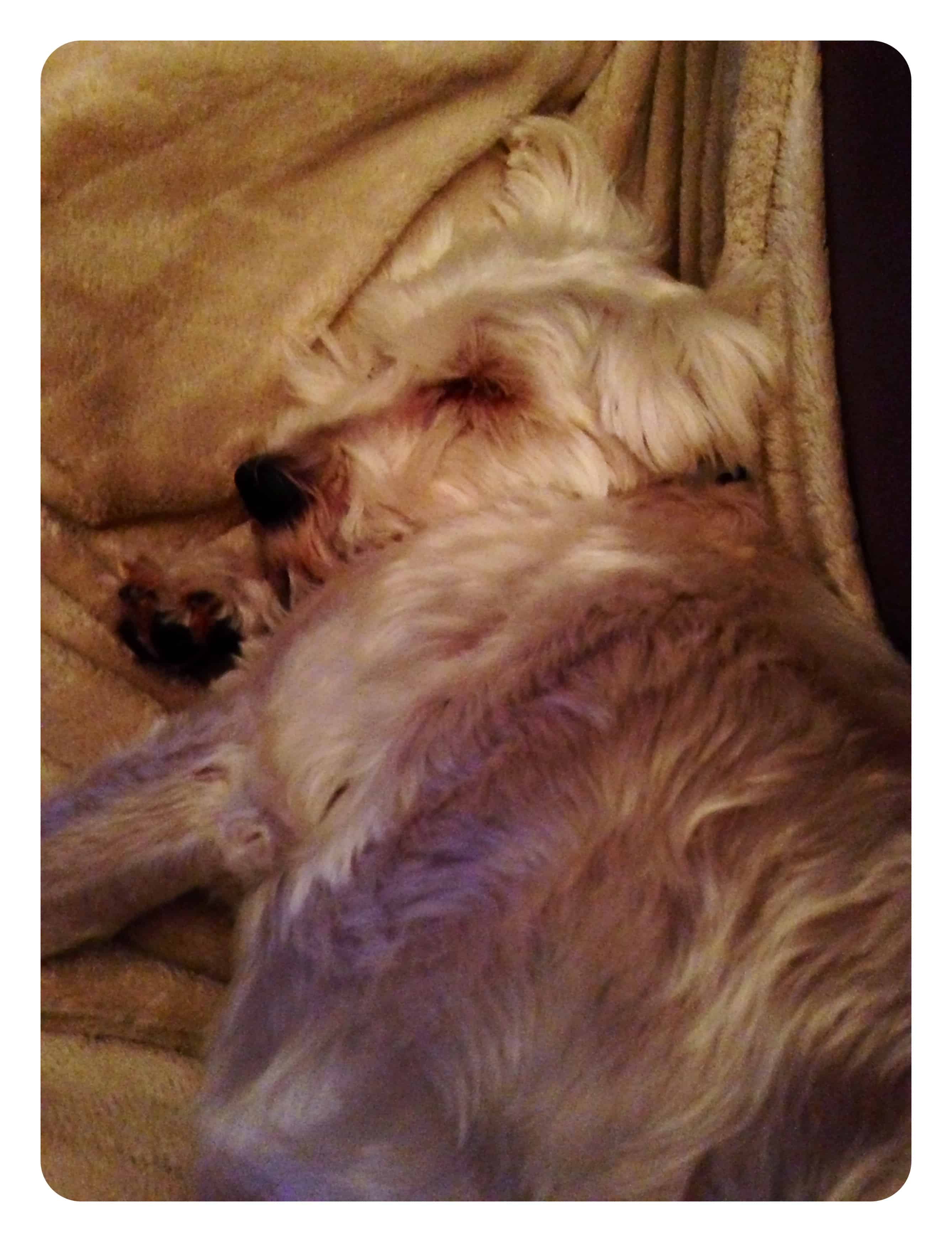 Meril watching (or not) The Uninvited.

It appears Meril missed quite a bit of it, but I loved the movie. In this DVD, released by The Criterion Collection, the film is completely remastered and presented in its original aspect ratio on widescreen televisions. For the few times I got lost in the plot, I was able to refer to the very informative booklet included with the DVD. It includes several pages (with photos) of an essay by critic Farran Smith Nehme and a 1997 interview with Lewis Allen, who was actually a first-time director for this film.
The special features include a “visual essay” by filmmaker Michael Almereyda, which discussed some of the details of the film, the people involved, etc. It was very detailed and interesting. One of the things he mentions is how Gail Russell, who plays Stella, was plucked out of high school by the studio for her beauty. She was horribly shy, not confident, and the stress and anxiety drove her to drinking at such a young age. It was the alcohol that killed her at the age of 36. Apparently it was a common opinion, even by the director, that she was a poor actor with a studio contract who they were stuck with. Since I found her performance to be beautiful, it all surprised me. I felt that Donald Crisp, who was a respected academy award-winning actor by this time, had a horrible performance. It is said that at the time he was insulted to have to work with such a newcomer with no talent and experience. With the exception of Crisp, I thought the cast was spectacular! But what do I know?
I also want to point out that this 1944 film did an excellent job on several scenes with incredibly spooky ectoplasmic ghost manifestations. I expected to laugh at dated effects, but they really held up and are actually quite beautiful and impressive for 1944.
The film includes an original song, Stella by Starlight, which in the plot is written by one of the main characters, and in real life was later arranged with lyrics and covered by many famous artists. Here's an overly dramatic but beautiful orchestral version. It is definitely not this dramatic in the film.

A haunting bit of information regarding this song was shared in the special features. Apparently in 1961, Gail Russell was known to frequently call into a particular radio station and request to hear Stella by Starlight. It is rumored that the night before she was found dead (apparently alcohol related), she had called in for her traditional request.
Like many of these old films that I like, if you require your spooky old movies to include the classic old house (a beautiful and massive one), having to use candles in place of electricity, a séance scene (which you KNOW I enjoyed), and some really fantastic ghostly moaning, then add this to your list for sure! Click HERE to see the original trailer for the film.

Next up! This year's pumpkins turn into Jack-O-Lanterns!