I am just about finished with Heavenly Hugs: Comfort, Support, and Hope From the Afterlife by Carla Wills-Brandon, PhD. The author mostly discusses and tells stories of Departing Visions, which are often witnessed when a person is close to death (usually within hours). A common example of this would be when the dying person sees a long dead relative and begins speaking to them. Many believe these visitors are there to comfort the dying or even to help them cross over.
But a portion of this book also discusses Afterlife Visitations, and so today I feel inspired to share an experience that my father has talked about many times. 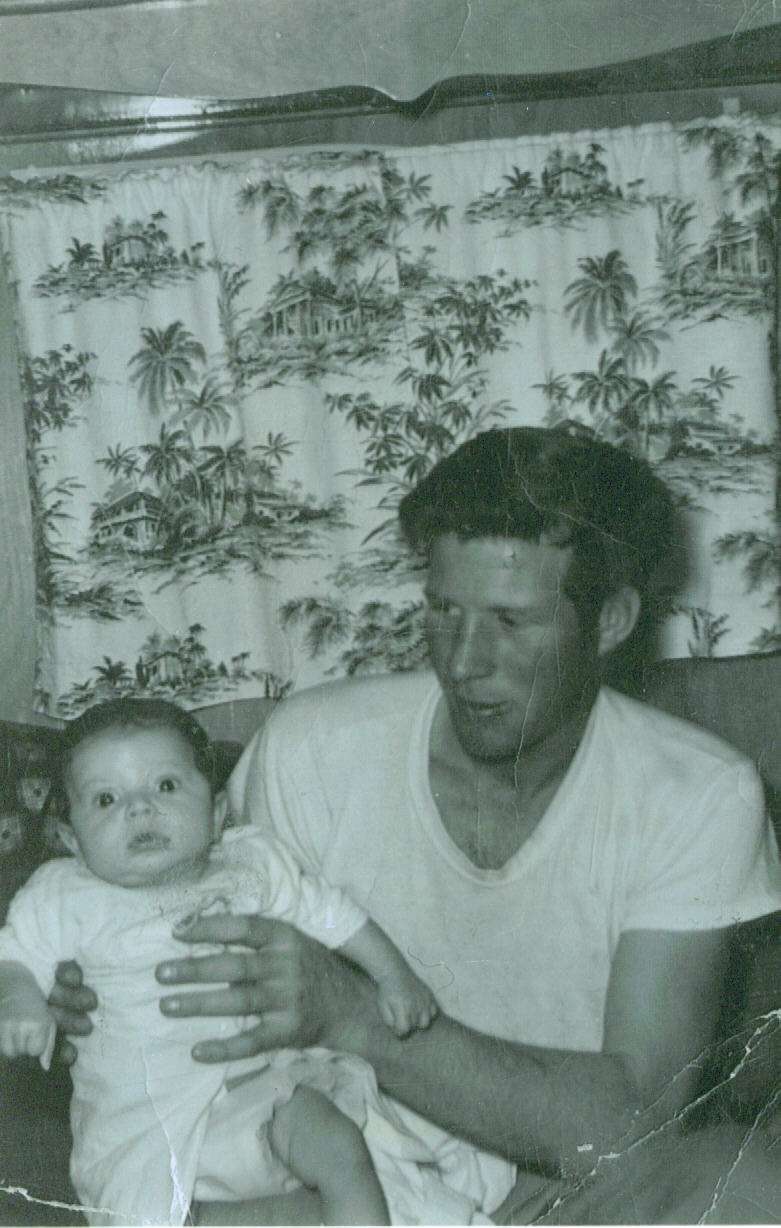 Grandpa Keller holding my dad as a baby.

When I was very little, my dad used to go to work with my Grandpa Keller for a while, and grandpa would come by our house at around 2:30 or 3 in the morning to pick him up. My dad says that you could always hear his old beat up truck with a loud muffler outside when he arrived. Often when my dad was late or if he slept in, my grandpa would get out of the truck and knock loudly on their bedroom window to get him up and going. Well when I was 3 years old, my Grandpa Keller died. Several weeks or a month after that, my mom and dad were woken up in those same early morning hours one spring or summer night. What woke my dad was what he says sounded like grandpa's loud truck. All of a sudden there were loud bangs on the bedroom window, followed by the sound of the loud truck taking off down the road. My mom says she definitely remembers hearing the banging on the window and feeling shocked or stunned. Dad threw on some pants and took off out the front door to see who was there. No one was there. And he claims that even though you could still hear the truck taking off down the road, there were no lights and no truck to be seen.

I don't have many memories from this time, and I definitely don't remember this event, but I love to hear my dad recalling it.