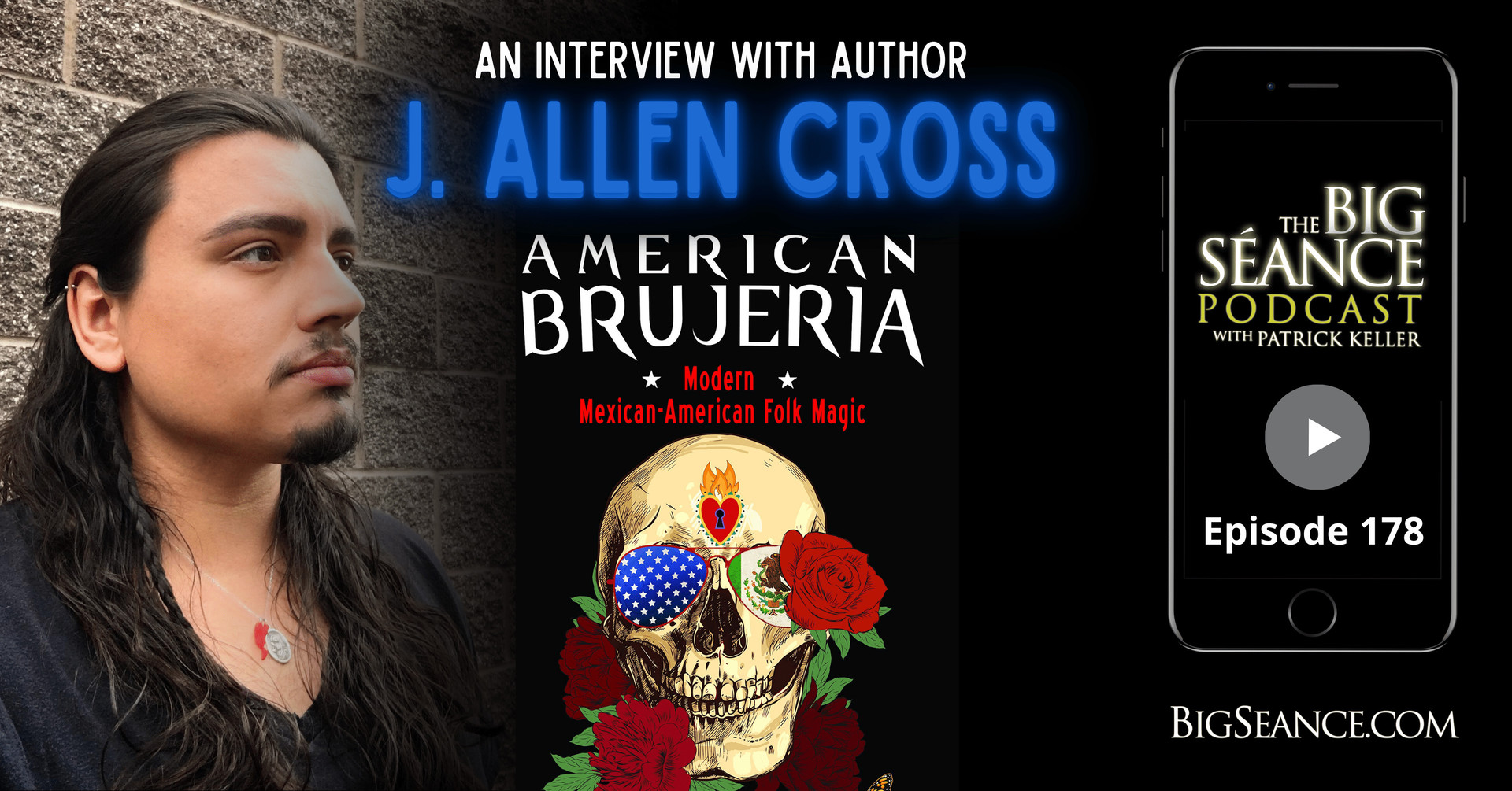 Author J. Allen Cross is a practicing witch of Mexican, Native American, and European descent, who has written a new book, American Brujería: Modern Mexican-American Folk Magic. Besides this exciting upcoming book, other topics include negative entities and agreements, creatures on the Other Side, and using his abilities as a psychic medium to help others.

In Joshua’s interview on Ask a Hag, he discussed Marilyn Painter’s interview in the very first episode of the Big Seance Podcast regarding Demons and Agreements. 5:15

What is the difference between Brujería and Mexican-American Brujería? And what are the misconceptions? 11:00

More on Demons or Negative Entities, and Agreements. 20:57

Joshua’s work in the paranormal as a psychic medium. 24:37

Psychic mediums on some of Joshua’s favorite paranormal television shows. 27:57

There are creatures on the Other Side! 32:15

The moment Joshua learned he could use his psychic abilities to help others. 37:00

Final thoughts and what’s coming up for J. Allen Cross! 43:25

A special THANK YOU to Patreon supporters at the Super Paranerd and Parlor Guest level! 45:47

For more on J. Allen Cross: