220 – Ghost Hunting Before the Victorians with Tim Prasil – Big Seance 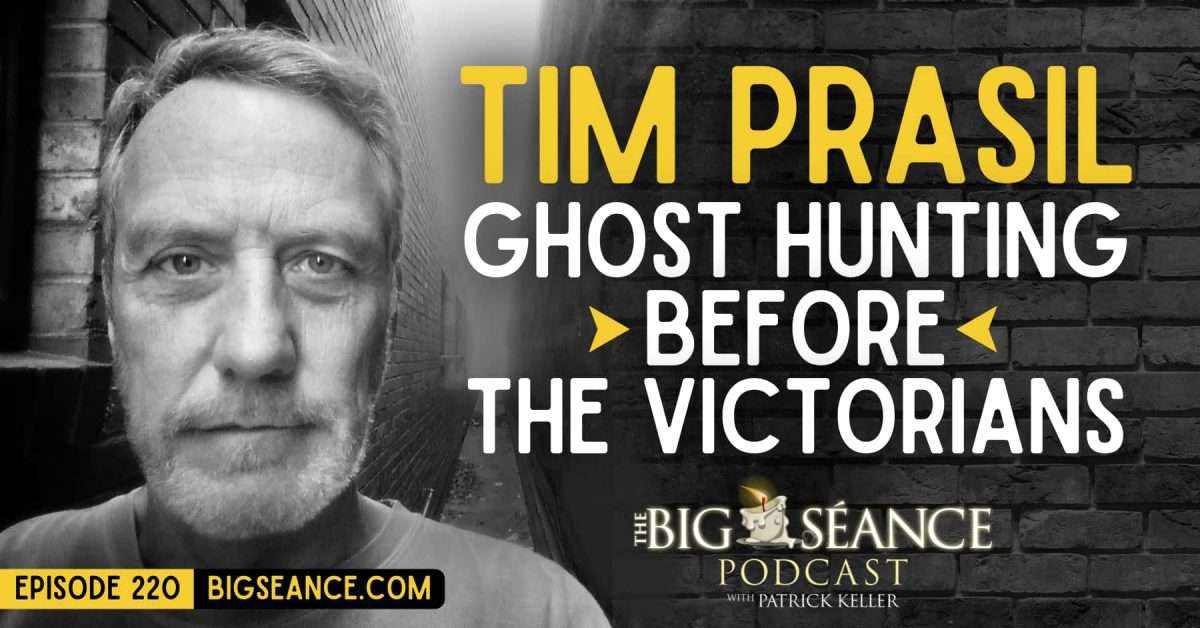 Did the Victorians invent ghost hunting? Tim Prasil, author of Certain Nocturnal Disturbances: Ghost Hunting Before the Victorians and the familiar voice of Spectral Edition segments, returns to the Big Seance with the answer! Plus nocturnal surveillance, the legendary story of Athenodorus, centuries of rattling chains, Hinton Ampner, and the purposeless ghost!

Tim Prasil writes ghostly mysteries; he anthologizes quirky, mostly 19th-century fiction, and explores historical ghostlore. He’s also been known to scribble a limerick. Once upon a time, he had a career in radio broadcasting that took him from announcing to copywriting — and from Illinois to Mississippi, back to Illinois, to Wisconsin, and finally to South Carolina. He then moved to Boston and earned an M.A. in English, taught in upstate New York, and moved to Milwaukee to earn a Ph.D. in English. After thirty years of teaching at the university level in Wisconsin and Oklahoma, he’s now focusing on his books. Some of those titles include Help for the Haunted: A Decade of Vera Van Slyke Mysteries (from 1899-1909), The Victorian Ghost Hunter’s Casebook, Entranced by Eyes of Evil: Tales of Mesmerism and Mystery, and The Lost Limericks of Edgar Allan Poe. 1:26

Nocturnal surveillance and the legendary story of Athenodorus. 10:41

The trend of ghosts with rattling chains. “I’m hoping that some of my readers are ghost hunters, and maybe they’re a member of an investigation team, and they see that that tradition goes back to the 1500s and they say, ‘That’s cool! I am part of this very long legacy.’” 16:55

The legend of Antoinette Deshoulieres 19:17

Joseph Glanvill, the Drummer of Tedworth, and other historical ghost hunts. Plus the practice of interviewing witnesses. 23:18

What will the future say about our ways of ghost hunting and researching the paranormal? 30:24

Hinton Ampner and the Purposeless Ghost 32:00

What time in history would Tim like to go back to? And who would he be? 39:05

Tim’s experiences with a theatre ghost! 40:21

Ghost hunting was very leisurely in the Victorian period. You let the ghosts come to you. 42:19

The tradition of sharing ghost stories by a fire and Tim’s Tales Told When the Windows Rattle YouTube series 47:44

A special THANK YOU to Patreon supporters at the Super Paranerd and Parlor Guest level! 53:10

Episode 22 – Tim's first appearance and interview on the book, Help for the Haunted: A Decade of Vera Van Slyke Ghostly Mysteries (1899-1909)

For more on Tim Prasil